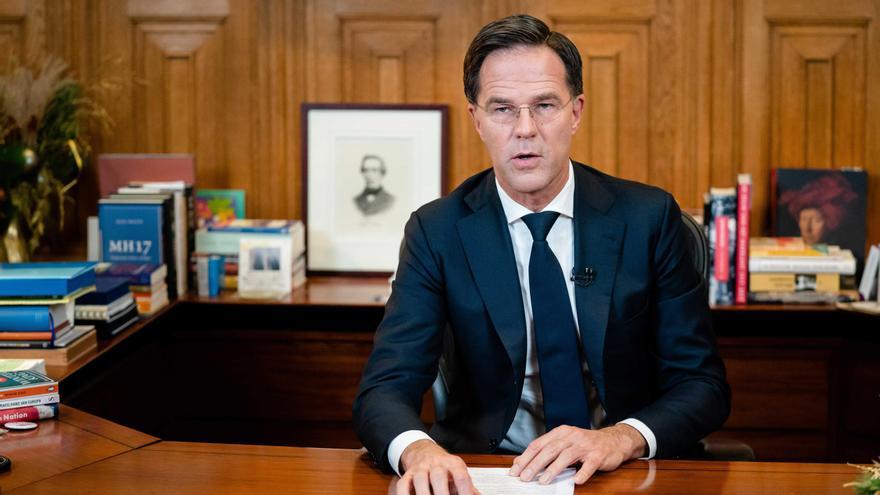 The Dutch Government has presented its resignation en bloc on Friday due to the controversy caused by administrative illegalities in the allocation of aid to families with children, which mainly affected parents of migratory origin and led many to go into debt to return to the tax agency what has been received for years, as reported by local media and confirmed by Dutch television NOS.

Just two months before the legislative elections, the cabinet led by the liberal Mark Rutte assumed political responsibility for what happened, considered by the press the biggest political and administrative scandal of Rutte’s legislatures, leading successive governments since 2010.

The Executive will remain as interim government until the March 17 elections, which will allow it to continue managing the pandemic and applying the necessary restrictions as part of the current lockdown, which keeps all non-essential activity closed until at least February 9.

According to commentators, it is the biggest political and administrative scandal in the Netherlands. Tens of thousands of families, mostly of Turkish and Moroccan origin, were victims of false accusations of fraud of the allowance they used to finance the care of their children and were forced to return huge amounts of money to the Treasury, sometimes up to 100,000 euros, within weeks, leading many to lose their home, their job or go into debt for it.

The first cases date back to 2014, when the tax authorities began to send letters to parents communicating the withdrawal of the aid they received to pay for their children’s daycare, and accused them of tax fraud, asking them to justify the expense and their financial situation with receipts, babysitting bills and employment contracts.

The accusations were made apparently without any basis, and the tax agency did not give explanations to those affected either, later showing that mainly families with foreign origin had been the target of this measure, and that their second nationality was indicated in official documents, something illegal for discriminatory.

The practice continued for years, even to this day. Different researchers – also journalists and deputies whom the Tax Agency itself tried to hinder the search for investigations – see it as a clear case of “institutional bias.”

A committee established to investigate what happened concluded that there was an “institutionally biased treatment” by the Treasury, which managed the benefits as a “massive process”, causing the parents not to receive the necessary protection “thus violating the fundamental principles of the rule of law” , and the Data Protection Agency elevated the Treasury’s working method to “illegal, discriminatory and inappropriate.”