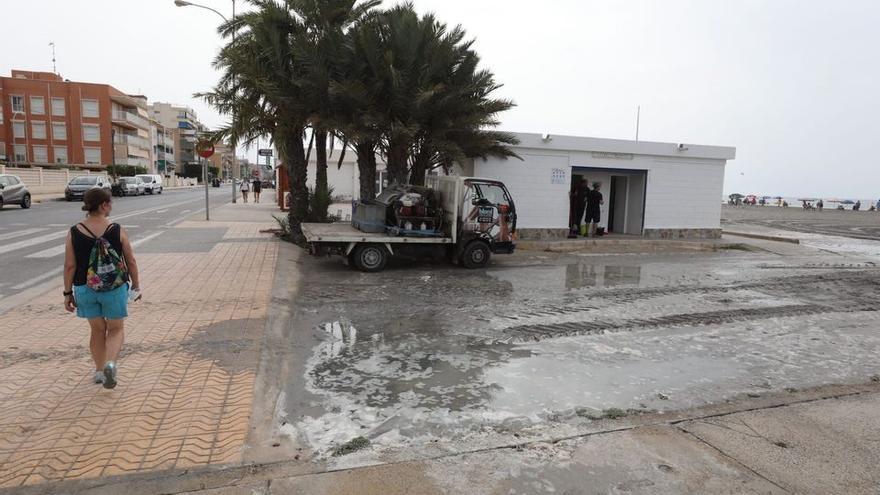 Air weighs, and the weight of air per unit area is what we call atmospheric (and to a lesser extent, barometric) pressure. We are submerged in an “ocean of air” and the pressure integrates all the weight of the air above us, depending on Meteored.

If the air layer weighs more / less, the air above us is denser / less dense. Warm, humid air (equatorial zones) is less dense than cold, dry air (polar zones). For our reasoning, we will remove the water vapor.

If we assume that there are no weather systems that affect us locally (storms, lows, fronts, anticyclones, etc.), then the pressure will vary locally if we have warmer or cooler air throughout the vertical. And here is the key to one of the hypotheses of the formation of our “tide” in the pressure field.

The components that combine to cause this variation are also complex and not fully understood, but the solar component, called radiative forcing, is dominant.

The effect of diurnal pressure variation It is most noticeable in the tropics where the incoming solar radiation is higher but, as the dynamic forcing is weak in these regions, the absolute changes in surface pressure are small: an observation in a tropical station taken at the same time the day has an average difference of ~ 0.7 mb from day to day, although the barograph footprint will show a semi-diurnal trace, roughly sinusoidal, with a range of 3 mb over the course of 24 hours.

On the contrary, changes in surface pressure at mid-latitudes they are dominated by the dynamic forcing associated with the passage and changes in the polar jet, storms and anticyclones causing much faster pressure changes in the short term.

In the British islands, For example, an observation taken at the same time each day has an average difference of almost 6 mb from day to day, while 10 mb or more is quite common and a difference of more than 20 mb is far from rare. As a result, a mid-latitude barograph trace is often irregular and generally masks any underlying diurnal cycle.

From the City Council of Santa Pola the following statement has been made public: “From the Local Police they transfer us that around 3:00 in the morning we have suffered a rise, approximately one meter, and a sharp drop in sea level, in very a short time, causing the beaches in the area of ​​Playa Lisa to flood, overflowing into the street and damage to several fishing boats, caused by collisions between some of them. Another hard blow that our fishing sector receives for having been the most affected ” .

The phenomenon has caused great expectation among residents and merchants and is the most talked about issue of the day in bars and terraces of the fishing village. In principle, it is not foreseen to carry out a special cleaning device, due to the sand and mud carried away or due to the concentration of water in unusual points.