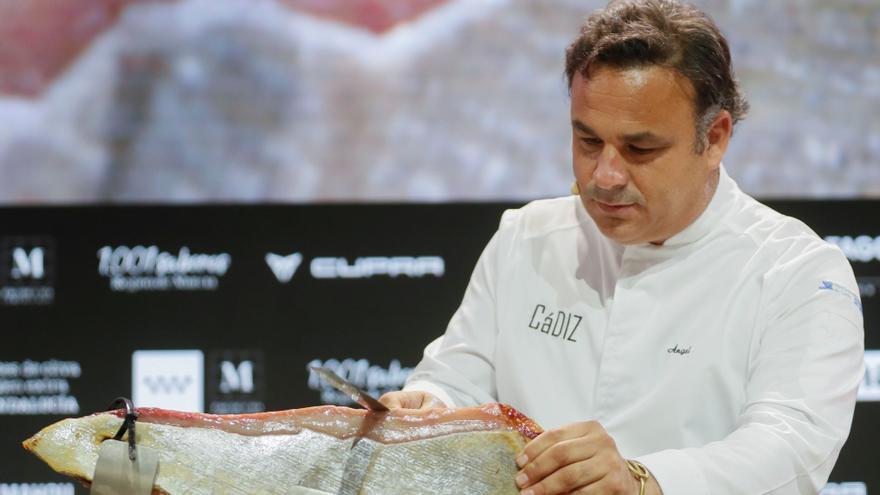 Madrid, May 31 (EFE) .- Ángel León, with three Michelin stars in Aponiente and one in Alevante (Cádiz), has again demonstrated this Monday in Madrid Fusion that there is much to discover about the sea, this time with the orchards of marine cereals that have connected him with an indigenous tribe in Mexico, and with tuna turned into ham from the sea.

After achievements such as extending the use of discard fish or introducing plankton in human food, León decided to look at the bottom of the sea as if it were farmland and found the eelgrass with its ears full of grains similar to rice.

He only found a written reference, in the Science magazine that in 1973 dedicated a report to the Seri tribe of Sonora (Mexico), which had it as the basis of their diet, so he took his project to the FAO and, after receiving the approval From a scientific committee for its richness in proteins, lipids, carbohydrates, fiber, vitamins and Omega 3, he began to cultivate this marine cereal in estuaries.

They already have three plots that constitute “the first domestication of the seagrass”, with a yield of between 3,500 and 5,000 kilograms of grain per hectare, the one known as “the chef of the sea” has highlighted. “We are going to have a seed bank from Spain to the world,” he added.

His next dream is to take it to extensive cultivation, since it is irrigated with seawater and can be a food solution for countries with drought problems such as Africans.

Shortly after his work was published in Time magazine, the Seris contacted him to help them conserve this endangered plant, something that worries the scientific community because its stems “serve as a refuge for 50% of the species commercial fish farms produce oxygen and capture carbon, thus mitigating the effects of climate change, “said the biologist from Aponiente, Juan Martín, who does not hesitate to define it as a superfood.

This community does not cultivate the seagrass, but each April collects its fruits, which grow naturally in an area of ​​10,500 hectares, to later grind the cereal from the sea, toast it and prepare a cake with that flour that serves as a base for different preparations or it can be taken alone with honey.

The Aponiente team has helped the Seris to reforest their habitat, an initiative that makes them “believe even more in a project that is called to revolutionize the world,” said León.

“The chef of the sea” also makes pancakes with this marine cereal whose flour “smells like marsh, shrimp, cockles …”. But the innovation does not end there, because on them it has thin slices of ham and shoulder of the sea.

After presenting marine sausages such as sobrasada, sausages, sausages, chorizo ​​or salami for years, he takes another step forward with ham from the sea, which gives him “a new possibility to talk about tuna cuisine”, one of the kings of gastronomy Cadiz.

In collaboration with the Petaca Chico trap, this silver-skinned marine ham consists of tuna bellies weighing between 250 and more than 300 kilos in which brine, wind and time intervene. “It has nothing to envy to pork, it has the same texture and an impressive fat infiltration, even more so on the shoulder”, has detailed León, for whom it is “very exciting” to take one of the emblems of Spanish gastronomy to the sea .

“There is still everything about the sea to discover and we have been at it for 15 years. They told us that we would drown in the sea, but important things and discoveries are coming, because this is only the beginning of dreaming of orchards in the sea, which open up a world of proteins marinas that are not fish “, summarized Ángel León.