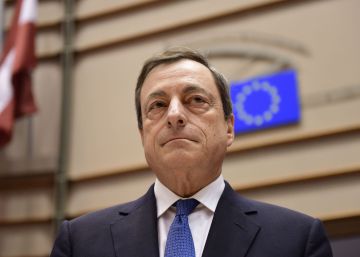 Mario Draghi says goodbye today without knowing all the effects of sor last stimulus package. Until November – in Spain – we will not know if it has served to soften or reverse the growing credit contraction. And then, if the stimuli have been from this point of view – key – sufficient for a correct transmission to the client of the global monetary policy. Or we should expand them.

But they are already substantial in other areas: the risk premium, the additional cost of borrowing in Spain or Greece compared to Germany. Since the September 12 package, the Spanish has dropped from 78 points to 64 (for an annual peak of 131), and the Greek, from 208 to 167 (for an annual 425 zenith). Who maintains that the monetary policy is useless for a similar financing of the different public debts and the financial convergence in the single market, which denies these data.

Although there are weeks to see the whole grounds. More merit of the ECB's dome that adopted the package, knowing that he would not enjoy it. Everything indicates that Draghi not only wanted to mark his legacy, but to make lightning rod of his successor, Christine Lagarde; Attract the wrath of the hawks towards him and thus clear the way.

How did the management of Draghi benefit us? Of course, he saved the euro with his July 2012 sentence: "I will do everything necessary to save the euro …"If I had muted, there would be no single currency, nor the hawks that attack her. Of course, it consolidated the ECB, paying attention not only to inflation, but also to interests that also appear in its mandate, such as growth and employment. In addition, in time of overlapping the monetary and budgetary throughout the globe, its measures have had a beneficial impact equivalent to the fiscal one.

The monetary expansion —which is, after all, dispensing liquidity, and cheap, with different formulas— has reduced the cost of debt: the Spanish bonds circulating in 2011 cost the State an average of 4%; now it is 2.3%; the new issue cost 3.90%; now, 0.64%. Because of the low rates, Spain and Germany "have received higher interest earnings than they have paid out in interest payments," the central banker certified as early as 2016. And thanks to that, Greece already charges – and does not pay – to sell its bonds (short term, three months): 0.02%. The miracle.

Not only does the state win. Families and businesses will pay 17,000 million in interest this year in Spain, compared to 106,000 million in 2008, according to Funcas.

Thus, the expansionary monetary policy opens space for the action of a fiscal policy that invests more at a lower cost; to increase the debt slightly (or reduce it), paying less for your bill; that boosts private consumption, as if it were a fiscal reduction – more money in hand for all – but without the inconvenience of its correlation in austerity budget policies, cut social spending.