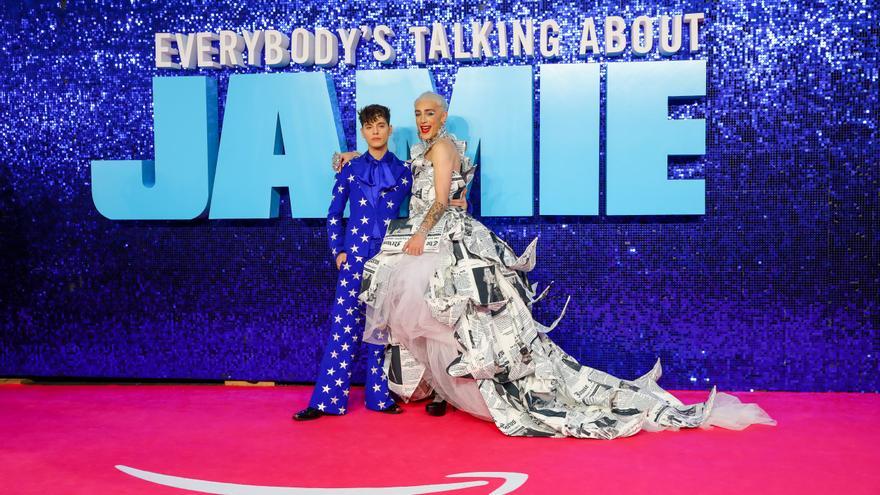 London, Sep 13 (EFE) .- The ‘drag’ movement is a revolution in itself, and for many a way of life that is known thanks to the movie “Everybody’s talking about Jamie”, who lived this Monday in London its opening night and will hit screens around the world on September 17.

The Royal Festival Hall, on the banks of the Thames, dressed up for the world premiere of the Amazon Prime film and drew a pink carpet that the most extravagant and colorful looks stepped on, since the rules of etiquette were clear: “Be you me more fabulous “.

An evening that began with the composer of the film’s soundtrack, Dan Gillespie Sells, together with his band “The Feeling”, who performed “Everybody’s talking about Jamie” -the main theme of the film of the same name- amid cheers and applause.

“Everybody’s talking about Jamie” brings a true story to the big screen. That of Jamie Campbell, a young man from Sheffield (central England), who fulfilled his dream of becoming a “drag queen” when he turned sixteen.

Campbell rose to fame a decade ago, in 2011, following the airing of his autobiographical documentary “Jamie: Drag Queen at 16”, which inspired the duo of Jonathan Butterell and Tom MacRae to turn it into a musical in 2017, and direct and write the movie script four years later.

A film that has an exceptional cast, with young promise Max Harwood at the helm in the role of Campbell; accompanied by Sarah Lancashire in the role of Margaret, the mother; or the drag queen Bianca del Rio as Miss Haylock, the art teacher, among others.

Through its soundtrack, a very careful set design and references to Islamophobia, homophobia, harassment or the AIDS crisis, viewers dance, clap and cry for 115 minutes.

This film removes make-up from the universe of “drag” and humanizes it through the figure of Campbell beyond the stereotype of “men dressed as women”, false breasts, wigs and “lip-syncs” (lip tightening).

“Everybody’s talking about Jamie” is a shout of hope for all those children who sneakily dress up in their mothers’ dresses and put on their heels trying to show their true selves.

The film will hit the Amazon Prime catalog on September 17, and then even in those countries where being a “Jamie” is a crime, it may be remembered that his name translated into Arabic, “Jamil”, means pretty.