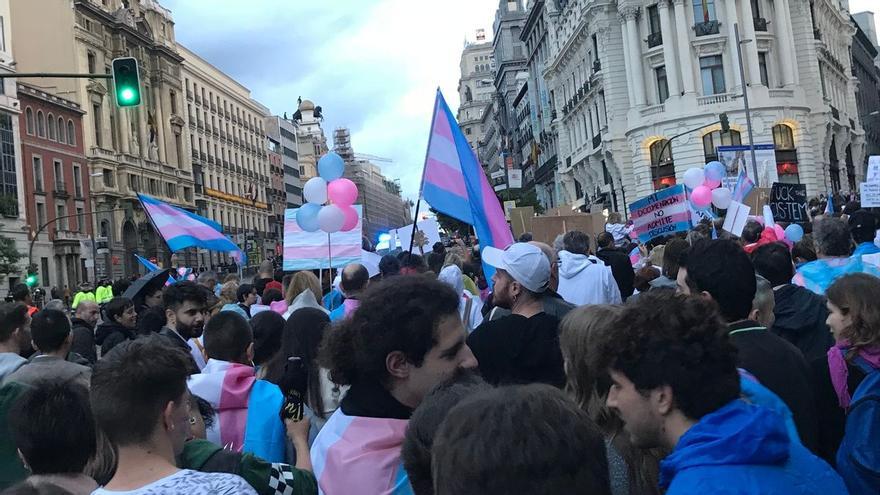 The Trans Law guarantees that trans people will be able to change their name and legal sex without the need for medical or psychological tests and shields “the right to freely manifested gender identity.” This is stated in the draft of the Law for Real and Effective Equality of Trans People, to which elDiario.es has had access, which has been drawn up by the Ministry of Equality and which is currently in full negotiation phase with the first vice-presidency of the Government with the idea of ​​taking it to the Council of Ministers in the first half of February. The text, which may be modified, endorses one of the collective’s historical demands and encourages the depathologization of transsexuality. This is one of the internal battles that the Coalition Executive has led and it also confronts different sectors of feminism.

The norm recognizes that the request for the registration rectification of the mention of sex, that is, its change in the Civil Registry, “does not require more requirements than the express declaration” of the person. “The exercise of this right in no case may be conditioned to the prior display of any medical or psychological report, or the prior modification of the person’s appearance or bodily function through medical, surgical or other procedures, without prejudice of the right of the interested person to make use of such means “, reads the text, which thus modifies the current law and eliminates the requirements that are now required of trans people. All this part of the rule is practically the literal that was about to be approved in Congress in 2019 at the behest of a reform promoted by the Socialists.

Currently, they are forced to have a psychological report that diagnoses them “gender dysphoria” and to have been at least two years in hormonal treatment to change their registration mention. A process that many qualify as “pathologizing” and a paradigm, that of considering transsexuality as a disease, which several international organizations have asked to overcome. In addition, nine autonomous communities already guarantee it within the scope of their powers. If approved, people who want to modify their legal sex will have to indicate their own name, if they wish to change it, and the sex with which they identify “in order to prove the will of the person concerned, as well as the necessary data for registration. to be rectified, and the number of the national identity document “.

The norm also foresees to include minors, currently excluded contrary to what a recent ruling of the Constitutional Court ruled, and establishes that people between twelve and sixteen years of age can make the request “through their legal representatives or by themselves with their consent.” From the age of 16 they will have autonomy to do so, and for those under the age of twelve or those persons “with the capacity to act judicially modified”, their legal representatives must be the ones who request it. In the event of disagreement between the parents, among themselves or with the minor, the latter may make the request through any of their representatives, or a legal defender will be appointed, as established in the Civil Code.

Foreign persons who, even though they do not have Spanish nationality, have legal residence in Spain are also included in the possibility of modifying the registration, as long as they “prove” the impossibility of carrying it out in their country of origin or whenever it involves a risk for your life or integrity.

The law also details that the rectification of the registration mention “will not alter the ownership of the legal rights and obligations that may correspond to the person prior to” the change, and specifically names, and “in particular” for the purposes of the established in the Comprehensive Law against Gender Violence. Precisely the effects that the change of law could have on aggressors convicted of sexist violence is one of the criticisms made by a sector of feminism, and was also included in the internal argument of the PSOE against gender self-determination made public in summer and signed between others by Carmen Calvo. According to this thesis, there would be aggressors who could claim to be women in order to avoid being sentenced by law.

“Self-determination about the body”

The text recognizes that all people have the right “to the recognition of their freely manifested gender identity” and to be treated in accordance with their identity “in all public and private spheres.”