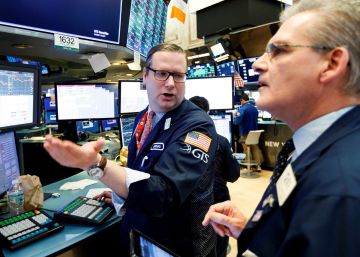 If members of the Federal Reserve needed a final test to lower interest rates at the end of the month, they found it in inflation. The annual index weakened again in June and stood at 1.6%. It is two tenths less than the previous month and the lowest level in four months. The Federal Reserve, therefore, has room to act preventively and that gave new impetus to the Dow Jones, which touched for the first time the mark of 27,000 points in the opening. The S & P 500 did something similar on the eve, exceeding 3,000 points.

That the central bank is going to lower the price of money is something that is taken for granted. The question is whether Powell will proceed to a cut of half a point on July 31 or will do so in a staggered way throughout the year. That would imply that the next cut would be in September. The market anticipates, even, a third in December. Interest rates have been between 2.25% and 2.5% since December.

Although inflation gives the Fed leeway to act, the reading of the June indicator is better than expected. Prices rose one tenth in the month. The annual rate is 2.1% when energy and food are discounted, due to the increase in prices for clothing, used vehicles, furniture, health services and rents. This could be partly due to tariffs on China.

Inflation represents a headache for central banks. Powell explained that the economy is very different from that of two decades ago, to justify the weakening of the relationship between employment and inflation. "The connection is much smaller," he said. The neutral type was also reduced in parallel. But he hopes that at some point the rise in wages will be reflected in prices.

The laxity of monetary policy was one of the main factors that fueled the recent comeback on Wall Street, after the end of 2018 dominated by uncertainty and volatility. Also the expectation that the commercial dispute between the US and China will be resolved. However, the market will be vulnerable at maximum levels and quarterly results will be determinant in its evolution.

The new historical brand in the Dow Jones and the S & P 500 is also supported by the 4% appreciation of UnitedHealth insurer, after circulating that the White House takes a step back in a key proposal to lower the price of medicines. CVS Health earned 7% at the start of the session and 14% Cigna. Amazon, meanwhile, appreciated close to 1% and recovered the trillion of capitalization.

Jerome Powell intervenes again this Thursday before the Senate. His intervention on the eve was also accompanied by a weakening of the dollar, which is changed to 1.13 units against the euro. President Donald Trump used the strength of the greenback to charge against the Fed's monetary strategy and accused the European Central Bank of manipulating the single currency.

The rate of 10-year Teroso bond in the US is 2.08%, below that given by the Fed. "It reflects that we have indicated that we are willing to act," Powell pointed out to the senators. while reiterating that the central bank is willing to do what is necessary to sustain economic expansion.