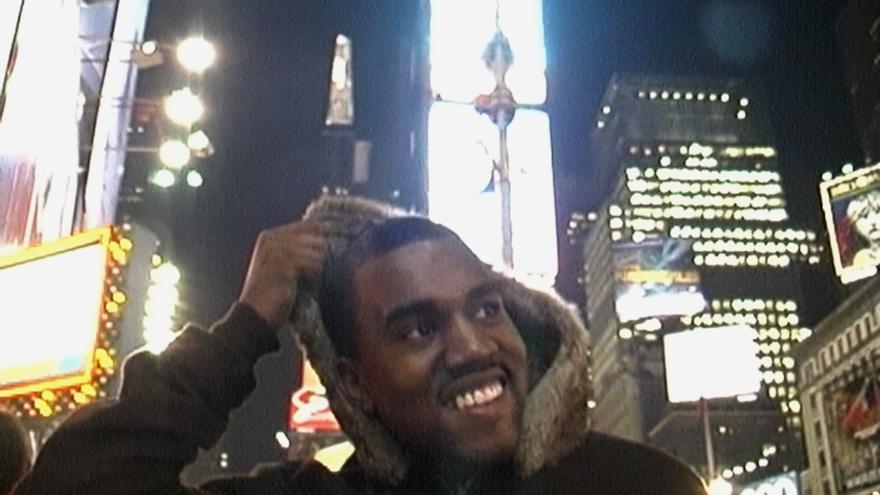 Despite being steeped in controversy, especially in recent years, Ye, an American artist formerly known as Kanye West, is considered one of the most influential artists of the century. The producer, rapper and singer, born in Atlanta but raised in Georgia, has 75 Grammy nominations, of which he won the award 22 times.

Although news is continuously generated around his figure, especially for extra-musical reasons, the relevance of his legacy makes it interesting to view jeen-yuhs: A Kanye Trilogy, a documentary in three parts and more than five hours long, whose first chapter premieres on Netflix this Wednesday, February 16. The remaining two will appear on the platform in the following weeks.

When it is said that jeen-yuhs: A Kanye Trilogy covers more than twenty years of filming there is not the least bit of exaggeration. The first interview with Ye shown in the series by one of its directors, Clarence 'Coodie' Simmons, dates back to 1997, during a review of the effervescent Chicago scene for Channel Zero TV. The filmmaker is immediately fascinated by the talent and ambition of the then rap producer.

In 2001, after moving to New York and signing beats to Jay-Z's legendary album The Blueprint, Kanye convinces Coodie to record material with a future documentary about his long-awaited rise to fame. Infected by his spirit and armed with a video camera, he becomes inseparable during those first years of continuous arm wrestling against the industry.

The documentary is co-signed by Coodie alongside Chike Ozah, whom they meet during one of Ye's first appearances on MTV. Together they would sign West's first video, Through The Wire, an almost instantaneous success at the time, and from that moment on he became part of the artist's usual team. In fact, jeen yuhs (literal pronunciation of geniusgenius in English) also describes the duo's beginnings as music video creators, known as Coodie & Chike.

Coodie himself makes it clear at the beginning that this piece is built from closeness and friendship. Being author and narrator, forming part of history, it would be impossible to think of an impartial portrait. That converts to jeen-yuhs: A Kanye Trilogy in a documentary intended primarily for fans, but also for those interested in the hip-hop industry in the late 90s and early 2000s.

The material is amazing. Seeing West trying to convince the Roc-A-Fella execs of his talent as a rapper, being ignored and leaving the office dejected borders on embarrassment. It is rap history to listen to Mos Def and Talib Kweli intercede for a frustrated signing by the Rawkus label. Especially during the first episode, Act I: Visionit is surprising to witness how they close the doors to an artist who would later put the industry at their feet.

These are times when he almost cries before a journalist while defending being, more than a producer, "a rapper, a storyteller" and admits that he is rehearsing a hypothetical speech to the grammys. His insistence begins to bear fruit: DMX and Mos Def hallucinate in the backstage with his phrasing for Two WordsJay-Z lets him rap on The Bounce and Pharrell Williams, one of the few producers on his level of influence, gasps when he first hears Through The Wire. The camera sneaks into the rehearsal room and studio as he works on future hits like jesus walks or slow jamz.

The complex traits of his personality were already there. In the obstinacy of someone who fights for recognition that he doesn't have or in the ambition that moves him to include gospel choirs in a rap. And in tireless work, like when he rhymes to Coodie on the phone after a serious car accident or plans videos in the office while his jaw is repositioned. Also in a permanent frustration that only calms the intimate moments with his mother, Donda, the few in which he seems really happy.

The Act II: Determination ends with the landslide triumph of his 2004 debut, The College Dropoutwhile the last part, awakeningis dedicated to his progressive loss of contact with reality, his mental problems (he is diagnosed with Bipolar disorder), his flirtation with politics and his continuous clashes with other artists. One of them with the film crew himself, with whom he lost contact for years, until 2016. Curiously, the documentary begins there, with Ye about to publish one of his incendiary tweets.

How could it be otherwise, the premiere has also been bumpy. After the screening of the first part at the Sundance Film Festival, Coodie was alarmed by a comment from Ye about his final word regarding the montage. And just a few days ago he surprised again with an alleged request that Drake, with whom he has had a lot of tension in recent years, take over the narration.

Logical reluctance considering the recent history of the artist, who already paralyzed this same project a few years ago, around the release of his album The Life of Pablo in 2016, after suffering a great personal crisis. It seems that the waters have returned to their course and jeen-yuhs: A Kanye Trilogyafter a joint appearance of Ye and Coodie to show the deal, it will be able to have a long life on Netflix.

On a personal level Ye is unfortunately still topical. He seems hell-bent on boycotting at all costs the relationship between Kim Kardashian and actor Pete Davidson, to the extent that his ex-partner fears some kind of physical altercation. While pray to god for a family reconciliation, has decided rule out to his old friend and collaborator Kid Cudi for future releases.

Nonsense aside, like demanding an apology from billie eilish, it seems that musically his talent is on track. A few days ago he published one of his latest production signatures, the fantastic Diet Coke of Pusha T, in which video also appears. This collaboration with one of the mixtape pioneers as half of the Clipse duo will not have been to the liking of the arch enemy of Pusha T, Drake, who seemed to have made amends with Ye after performing together at the benefit concert Free Larry Hoover.

The most important date, however, is Tuesday, February 22. That day (2-2-22) should theoretically be published donda 2continuation of mammoth album which he dedicated last year to his late mother. If there are no usual maneuvers in it such as launch parties frustrated or progressive delaysmay serve to reconcile him to a scene that, despite its continual eccentricities, still owes a great deal to his sound innovations.