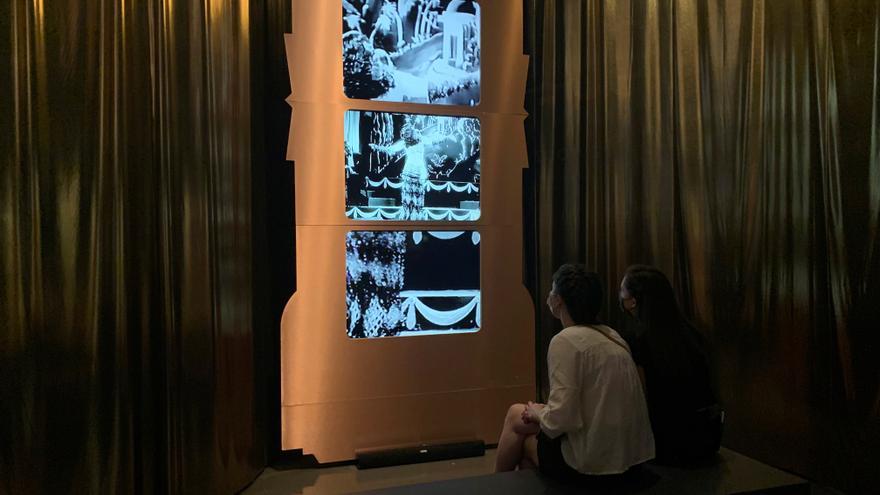 Paris, Jun 6 (EFE) .- Umm Kulthum, Fairuz, Warda, Dalida ... They are the divas of Arabic song, ambassadors of a period of splendor of cinema, now being honored in Paris in an exhibition that extols the role of these women in the Pan-Arab movement, before the rise of religious conservatism.

"We realized that in contemporary culture the heritage of these artists continued to arouse a lot of interest. In Egypt or Lebanon they are still omnipresent. All this made us want to unite them all in an exhibition that has never been done before," he explains to Efe the co-curator, Hanna Boghanim.

At times, the 1,000 square meters that the Arab World Institute has dedicated to "Divas" seem more like a reliquary: Chanel's glasses by Warda, Dalida's dresses, Umm Kulthum's medals ...

Known as the Astro of the East or the fourth pyramid of Egypt, Kulthum mounted the stage holding a handkerchief in her hand, which became a reference scenography, always hidden behind dark sunglasses.

Coming from a peasant family, Kulthum (1900-1975) began by singing religious hymns and reciting the Qur'an until he attracted the attention of celebrities from the musical world among whom he found a place in the Cairo of the 1920s.

Kulthum is today an icon of popular culture, a symbol of an Egypt in search of independence and modernity. His funeral in the streets of Cairo in 1975 was followed by five million people, who carried the coffin of the star for hours.

The French-Algerian Warda Al-Jazairia, a militant in the decolonization of Algeria and star of the Egyptian musical comedies of the 1960s, tried to follow in their footsteps, who also introduced the sounds of the Maghreb into music and whose songs were closely linked to the demands of Algerian independence.

"The political context undoubtedly contributed that they could live freely from their art, but it was often their personal journey and a courage that undoubtedly evolved faster than that of society contributed to their emancipation from the patriarchy", analyzes Boghanim.

FEMINISM IN THE 20'S

In order for them to gain a foothold in a world controlled by men, others led the way since the beginning of the century, such as Ceza Nabaraoui, founder of the feminist magazine "La Egipcia", in 1923, or Hoda Chaaraoui, the first woman to appear publicly. without a veil, and that in 1908 she founded a philanthropic society that campaigned for the education of women.

These pioneers, singers, dancers, actresses, businesswomen and militants of Arab nationalism created a context that facilitated the success of other divas between the 30s and 50s, whose eminently male audience recognized them as indisputable symbols.

The third part of the exhibition recovers the thriving Egyptian film industry, the fourth largest film producer in the world between the late 1930s and early 1970s, when Cairo became the Hollywood of the Nile with romantic comedies in which dance and music were central.

It featured stars such as Asmahan, Laila Mourad, Sabah, Tahiyya Carioca or Badia Massabni, whose dance numbers marked an era.

Colorful posters from those years fill the exhibition walls before reaching a final part that explores the influence of these divas today, especially among a generation of artists who use this heritage to question contemporary Arab society.

Among them the photographer Youssef Nabil, who hand paints analogue photographs in the colors of 1950's Egyptian cinema posters, Nabil Boutros or Lamia Zadié, whose nostalgic works from the Arab world question frustrated aspirations for a better future.

In the late 1960s, with the defeat of Egypt, Syria and Jordan against Israel in the Six Day War and later the death of Egyptian leader Gamal Abdel Nasser, the decline of the Pan-Arab dream began, which in a few years was replaced by an increasingly oppressive and reactionary Islamist power.

With the end of that hope, the careers of these divas were also extinguished, who continue to be for many the banner of a withered dream.