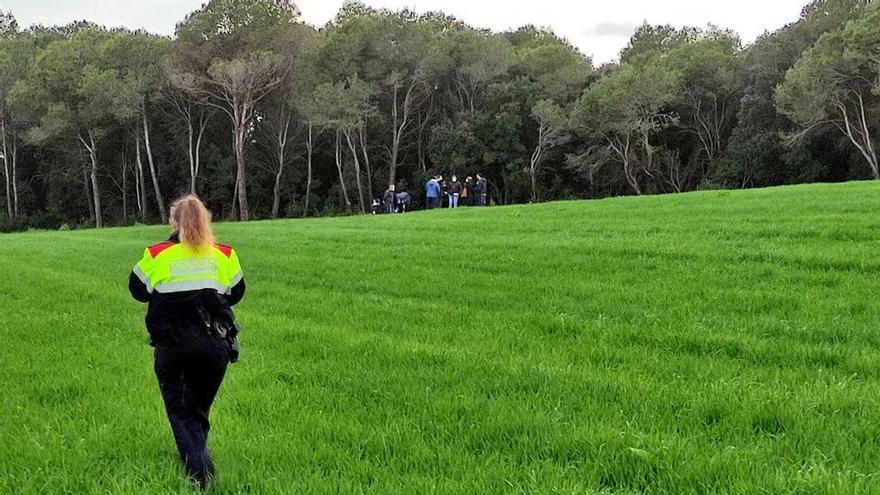 The cyclist I was pedaling on the morning of Sunday, February 28, 2021, next to the shoulder of the secondary road that climbs to the Mare de Déu del Mont sanctuary, in the municipality of Cabanelles (Alt Empordà). And suddenly he left behind what looked like a corpse thrown in the gutter. He braked dry. He stepped back. He opened his eyes wide to make sure he was seeing what he thought he was seeing and called 112.

Shortly after, and with the road cut off, police officers gathered on the asphalt and around the body found by the cyclist. Mossos d’Esquadra of the Girona Criminal Investigation Area (AIC), the prosecutor Victor Pillado, the guard judge and workers of the funeral services. None of them had any doubt that it was a crime: the deceased, a man in his forties and dressed in overalls, had cuts on the neck. The work to solve Voral Case – ‘andén’ in Catalan, that’s how they baptized it – began by finding out who he was.

A Moroccan family living in the Empordà region for years went to the Figueres police station shortly after the discovery of that body and reported the disappearance of Otman Chaibi, a Moroccan mechanic from Vilafant who had been unaccounted for several days. The Mossos immediately deduced that it was the man abandoned in the gutter. By then the autopsy had already been completed and, in addition to having DNA samples that would certify Otman’s identity, the policemen also knew, thanks to the forensic examination, that the relative of that family had been brutally beaten. had more than 30 bruises throughout the body as well as 5 cuts stab to the neck. In addition, he had received blows to the skull with a blunt object that possibly caused his death.

The investigators, after being clear about who the victim was, went on to look for the murderer, or murderers. They questioned the environment of Otman: family, friends, neighbors and co-workers. In this case, talking about co-workers meant talking about Valentín, the partner with whom he had set up a mechanical workshop. When they questioned this last testimony, the Mossos knew where they should go.

Two days before the discovery of the cyclist, on Friday, February 26, Otman went to a barbecue that Valentín and his wife, who live in a house located almost attached to the workshop, set up in their garage. Several friends of the couple attended that dinner, all of them, except Otman, were people of Romanian origin, like Valentín and his wife. they ate roast and drank abundant alcohol. At the end of that dinner, two of the guests, Florin Y Kevin, they quarreled with Otman. The argument came to blows and Florin and Kevin got out of control. Supposedly, they ended up killing him. And, instead of notifying 112, they decided to load it in the trunk of a peugeot 307 -perhaps still alive-, they drove for a long time and then they threw him in the gutter. “They did not intend to get rid of the body, just move it away from the workshop,” police sources stress.

The investigators were able to compile in a short time a detailed list of how many guests participated in that barbecue. And confirm, through their mobile phones, who were all in the garage when Otman was allegedly bludgeoned to death. Thanks to the monitoring carried out by the agents, they located each of the suspects. From those investigations, the Mossos and the prosecution deduced what had happened: there were two material authors – Florin and Kevin – and the rest had committed cover-up crimes, in the best of cases, or with their presence they had behaved as necessary cooperators of homicide. The Figueres court agreed to arrest them all. However, there was a problem: Florin and Kevin were no longer in Spain.

Florin had taken refuge with relatives residing in Holland and Kevin had fled to Romaniaat his girlfriend’s house. The Figueres court issued two European Investigation Orders (EIO) and the judge and prosecutor negotiated with their counterparts in the Netherlands and Romania to investigate Florin and Kevin, respectively. At the same time, the Mossos contacted the attachés of the Ministry of the Interior in the embassies of the two countries, National Police inspectors who act as links between the Spanish and foreign security forces. Through these inspectors, and with the approval of the judicial authorities, the escape units Dutch and Romanian. Everything was ready. But Florin, as reported by the Dutch police who had been following him, unexpectedly left the country to settle in Antwerp (Belgium). The bureaucratic process had to be restarted with the Belgians. “The two – Florin and Kevin – make a living dealing marijuana and they are not big drug traffickers but they have great mobility around Europe,” Girona agents describe them.

In mid-December, all eight were quiet and localized again: six in Spain, one in Belgium and one in Romania. “We all had to act at the same time because otherwise they would notify each other and there was a risk of flight, especially by those who were already abroad.” The Mossos six suspects arrested in the Empordà already Florin in Antwerp. But Kevin slipped away. The Romanian police reported that he had left on a trip just then. A few days ago, the fugitive unit of that country informed the Mossos that he had returned to his girlfriend’s home, in Bucharest, and was finally arrested arrested. He will be extradited shortly. Florin is already in preventive detention in the Figueres prison. He has confessed that he attacked Otman but has stated that the victim had previously attacked him. He has also detailed that the discussion originated because Otman wanted to charge too much for a dose of low-quality cocaine.

Almost a year later, the investigation of the Voral Case is about to be closed for trial. Otman’s sisters have hired the services of the lawyer Sergio Noguero. “It was a murder. There was fierceness as the autopsy shows and abuse of superiority, because there were several against one. Otman, in addition, had been drinking and was not in full power to defend himself,” explains the lawyer. “For the family, the news of the discovery of the body abandoned in the gutter meant an extra pain and asks that they receive the harshest penalties”.