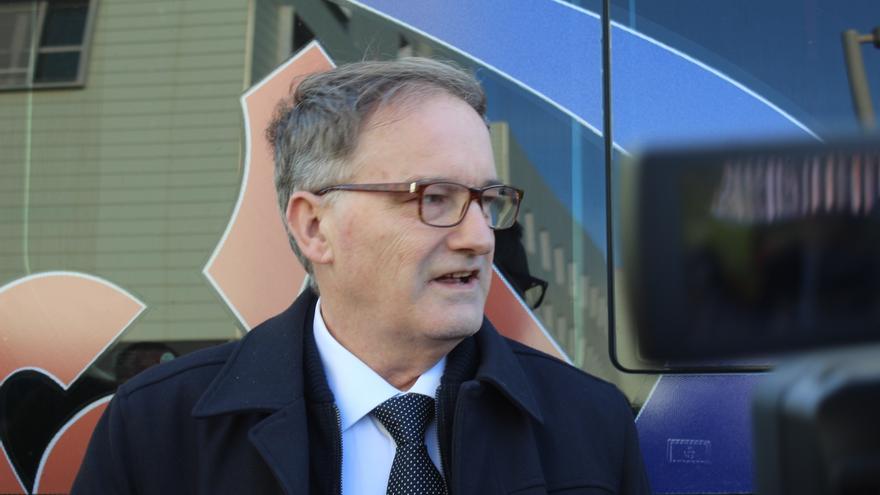 The territorial director of the National Institute of Health Management (INGESA) in Ceuta, Jesús Lopera, has also been vaccinated against COVID-19 and joins the list of public leaders and senior officials from different administrations that have been inoculated with the vaccine presumably before they were due. On that list there is also the Minister of Health of the autonomous city, Javier Guerrero, from the Popular Party.

Lopera's vaccination has been confirmed to this newspaper by different sources, although INGESA, the agency of the Ministry of Health that maintains care powers in the autonomous city, has avoided corroborating, although it has defended that "the protocol would not have been skipped" . Lopera, who in previous stages, whenever the PSOE was in the Government of Spain, had already held that and other political positions in the INGESA, is a specialist in Intensive Medicine, but has been in special services since August 2018, when he took office of your current position.

The Territorial Directorate has argued conditionally after refusing to ratify that it has already been immunized that "once the first 545 doses are inoculated to the workers who directly care for patients [se terminó el miércoles de la semana pasada], Lopera would have been vaccinated with the extension of the process to 'other health personnel' of the Hospital ".

The INGESA has also stressed that the territorial director "goes daily" to the University Hospital, to which he transferred his office at the beginning of the pandemic from the Otero Health Center.

The Minister of Health of the Government of Ceuta, Javier Guerrero (PP), also accused of skipping the guidelines of the National Vaccination Strategy, has quoted Lopera before the media as one of the public officials who have transferred their support and solidarity. Guerrero, who has refused to resign, He has claimed that he got the vaccine because he was "asked" for it the technicians in his department even though he "doesn't like them." Unlike the territorial director, who has not exercised his profession for a year and a half, the counselor does reconcile his political responsibility with private medicine as a gastroenterologist.

4.2% of INGESA doctors and nurses in Ceuta, some 1,300 professionals, have refused to get the COVID-19 vaccine in the autonomous city, where this week health personnel from private clinics have begun to be summoned to give them the first dose.