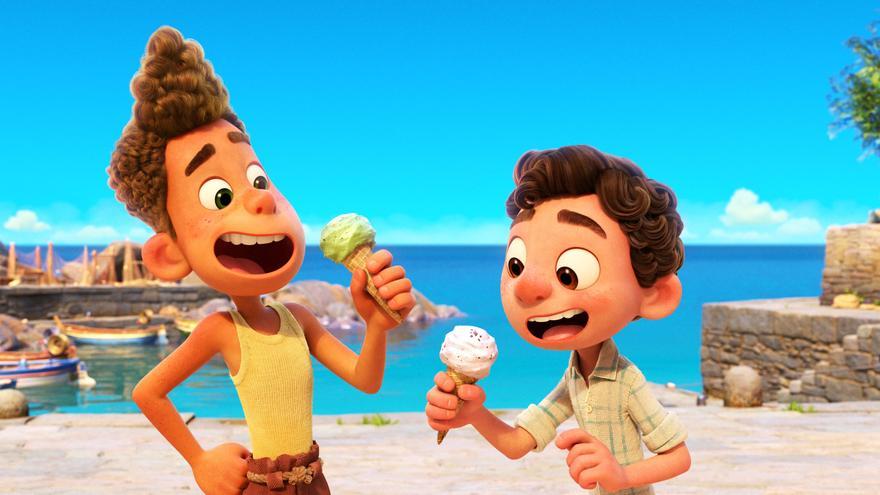 Los Angeles (USA), May 05 (EFE) .- Despite the reopening of cinemas in the United States and other countries, Disney will premiere the next Pixar film, "Luca", directly by "streaming", a A decision that has been received with controversy in the study, but has the approval of its director, Enrico Casarosa.

"Normally we would like the film to be seen in the cinema, because a big screen offers a lot of detail and we work on many elements, in layers ... But the world is in different phases of recovery and it is generous to offer entertainment to all the houses" Casarosa explained to Efe.

The Italian filmmaker is responsible for the studio's new project after the success of "Soul", which won the Oscar for best animated film.

"Luca" takes place on the Italian Ligurian coast and tells of the friendship between two boys who transform into marine animals when they come into contact with the water, something that is kept secret from the inhabitants of their small town.

Despite the anticipation for this work, Disney (owner of Pixar) has decided to skip the theatrical screening and will release the film through its Disney + platform on June 28.

In addition, it will be the only premiere that will not be accompanied by an added payment.

The strategy is completely different from the one that will be followed by other titles that the entertainment giant will present this year, such as "Black Widow" or "Cruella": both will be presented simultaneously in theaters and on its platform in exchange for an extra charge that will be added to the Disney + monthly rate.

"The coronavirus was already part of the creation of the project and this is something else," said Casarosa.

Apparently, the company's decision has not sat well with Pixar employees, since its two previous projects, "Soul" and "Onward", also premiered for free on the platform, unlike other films such as " Mulan ", whose price in the United States was around 30 dollars per download (about 25 euros at current exchange rates).

According to an exclusive from Business Insider, some workers were concerned about the future of the studio responsible for "Toy Story" and "The Incredibles."

"Many people saw 'Soul' at the same time, our releases used to be more staggered," concluded the director of "Luca".

The new film will take over from one of the most acclaimed projects in the studio's recent history, as "Soul" was the second Oscar in a row for Pixar after its victory with "Toy Story 4" and was the second most watched film. this Christmas, only behind "Wonder Woman 1984".