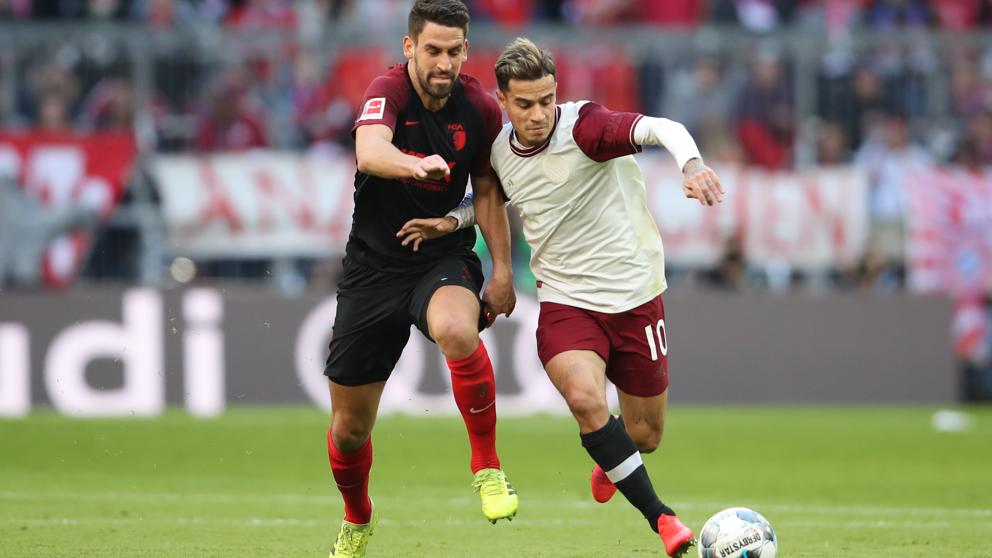 That League 2019-20 Go beyond June 30 begins to be a more than plausible option. The Spanish championship, like the other four major European leagues, has not been played since March 8 and the date of resumption of competition is not yet clear. The president of LaLiga, Javier Thebes, explained last week that the most pessimistic view was to start playing in mid-May, but with 11 days because it is disputed, it cannot be ruled out that it ends in July, a position to which it does not oppose Luis Rubiales, president of the RFEF, always pending the equality of conditions for all the contenders. “For this, exceptional measures are required,” they warn from the AFE, the footballers’ union, since it has been used routinely on the last day of June to close contracts in football.

“You have to have common sense and all go hand in hand,” says Maria José López, legal coordinator of the AFE. “If it is decided that the competitions will not be canceled, that must be irretrievably linked to a extension
exclusive of contracts and move the transfer windows, which is when you can register the licenses of new players. “

In this line the FIFA, according to an internal report to which Reuters had access. His intention is that the contracts that end in June will be automatically extended so that players and coaches can complete the tournaments with their current club, which is the priority. On the other hand, the transfer market it would open just after that calendar day.

For López, looking to the future, there is a legal way out so that the dilemma is not repeated. “The collective agreement includes the possibility that instead of signing until a certain date (the well-known June 30) the end of the contract can be equated with the concept of end of season. That would have avoided this mess, “he stresses.

With homework done and in a privileged position

Leader in the League and in a good position to access the quarterfinals of the Champions League, Barcelona will be in a privileged position when the competitions resume. Barça has done its homework and has no player on the roster that ends its contract on June 30. Neither did Setien, who signed until 2022. In that sense, there is tranquility and it could even be considered counterproductive that the season was not completed since the club has some loaners whose sales would be pearl before the recession of income due to the coronavirus. The best example is Todibo, who had half a course to convince Schalke that paying 25 million for him is profitable. The 20-year-old defender has had little trouble (7 games) showing his potential and the German team welcomes the disbursement. On the other hand, it is difficult for Bayern to launch to buy Coutinho. The Brazilian’s loan set a price for the Bavarians of 120 million. A prohibitive amount, especially since the player (author of 9 goals) has again lacked continuity. Both Rafinha, with a splendid performance at the Bernabeu with Celta that once again demonstrated that he is a more than profitable footballer, and Aleñá, intermittent at Betis de Rubi, would have 11 more games to earn a return ticket to the Camp Nou. Those who would take a little longer to arrive would be Trincão and Pedri, the first reinforcements for the 2020-21 season. Finally, Dembélé, without a chip, could in no way play in the League even if he recovered in time.

An arsenal on loan waiting to return to the Bernabeu

In Madrid, with a foot and a half out of Europe for their defeat at the Bernabeu against Manchester City in the first leg of the Champions League round of 16 (1-2), playing the League until the end is the only thing left for them to do. save the season. Of all the possible scenarios, the worst for Florentino Pérez would be to end the season with the current classification, with Madrid second in the table, a possibility that Luis Rubiales has ruled over and over again.

The white club is aware that if the season extends beyond June 30, the normal thing would be to extend the contracts of the players for the duration of the competition, but if it advocates opening the transfer window, it catches it in a very good position. Zidane’s team only has one player who ended his contract on June 30, Frenchman Alphonse Areola, who has not overshadowed Courtois all season. Losing him would be no drama. In what yes the white club would be greatly benefited is in the chapter of recovering on loan, up to fourteen now Madrid has scattered in the different leagues.

Regardless of this, there is another aspect in which Madrid will benefit the later the competition returns. He will recover two long-term injured: Marco Asensio and Eden Hazard. The Mallorcan was injured in the preseason and has not yet debuted in this league. The Belgian hoped to return by mid-May.

That the League lasts until July can be a big headache for Rufete and Òscar Perarnau’s sports management. Espanyol lives an emergency situation and scratched his pocket in winter with De Tomás, Embarba and Cabrera, which cost almost 40 million. Being bottom, obviously he is interested in playing all the 11 days that are missing since he must recover six points with the seventeenth. But, in addition to trying to rush all the possibilities of saving the category, it would come together having to plan the next season without knowing if the team will play in First or Second. And it is that up to nine players end their relationship with the Blue and Whites club on June 30, some very important for their coach, Abelardo, such as goalkeeper Diego López, captain Javi López and Dídac Vilà, three men who are very identified with the cause. Of course, it can not be renewed for renewal since the goalkeeper is already 38 years old and Javi López has already turned 34. Naldo and Iturraspe are other veterans who have the option to extend their contract. With the loan of Bernardo, Calleri, Ferreyra and Corchia, the club has an option to purchase. Although of the four only the Colombian defender has made a fix of the alignments.