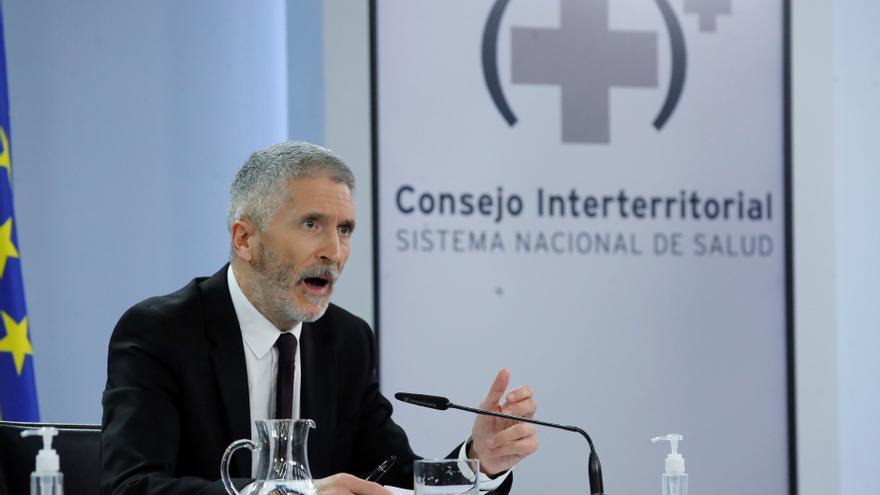 Madrid, Mar 24 (EFE) .- The Minister of the Interior, Fernando Grande-Marlaska, announced this Wednesday that Traffic will intensify the surveillance and control of short-distance journeys at Easter and that 64,200 agents of the National Police and of the Civil Guard will ensure compliance with the restrictions.

Marlaska has thus transferred it to the media and previously to the Health Councilors of the autonomous communities during the Interterritorial Council chaired by the Minister of Health, Carolina Darias.

The Interior Minister wanted to convey this message to drivers ahead of Easter: “We are still in an exceptional situation and we must stay at home and reduce mobility as much as possible.”

“It is not yet possible to plan long-distance routes,” said the minister bluntly, who has made it clear that surveillance will focus especially on short trips.

The traffic management centers may establish, if necessary, measures for the regulation of traffic on short routes in their respective territories.

And by not foreseeing that drivers will make long trips due to mobility restrictions, the DGT will lift those that it usually imposes at Easter and bridges on heavy vehicles so that they can circulate to be able to supply urban centers in a few days in which the consumption “undergoes changes”, has specified.

With a deployment of 64,200 agents of the State security forces, to which will be added the troops of the regional and local police, the Government wants to ensure compliance with the measures agreed on March 10.

“Saving lives. This is where we focus our activity, also the Ministry of the Interior and the security forces,” stressed Marlaska, who recalled that until April 9 the autonomous communities will maintain the perimeter closure and other measures whose compliance the agents will monitor .

Precisely, the minister has referred to the recent San José bridge, when the security forces have carried out more than 162,000 controls on people and vehicles and have formulated 9,549 sanction proposals.

A work that they have been doing since the beginning of the pandemic and that will be reinforced at Easter, as will also intensify actions to protect the most vulnerable groups, such as victims of sexist violence, health personnel or the elderly.

Likewise, the proper functioning of critical infrastructures will be ensured to guarantee essential services and the vaccine distribution process will be protected.

All this, in addition, with a General Directorate of Civil Protection and Emergencies that has activated all the necessary devices to face any contingency, added Marlaska.