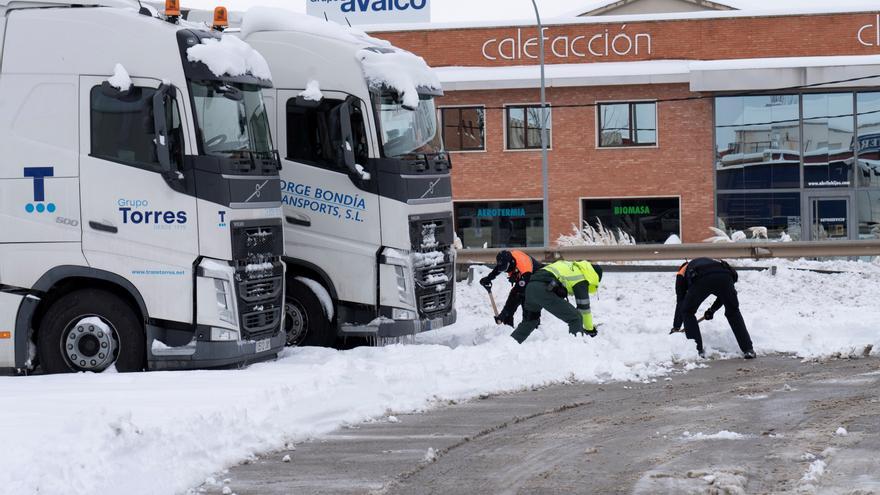 Madrid, Jan 10 (EFE) .- The General Directorate of Traffic (DGT) has begun to disburse the 11,300 trucks that were retained in 127 bagging areas due to the snowstorm, although the restrictions for vehicles that are destined for the Community of Madrid, as reported by this body.

It has begun to disburse, in an orderly manner, with the first 300 trucks that were held in the Burgos town of Miranda de Ebro towards Portugal, which will be able to circulate on the AP-6 towards Galicia.

Then it was time to leave for another 270 who were standing on the A23 in Teruel.

Traffic indicates that the disbursement will be made “little by little, because although the highways are fine, it is necessary to make sure that the roads that lead to the destinations of the trucks are in good condition to transit.”

Likewise, the DGT appeals to drivers so that, although they see clean highways, they remember that the use of chains is still mandatory, because the entrances, exits and streets are not clean and they can get trapped.

And remember that in addition, there may be ice sheets with the expected drop in temperatures.