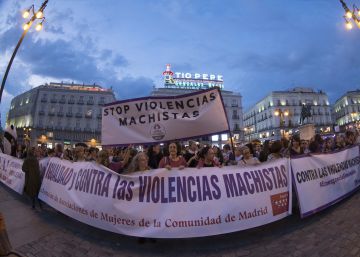 María Dolores Sándóval, 54, has been missing since last Christmas. He lived in Cartagena (Murcia) and his children did not report his absence – which they thought was voluntary – until they found that he had not used his medical card for three months despite being diabetic. "I couldn't be without medication," they told National Police agents, who this Thursday they arrested who their partner was as alleged responsible for their disappearance. The man argues that the lifeless woman was found at home, got scared and dismembered her to get rid of her, according to case sources.

Although María Dolores was from Cieza, she had been living in Cartagena for a while. He shared a house with his current partner, who is already detained as the alleged perpetrator of his death. The treatment of this disappearance as another sexist crime makes Sandoval 47 woman murdered by her partner so far this year in Spain, and the second in the region of Murcia.

As stated by the man, they met in a detoxification center and began a life together after leaving. Months before being arrested by the agents of the Homicide group, the now alleged murderer said that the woman "was gone", that "he knew nothing about her" … However, the successive searches in their homes and even in those of their previous partners that the researchers carried out during these months, "were making him nervous", say sources close to the case. Until he has finally declared.

The researchers are now awaiting the results of the analysis of the biological remains and other evidence obtained in those records.

According to what was initially declared by the detainee, María Dolores was found dead, frightened, and decided to dispose of the body by cutting it up and throwing it into a landfill. Although he has not given details about the place where he got rid of the body, he is still looking for the police.