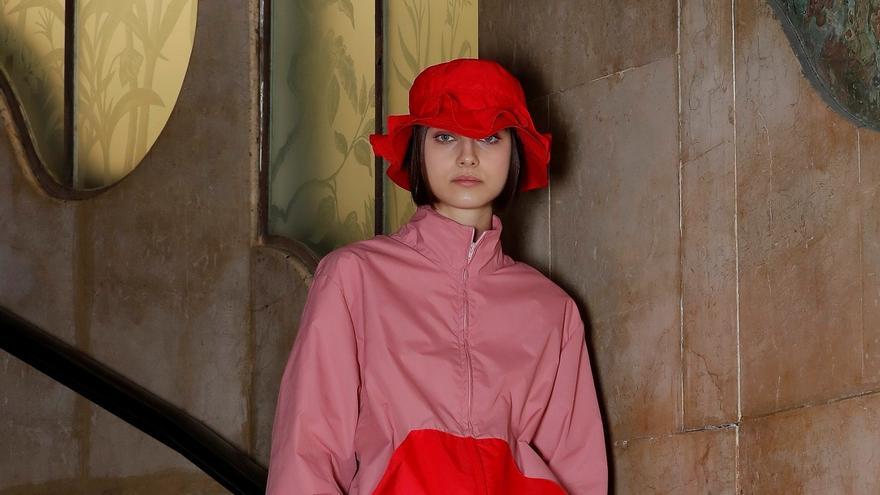 Barcelona, ​​Apr 29. (EFE) .- Victor Von Schwarz, the designer chosen for award nights and video clips of pop and urban music divas such as Rosalía, Bad Gyal or Aitana, has inaugurated the fourth and last day of the 080 Barcelona Fashion with his proposal " Disco 2000 ", conceived during confinement.

In the collection, a tribute to fashion that recalls her adolescence, we have seen woolen fabrics with colored squares, recycled polyester windshields, tulle, lace with basic pieces and school-inspired pieces, as well as more voluminous dresses like baby doll or Candida Mary Doyle, from the Pulp group, and her mod aesthetic.

"Oasis, Blur and Pulp captained my life and whatever their singers wore was what we were looking for in the 'vintage' stores of our city. Windshields, 1970s blazers, sweatshirts and straight pants were our uniforms", explained the designer, born in Sabadell in 1988.

Despite her youth, she has been dedicating herself to fashion for almost a decade and has worked for firms such as HyM, although Rosalía was also dressed in several events, as well as in the video clips of "Pienso en tu mirá "or" Millionaire ".

Bad Gyal rags and singers like Aitana, Mala Rodríguez and Lola Indigo have also trusted him.

On the last day of this catwalk they will also show their latest works through "fashion films", due to the pandemic, which does not allow live shows with the public, Otrura, Is Coming, Onrushw23fh and the debuting firm Paraiso. (Video) ( Audio)