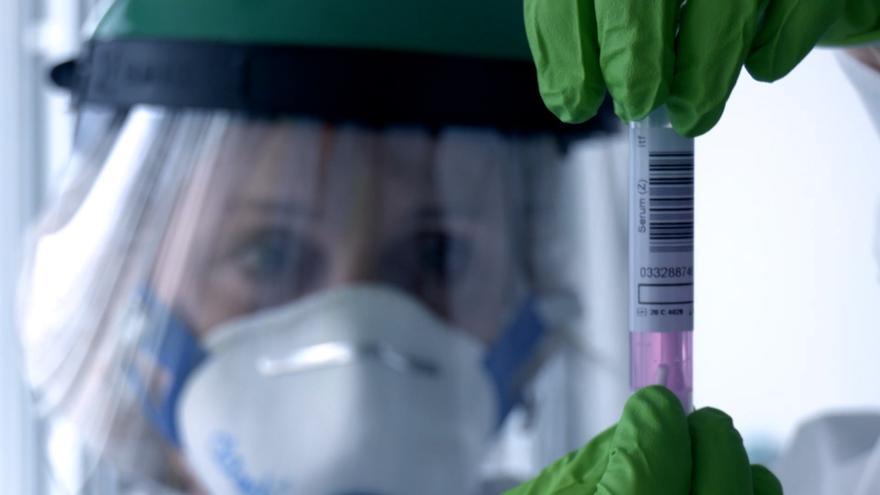 The human body is so complex because if it weren’t, it would simply be unworkable. A Molotov cocktail always ready to explode. And as if that were not enough, people are constantly surrounded by dangers –enemies of our body–, so the body has to always remain alert to try to repel any attack. “The immune system is like an army,” says Dr. María Montoya, a researcher at the CIB-CSIC and a member of the board of directors of the Spanish Society of Immunology. “That army is made up of many ‘units’ that serve to tackle setbacks –infections, injuries, etc.– in their different degrees of severity,” he explains. All these defense units have functions that, as the researcher herself points out, “overlap with each other,” so it is essential that this kind of intimate military body be perfectly organized and directed. That, to command the human body defense, is a mission only within the reach of dendritic cells.

“The immune system defends us from attacks of any kind,” says Dr. Montoya. “They can range from ultraviolet rays to pathogens that want to invade us.” It would be complete madness if, at the moment in which the danger arrives, all the defense mechanisms – all the soldiers – go to battle in platoon. That is why the task of the dendritic cell is so important. “They are cells that are constantly trying to detect which is the enemy,” he said. “Once the pathogen is detected, they immediately give orders to other cells, to other components of the army, to get going.” In short, they are what organize the defense structure of the human body. They are the conductor and, in addition, fundamental also in vaccination. When a vaccine is injected, for example, for COVID-19, it is the dendritic cells that detect parts of the virus in the body and present it to the rest of the immune system.

But what are the other units and what role do they play? “As in any army,” Montoya slides, “there is a unit that is fast-acting.” It would be a kind of emergency team that quickly goes to stand up to the attackers. “This unit is not specific,” he continues, “and is prepared for any attack.” It is the one that appears, for example, if we make a cut or at the moment in which a vaccine is injected. “The red hue and heat that appears around the puncture is the performance of the fast-acting unit,” he resolves. After that first lightning defense, “comes a much more specific second.” It is a unit that “knows where to aim” and carries out a much more personalized defense. “A prominent member of this unit is the cells that produce antibodies,” he adds. Its best known function is to “block the entry of the pathogen into the cells or organs that it is ‘trying’ to infect”. Finally, sheltered in the rear and waiting for its moment, there is another combat unit, in this case with the ability to kill other cells that have already been infected.

When the dendritic cell is the target of the virus: the case of HIV

“Imagine how important a good organization is,” emphasizes the researcher. “Those units that are in charge of killing infected cells have to be very well directed – by the dendritic cells – otherwise it would be easy for them to end up killing all the cells that crossed their path, even healthy ones, by friendly fire “. But one of the biggest problems the immune system has to face comes when the strategy of a virus is precisely to infect those cells that organize the counterattack. “This is the case of HIV,” he specifies. “The virus that causes AIDS directly attacks dendritic cells, settles in them, and takes advantage of its travels throughout the body (necessary to transmit information and give orders) to infect wherever it passes”. Thanks to research and the study of HIV, the scientific community has been able to learn well how these types of cells work and all this knowledge is useful to investigate the cure of many other viruses, for example COVID-19.

But let no one be scared by the comparison of the coronavirus and AIDS. The doctor assures that SARS-CoV-2 is a simpler virus and very different from HIV, for which, to this day, no cure has been found. As for the coronavirus vaccine projects that different companies around the world are presenting, Dr. Montoya is confident. “To all those who say they are not going to get the vaccine,” he proposes, “I encourage you to be well informed.” She knows the review and approval mechanisms run by the European Medicines Agency inside out and states that “they are absolutely strict.” “There are many confused people who believe that the rush has led the scientific community to eliminate testing phases of the vaccines or to make them shorter”, but, he clarifies, “what has been done is to carry out the phases in parallel to win time, something necessary in this pandemic. ” She has no doubts. “As soon as a vaccine is finally approved and my turn comes,” he concludes, “I’ll be there to put it on.”