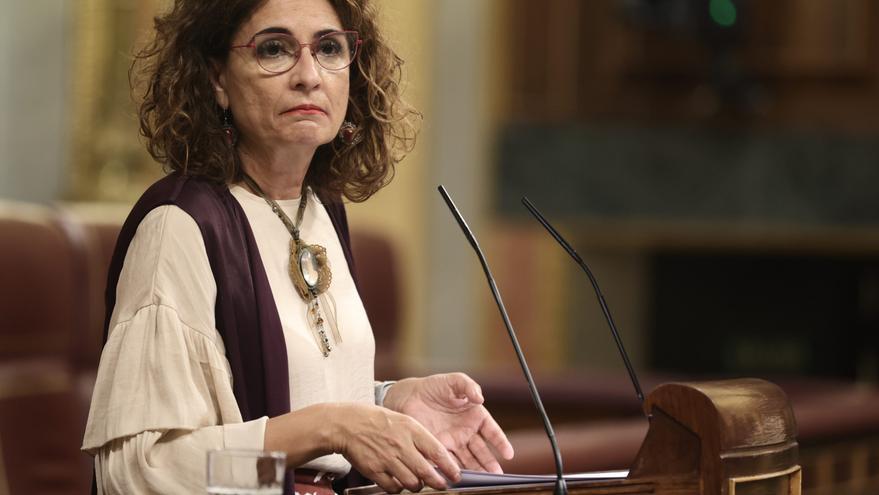 The new global corporate tax minimum is fraught with unknowns about its future. Both inside and outside of Spain. Inside, the Government ventures changes due to the tax reform that is being prepared for next year. Outside, the 136-country agreement has yet to be implemented, with the intention of entering into force in 2023, pending its final drafting. What is known is that this commitment sealed within the OECD entails a small letter of exemptions that will have a significant effect on the potential collection of Spain, which could be reduced by half.

The international agreement sealed in recent weeks has two pillars. The first consists of recognizing the ability of countries to tax the large multinationals that operate in their territory even if they are based abroad. That is, it is serious where the activity occurs. The second pillar consists of setting the minimum known rate of 15% in Corporation tax. If a country decides that its corporate income tax is less than 15%, companies must pay the difference up to the minimum rate in their country of origin. In this way, competition between countries to lower this tax would be reduced.

Of course, with recognized benefits for companies. The text contains the possibility that companies can reduce their tax base (the amount on which that minimum 15% would be applied) by deducting certain amounts. Specifically, they may subtract 5% of their assets from the profit and the cost of salaries. Although that will be in a decade. Before, there will be 10 years of transition that would begin the first year of operation with the reduction of 8% of assets and 10% of spending on salaries. Year after year these deductions will be directed towards that 5% that the text of the agreement of 136 countries establishes. The OECD defends these deductions explaining that in this way, countries will be able to continue offering tax incentives to companies with a real activity in their territory, such as the construction of a hotel or a factory.

This small print is very important because it completely changes the potential collection that countries will have and especially Spain, which is one of the territories that is most affected. This follows from a report published this week by the European observatory EUTax, an independent center for tax studies, which updates the data provided in a previous document published before the summer. This group of economists estimates that Spain would receive, applying that minimum 15% without deductions, 5,200 million euros more in the collection of this tax.

The data are very significant, since they represent 18%, according to the report, of the income that Spain currently receives from corporate tax. The percentage of the minimum rate of 15% came after a long negotiation between the different countries that make up the G7, later in the G20 and finally in the OECD. However, other amounts were previously on the table. If the 21% that some governments initially claimed had been applied, Spain would have increased its collection by 10,500 million euros.

However, these estimates made by the EUTax are without applying the deductions. With them, the profit that would correspond to Spain would go from 5,200 million euros to 2,500 million in the first year, according to the calculations of this observatory. This amount would gradually grow year after year until reaching 3,600 million euros on the 10-year horizon when the transition period ends. Thus, the loss in the first year with respect to the potential gain is 52% in the first year to 31% from the tenth year.

Spain is, along with Poland and Hungary, one of the two countries most affected by these deductions in the European Union. Altogether, the report foresees a potential gain of 83.3 billion euros for the EU, which would be reduced in the first year to just under 64 billion euros, increasing each year to 71.5 billion euros. With regard to the set of OECD countries, the report concludes that the potential profit would be around 227,000 million euros, which would decrease by 27% with the deductions that will be applied in the first year.

This report is the second EUTax has issued on the impact that the introduction of the minimum rate of 15% would have. In the first, and in the absence of reliable databases, the observatory was based on an estimate published in a study with data from 2016. In this second, the agency has updated reports known as ‘country by country’ , as in the case of Spain. EuTax recognizes that the estimates of the first were conservative and, therefore, there is an important change regarding cases such as Spanish. At first, it was estimated that the profit for Spain was 700 million euros, which would fall to 600 million with deductions. Now that number increases considerably.

EUTax points out in its report that the agreement within the OECD, sealed by 136 countries, may be a first step for countries to agree on more ambitious rates. It focuses on the European case and ensures that the EU could double the impact of this international agreement if it jointly decided to raise the minimum rate from 15% to 21%, reaching a profit of 170,000 million euros.

The global agreement for the minimum rate still has two years to go into effect. Recently, different European countries, including Spain, have reached a commitment with the US to lift current taxes on technology companies, such as the Spanish Google rate, when the international agreement comes into force in exchange for lifting the tariffs announced by the US government. The deadline they have set is December 31, 2023.

In between, two reforms are under way that will affect the Corporation tax that Spain will enter. The first is the directive prepared by the European Commission. This week, the Commissioner for the Economy, Paolo Gentilioni, pointed out in Spain that he hopes that it will be ready by the end of the year to introduce the global agreement of the minimum rate of 15% into European regulations. “We are not harmonizing corporate tax, we are harmonizing the minimum to avoid this race to the bottom in taxes, which I think is unacceptable especially after the crisis,” said the Italian politician. It should be remembered that, within the EU, there are territories such as Luxembourg or Malta that are used by Spanish companies to reduce the payment of taxes to an effective rate of 3% for their activity abroad, as revealed in a recent report by the Tax Agency.

The other regulatory change will be the one made in Spain. The Government has introduced the minimum rate on Companies in the General State Budgets. However, when applied on the tax base and not on the profit, it will have a limited impact and this will not be really relevant in the accounts until 2023. By then, the Treasury has estimated that it will be around 400 million euros. The changes in depth would come, as noted by María Jesús Montero, when the report of the tax reform expert committee is known, which is expected for the month of February.

The minister recently advanced that the main problem so that this tax does not have the performance it should, well below personal income tax or VAT, should be addressed with a review of the different deductions that allow companies, especially those with greater size, pay an effective rate much lower than the general rate of 25%. The Recovery, Transformation and Resilience Plan that the Government sent to Brussels in spring to receive European funds included a commitment to review these deductions and those that affect other taxes such as VAT or personal income tax.