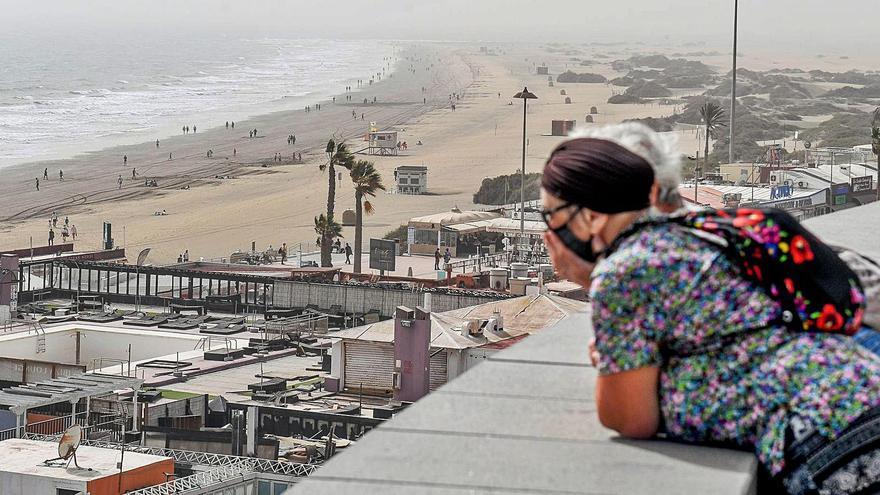 The Ministry of Health yesterday notified 126 coronavirus infections in the Canary Islands. With them, the Archipelago accumulates a total of 1,311 in the past seven days, which translates into the week with the lowest number of new SARS-CoV-2 detections in the past month. The improvement in epidemiological data places in the regional panorama the possibility of softening the alert levels for covid of the Islands. The forecast, specifically, is that after one month at level 3, Gran Canaria goes to level 2; while Lanzarote and La Graciosa will go down from 4 to 3. A decision that will have to be approved in the next Governing Council to be held tomorrow, after studying the new report from the General Directorate of Public Health.

In any case, until midnight next February 22, the extraordinary package will remain in force of restrictive measures approved last Friday by the regional administration to contain the spread of the virus during the Carnival festivities. In this way, it will be from that day when the change in the restrictions of each island will take effect, according to the different degrees of alert established. In this case, level 1 measures will be implemented in Tenerife, La Gomera and La Palma; those of 2 in Gran Canaria, Fuerteventura and El Hierro; and those of 3 in Lanzarote and La Graciosa.

With the new 126 cases of coronavirus notified yesterday by Health – the lowest number since January 3 – the general count of the Archipelago rises to 38,755 since the start of the pandemic.

Currently, 6,881 people infected with SARS-CoV-2 in the autonomous community. The majority, 6,500, receive medical care at home. However, 381 have required hospital admission. Of these, 79 are in intensive care units (ucis) and 302 are on the floor.

Until yesterday, the number of cured persons in the Canary Islands stood at 31,311 thanks to the 175 discharges that occurred in the last 24 hours. However, last day there was a death to mourn in Lanzarote, so the number of deaths is 563.

By islands, Tenerife added 49 new positive cases of Covid-19 last day that raise its general count to 16,224. Of these, 2,229 cases remain epidemiologically active, which means that 32% of the ongoing cases in the region are concentrated in the Tenerife territory. This figure is much higher in Gran Canaria, where 57% of the coronavirus patients in the autonomous community are located when accounting for 3,924 people infected by the virus, of the 15,849 -58 more than on Monday- who have contracted it since the health crisis began.

Lanzarote registered 11 more infections in the last 24 hours, with which its accumulated stand at 4,261; although there are 470 cases that are still active. In Fuerteventura, there are 137 infected citizens. There, since the outbreak of the pandemic, 1,518 people have been infected, after registering five more positive diagnoses than the previous day.

La Palma added two infections so it has 375 accumulated and 23 active cases. El Hierro, which registered a new positive diagnosis, raises its general count to 268. On the island there are still 96 citizens affected by the pathogen. Finally, La Gomera did not add infections, so that its global figure remains at 209, of which two of the tables are still ongoing.

According to Health data, the Accumulated Incidence (AI) at seven days in the Canary Islands stands at 59.81 cases per 100,000 inhabitants and at 127.24 two weeks. Likewise, it was reported that 106,596 doses of the three vaccines available at this time have already been administered in the Islands. In addition, 45,357 people have been immunized, representing 3.36% of the target population – the Spanish average is 2.26%.

The region continues with the vaccination campaign after the coverage of the administration of the antidote for group 1 (residents and workers of senior centers) has been 100% completed. In group 2 (professionals of the Canarian Health Service), it was 98.46% with 37,659 inoculated professionals.

On the other hand, last week 19,200 doses of the AstraZeneca vaccine were received, which is administered to home care workers, staff at juvenile centers and second-line health workers.

In addition, the SCS is sending appointments to vaccinate those over 80 who are neither in residences nor large dependents, with whom a triple strategy will be followed: vaccination in health center, vaccination in day center and vaccination to address.

In Gran Canaria, according to Efe, the inoculation is scheduled to take place at Infecar (the Las Palmas de Gran Canaria conference center), Gran Canaria Arena and Expomeloneras. In Tenerife, the Santa Cruz Fairgrounds, the Guajara Campus at the University of La Laguna, Magma Arte & Congresos and the Puerto de la Cruz Conference Center will be used. The intention is to vaccinate from Monday to Sunday in a continuous schedule of 12 hours in most centers, although there will be 24/7 points.

The Ministry of Health of the Government of the Canary Islands promotes the citizen initiative ‘Better prevention’, a project that already has 60 volunteers who collaborate in the social dissemination of the recommendations against Covid-19. This action is based on a volunteer that is aware of the current situation and that can help, through empathy and closeness with citizens, to correct in a positive and direct way those social behaviors that can harm the control of the pandemic. The initiative, which has already started in the islands that currently have the most incidence (Lanzarote, Gran Canaria and Tenerife), promotes the proper use of masks, hydroalcoholic gels and physical distancing, as well as an effective implementation of the new safety protocols.