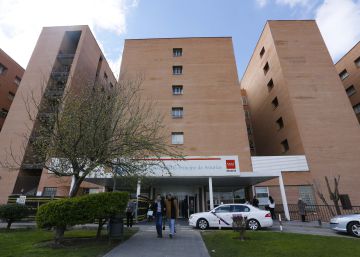 The brothers of a patient with a neurodegenerative disease admitted to the Prince of Asturias Hospital in Alcalá de Henares have requested precautionary measures through a criminal procedure "to guarantee the life of María Teresa", because they assure that the doctors "will not resuscitate her if they enter cardiorespiratory arrest, "something that qualify as" euthanasia. " The doctors, however, consider the claims of the family "therapeutic fierceness" and assure "that the application of aggressive and invasive techniques would not benefit this patient". Indeed, if the patient comes to a standstill, hospital sources explain, "advanced resuscitation techniques should not be applied," something that the family has been informed of "at all times." Both parties have gone to the courts.

The fact is that the family has had enough of "that insistence" with which, they say, they are told that they will not reanimate Tere, as the patient is called. "We have been told about this many times, several doctors: if she were a normal patient they would take her to the ICU, but the techniques are very aggressive, even a doctor told us that this treatment would be very expensive," complains Máximo Blanco. the brother of the sick woman.

Abogados Cristianos, who is handling the case of the sick woman, has requested a precautionary measure from the Alcalá de Henares courthouse warning that "the plant manager" has said that if the patient worsens "they will not revive her", something that "It goes against the decision of the family and of Maria Teresa herself." They say that "the family has been stopped informing about the patient's condition" in order to end their life. For this reason, they request that the woman be kept alive, "the hospital proceeding to revive her if necessary."

The hospital, for its part, has informed the court on duty of what is happening and has sent a report of the assistance that the patient has received. They do it, in addition, "before the intimidating attitude of the family with the medical professionals" of the health center, they explain. They also deny that they have not been informed at any time about the condition of the patient.

María Teresa Blanco, single and 54 years old, suffers from a neurodegenerative ataxia that at the moment "prevents her speech and mobility, does not walk, and her arms move them sometimes, a little bit," says the brother. She is known in the hospital, because "in the last three or four years she has entered more than 20 times", continues Máximo. "Sometimes we fear the worst and always recover. This last time she entered on July 4, with a very serious sepsis, they told us, and again they came out with that they would not revive her, so if she is very sick … And she is already on the floor, "she states by telephone.

"The professionals of the center have applied the usual protocols to give the best possible medical assistance to this patient currently admitted, in a very complex clinical situation, with a neurodegenerative disease for more than 20 years," the same hospital sources point out. "At all times," they say, "the patient has been valued by professionals from different specialties, emergencies, internal medicine, ICU and neurology" and "the measures prescribed by physicians, such as the administration of drugs and others, have been applied usual way, "they say. The hospital considers that the opposition of the relatives to the medical criterion applied would result in "a therapeutic harrassment that generates suffering for the patient without providing a benefit".

"She does not speak, but she does hear and laugh, she knows her brothers, and she pouts you if you leave, like a child, why do not they go to revive her? It is not an animal. A while ago, Tere had a problem that took her almost two months in the hospital and then left laughing. But doctors always talk about slight improvement, that is very bad. Maybe they see that with so much income it's not worth reviving her, they tell us that if she could talk, she would not want to be like that, "says Máximo.

"It is the obligation of doctors to suspend their activity if they see that this causes an unnecessary lengthening of the patient's suffering, which also will not save his life, and this is so because the medical deontological code, which is mandatory, the Constitution, nobody is inventing it, "says Juan José Rodríguez Sendín, president of the Deontological Commission of the Medical Association of Toledo. Rodríguez Sendín believes that this case is similar to the French patient in a vegetative state, Vicent Lambert, to which the doctors wanted to disconnect and a part of the family was opposed. "It's also similar to the case of the girl from Santiago de Compostela, that a doctor insisted on keeping her alive when she was suffering unnecessarily, "he adds.

For this doctor, who participates in a working group dedicated to medical care at the end of life, of the Collegial Medical Organization, "when a group of doctors has made a decision, the thing is clear." That can not be called euthanasia, because the person will die alone, surely even if they try to revive it, if there is no possibility, it should not be revived in exchange for anything, it would be, in effect, cruelty. "

"The care for this patient has nothing to do with debates like euthanasia ", ditch the hospital. "The patient is being treated in the best possible conditions given her condition."

"We obviously do not want to see her suffer and if she were like a vegetable, well … but we see her interacting with us, feeling sad, laughing …". From the state of her sister, Maximo also blames the residence in which the woman lives with another brother, there are nine in total. "That residence was formerly luxurious, but now there are not enough nurses and sometimes the auxiliaries assist them, two days before entering the hospital, an auxiliary applied the medication," says the brother.

The woman is fed with a kind of probe that connects the stomach with the outside, a Peg, who once became obstructed, "had vomit and broncoaspiró and had to take her to the hospital." Máximo also accuses the residence in which he is admitted. "We will file a lawsuit against the residence, and also against the hospital" warns.

Andrea Lago, 12 years old. The parents of the minor wanted to withdraw the life support, but the Clinical Hospital of Santiago de Compostela where she was admitted refused to do so. The bioethics committee of Santiago gave the reason to the family. The pediatricians stopped feeding her and died on November 9, 2015.

Vincent Lambert, 42 years old. This Frenchman was left in a vegetative state in 2008 after a traffic accident. His parents have opposed his disengagement and have faced court with his wife and another part of his family to keep him alive. Lambert was finally disconnected last week in a hospital in Reims and his parents have abandoned the judicial battle to continue feeding and hydrating him. Last night I was still alive.

Alfie Evans, 23 months. The doctors diagnosed Alfie, a baby from Liverpool, a degenerative neurological disease seven months after birth. The baby entered a semi-vegetative state from which he never recovered. The hospital alleged that the treatment would be useless, cruel and inhumane due to the damage that had occurred in his brain. The parents refused to disconnect and wanted to continue with an experimental treatment in Italy against medical criteria. The doctors withdrew Alfie's life support and died on April 28, 2018.

Immaculate Echevarría, 51 years old. He spent 20 years prostrate in a hospital bed in Granada and connected to a ventilator because of the muscular dystrophy he suffered. He requested that they disconnect it and the ethical committee of the Junta de Andalucía and the Consultative Council agreed to his request. On March 14, 2007, she died without pain after being transferred to another hospital.