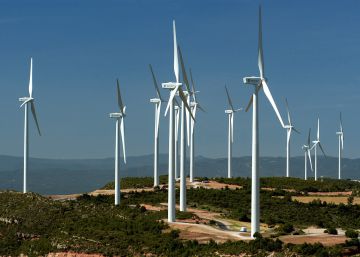 According to the report on the current state of the debt of the Spanish electricity system of the National Commission of Markets and Competition (CNMC), from 2000 to 2013, the income of the Spanish electricity system was insufficient to cover its costs, thus generating a debt that, at the end of last year, reached that figure of 16,602 million euros. The CNMC also notes that the outstanding deficit of 2005, which amounts to 291.4 million, will be definitively settled with the 2020 annuity.

In accordance with Law 3/2017, various ministerial orders determined that part of the surplus would be used to return the amounts financed by the societies or groups of companies as a social bond in execution of various annulment sentences of the Supreme Court. Specifically, the amounts for 2014, 2015 and 2016 for a total of 518.5 million euros.

Likewise, in accordance with the regulations, 120 million euros have been dedicated to aid for investment in energy production facilities from renewable sources in non-peninsular territories, by transferring 60 million to the budget of the Institute for Diversification and Energy Savings (IDAE) with effects of the year 2017, and another 60 million euros with effects of the year 2018.

Also the Order TEC / 1303/2018, of November 27, that executes diverse judicial pronouncements, determined the payment with charge to the surplus of 11.3 million for the refusal of the payment of the complement of efficiency to plants of treatment of slurries.

The Mediterranean Arc builds its own Silicon Valley