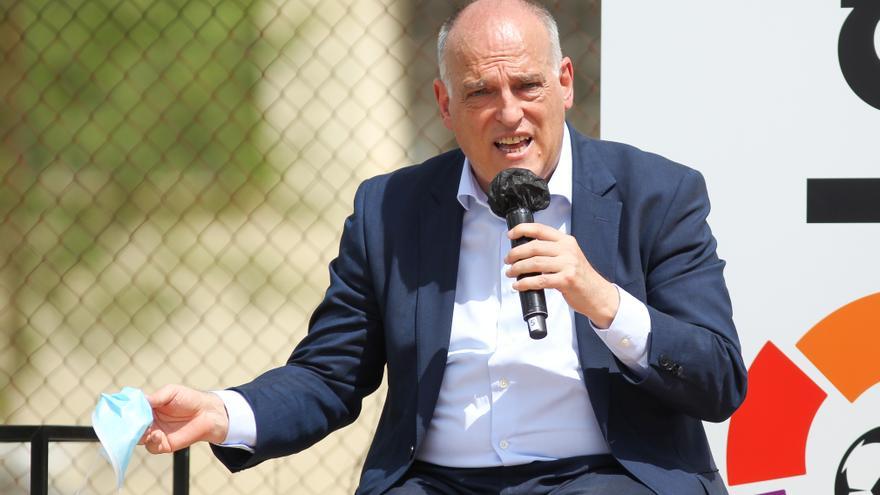 Spanish professional football clubs have increased their net debt by 746 million euros -Half of them corresponding to Barcelona, according to the president of LaLiga Javier Tebas- by the impact of pandemic, what has subtracted 1,999 million in revenue in two seasons, 1,019 in net impact.

This increase in indebtedness, caused by the decrease in income and the maintenance of investments in players and infrastructures even having reduced salaries, causes the total net financial debt of LaLiga clubs to be 1,705 million euros at the end of the 2019-20 season, according to the Economic-Financial Report that the organization has presented.

"Of those 700 million, Barcelona is half", has recognized the president of the association of clubs, Javier Tebas, who has indicated that "other clubs have made more efforts to reduce debts" and has highlighted the "commendable effort" of the Real Madrid "Just like Atlético and the rest."

The employer has highlighted that its level of indebtedness with respect to its operating result (ebitda) is 1.6, a "reasonable" ratio according to the corporate general director, José Guerra, who has ensured that if they were a company they would be in seventh place on the Ibex-35 for this indicator.

Professional football clubs stopped entering between the 2019-20 season and the recently ended 2020-21 some 1,999 million euros due to the impact of the pandemic, a figure that joins the 278 million euros of reduction to the income of the campaign above and the forecast of 1,721 million in 2020-21 of the consultancy PriceWaterhouseCoopers. The net hit is reduced to 1,019 million in the two courses, due to the financing obtained by the clubs.

In the previous season 2019-20, already with real figures of the accounts closed by the clubs, the impact of the pandemic was 278 million euros, since 5,043 million euros were entered in total compared to the 5,321 million euros that , according The leaguethey would have obtained if the pandemic had not occurred.

Even so, this data is higher than the income of the 2018-19 campaign, the last before the impact of the pandemic, when the First and Second clubs generated 4,869 million euros; and the net result of the 2019-20 season, covid-19 included, is positive: the clubs won 77 million euros together, which would have been 244 million without the health situation.

According to data provided by the organization of Spanish professional clubs, these 5,045 million revenues in 2019-20, although in absolute terms they are behind those obtained by English football (€ 7,224 million between the Premier League and the Championship), measured in relation to the population, represent an income of 107 euros per capita in Spanish football, compared to 86 euros per inhabitant for English teams.

"We are the first among the five European leagues per capita and the second in absolute income," said Guerra, who also highlighted that in 2019-20 they were the only one of the five major European leagues with a positive result: 77 million, compared to to the 213 million losses of the Bundesliga German or the almost 1,000 who estimate English football has lost.

However, for the 2020-21 season, LaLiga estimates a drastic reduction in revenue of 1,721 million, which will bring revenue down to 3,545 million. The decrease is 683 million euros in income on match day (tickets and season tickets) as it has been played behind closed doors except in the last few days, 180 million less in commercial income and 58 less for television. Transfer income was also reduced by 491 million.

"In 2020-21 we will have losses for sure. The stadiums have been closed all season," José Guerra acknowledged, explaining that the clubs "it will take a few years to absorb" the impact of the pandemic, but even so, he has considered that "in the medium term" they will "come out very reinforced".

"If in 2019-20 we have had 77 million positive with three months closed, we must do the rule of three and taking into account that there is going to be a very important contraction in income from the sale of players. We will be between 600 and 700 million, that will be the amount we have, and especially in a club, let's not forget ", has added Javier Tebas.