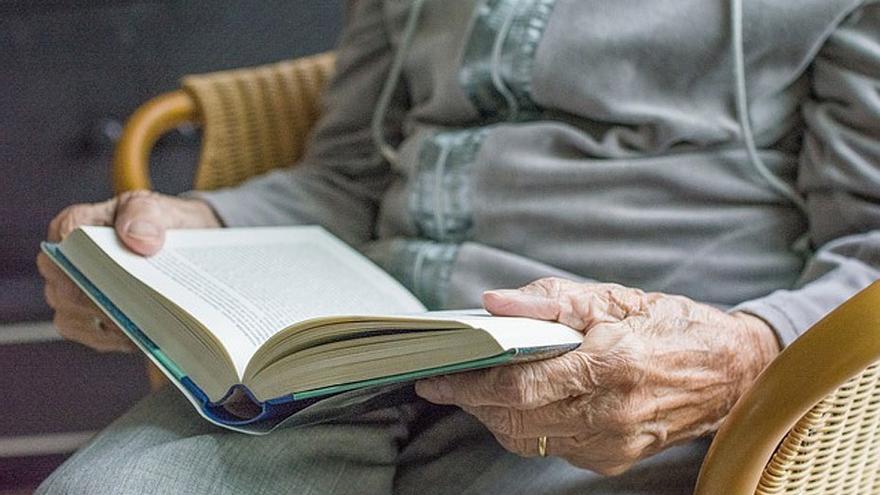 All the indicators of the System for Autonomy and Care for Dependency (SAAD) have suffered a setback between January 1 and August 31, 2020, that is, during all that we have of a COVID-19 pandemic, according to a new report from the Association of Directors and Managers of Social Services with data from Imserso, also analyzed by elDiario.es. From January to September there are 3,391 fewer beneficiaries of benefits and services, and if the trend continues in the remaining months, 2020 will be the first since 2008 with a declining balance. In addition, these eight months, 35,277 people who were in the so-called “dependency limbo” have died, with a recognized right to that help but on the waiting list to receive it. They are already more than in all of 2019, when 31,000 died in those conditions, with calculations by the Association. “It is inexplicable that the most vulnerable people are abandoned (once again) and funding is not increased,” they conclude.

The number of people who are beneficiaries with benefits remains at 1,111,792. The Association attributes the fall of 3,391 beneficiaries to the fact that “there is no replacement fee” for those who die, that is, they are not covered by those on the waiting list. In the reports of all these months of the Imserso, which depends on the Ministry of Social Rights, it is indicated that “other types of leave have been taken into account” for the monthly estimate of benefits, but “death is the main cause of leave in the system”. Those that may be due to resignations of both benefits and lists, exposed in the Association, which is a benchmark in the sector and has been preparing studies for more than a decade, are “anecdotal”. “The vast majority are deceased,” says its president, José Manuel Ramírez.

The Association calls for “urgent measures not to definitively abandon the 384,149 dependents who are awaiting a procedure.” There are 234,577 in the list of people entitled to benefits pending receipt, the so-called “dependency limbo”. In order to reach those 384,149, we must add those that have requested an assessment, but no one has yet examined them and have not recognized the right, which are another 149,572. This last list had reached 140,000 in August 2019 and with them broke its record since 2012, now exceeded. According to Imserso statistics, 80% of those who request it end up being classified with a degree I, II or III –in order of severity– of dependency. Adding the two lists, 44,898 people have died in total, 164 people a day in Spain waiting for care.

These mortality data among vulnerable people accompany the MoMo reports, prepared by the National Epidemiology Center, which estimate the difference between the deaths that have actually occurred with the averages of other years. This 2020, due to the pandemic – both directly to COVID-19 and to setbacks in the health system -, there were almost 44,000 ‘extra’ deaths between March and May, the highest peak in recorded history. They were concentrated in those over 74 years of age (74% of deaths), that is, in people who could be part of or request aid from the Dependency Care System.

The communities with the greatest decline this year in terms of dependency were the Community of Madrid, with 8,569 fewer beneficiaries than at the beginning of the year, and Catalonia, with 6,308 fewer beneficiaries. They are also the two communities with the highest excess of deaths according to the MoMo. The Association has dissected the figures by type of provision or service, since there are different modalities that users can receive. The places in residences are those that have decreased the most, there is an accumulated reduction of 9%, 14,999 fewer residents since January. Nursing homes have been badly hit during the health crisis due to the spring outbreaks in such centers and the vulnerable population concentrated there. Home help has been reduced by 2%, 4,238 fewer users. And in the day centers the variation has been a decrease of 5 percentage points, 4,770 fewer benefits. “These three data do, by themselves, that more than 10,000 jobs are lost”, they also estimate in the Association.

Ramírez points out a “hidden cut” of this type of services, in addition to “the effects of the wild cuts, with 5,864 million euros of cut accumulated since 2012”, according to more data from the Association. They point to the responsibility of the autonomous communities, whose governments manage Social Services in the territories, and also the second vice president of the government and Minister of Social Rights, Pablo Iglesias, who they ask “to urgently convene the Territorial Council to propose an immediate increase in the financing of the Dependency Attention System (without waiting for the General State Budgets) complying with what was agreed in the State pact by the Dependency and the meeting of Autonomous Presidents “.