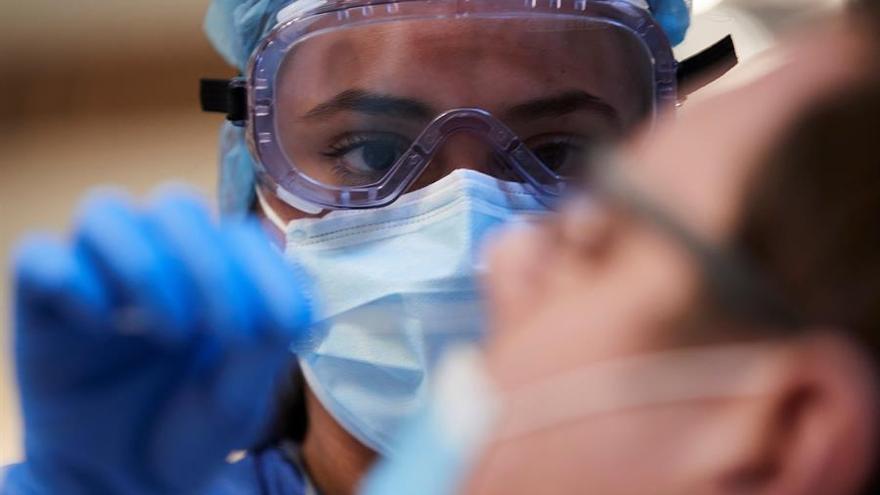 The Ministry of Health has registered 9,331 new cases of coronavirus. This is a higher figure than yesterday, when they were 8,257. Of the total infections reported in the balance of this Wednesday, 5,060 occurred in the last 24 hours. In total, since the start of the pandemic, 1,665,775 people confirmed by tests have been infected. In addition, the cumulative incidence continues to decline, standing at 251.61.

Regarding the deceased, the health authorities have added 273 new ones to the total balance, which now stands at 45,784 deaths. Of these, 1,051 have occurred in the last week.

The Ministry of Health takes this afternoon to the Interterritorial Council that brings together Minister Salvador Illa with all the councilors of the branch his proposal for Christmas: extend the meetings on the designated days –24, 25, 31 December and 1 January– to 10 people, extend the curfew on those same days to 1.30 am, and limit travel between communities, except if they are “place of habitual residence of relatives or relatives of the displaced person “.

Illa has clarified that the agreement reached this Wednesday It will be a recommendation plan, but they cannot oblige and the last word will be from the communities. Under the “same scheme,” said the minister a week ago, “each one will have to make their decisions in relation to their epidemiological situation.” The current state of alarm already forces meetings to be limited to 6 and allows a curfew between 10 p.m. and midnight. This special document for Christmas expands that possibility, but does not oblige.

In Galicia, a month after having drawn the blind, the Xunta has decided to reopen bars and restaurants with different limits depending on the incidence of COVID in each municipality. In addition, the general limit to meetings of non-cohabitants in the main cities has also ended and the new restriction in this regard sets a limit of between four and six people for meetings, depending on the level of incidence of each locality. Among the measures, announced this Wednesday by the head of the Galician Government, another one that looks to the border stands out: Galicia calls for the closing of the border with Portugal from this Friday until December 9.

And for his part, In Extremadura, the Board has decided to extend the level 3 alert for the pandemic until January 10 throughout the region, regardless of the additional measures taken in the Interterritorial Health Council this afternoon. The region established this alert level 3 or high on November 6 throughout the region, as the hospital occupation began to be important, and two weeks later it was extended for the first time.