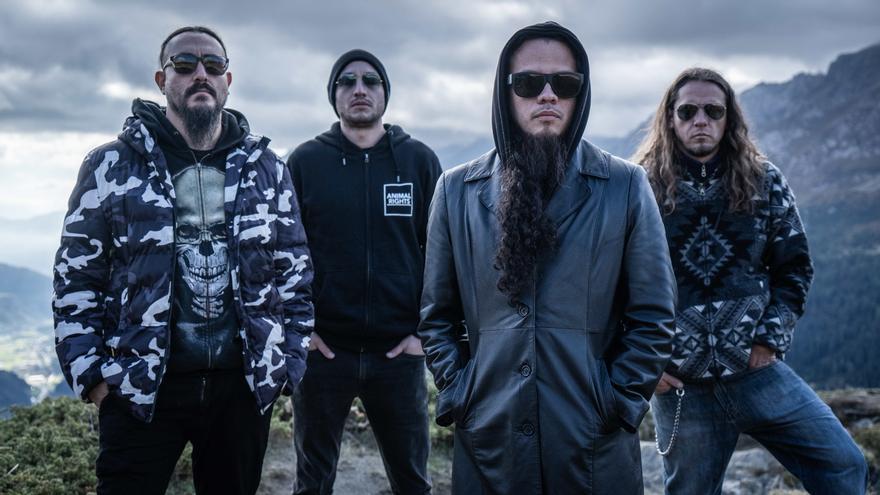 Quito, Dec 28 (EFE) .- The mandatory confinement due to the covid-19 enveloped the Ecuadorian heavy rock band “Descomunal” in a “deafening silence”, which led them to travel along roads in which they appropriated the sound from the mountains and the colors of the Andes to create rhythms you never imagined.

Anchored to heavy rock, specifically Latin hardcore metal, and with singers with a voice so powerful and husky that it makes it almost impossible to understand the lyrics of the songs, “Descomunal” has found in confinement a new angle for its music.

Miguel Vinueza, director of “Descomunal”, comments to Efe that “it was an abrupt change” because “abrupt” was being confined.

But, paradoxically, during the distancing they experienced a greater union of the band, which at the moment “works online: three in Ecuador, one in Holland and one in the United Kingdom”.

“The pandemic really brought us closer together, led us to have more creative process, and to begin to understand this issue that was happening to us, being locked up” and to say it with music, he explains when noting that they rethinked and explored paths that they had never traveled, after what was born the ballad “Before your look.”

With tours and concerts blocked by the pandemic, “in short, we remained silent. This deafening silence that turned us off for a few days, led us to think, to rethink things, to look for ways to continue saying what we feel,” he said. .

And they discovered that they could present their music in many ways, and that one of them could be inspired “by the sound of the mountains, by the cold climates, by the colors of the Andes.”

“Yes, we are rockers, metalheads, delighted, proud, active, but we are artists and this possibility of saying other things, with other sounds, has been beautiful, a gold mine,” he emphasizes.

They thus left their comfort zone and far from amplifiers and “the abuse of sound” strident, they fed on acoustic sounds and “melodies with the taste of wasteland” to give “a geography” to their sound.

They invited Grecia Albán, a scholar of popular song, so that her voice “shows the language of this new language with which we intend to dialogue with other feelings, with other emotions that also inspire and shape us as artists,” he says.

“‘I almost died when a very heavy metal band invited me to sing What am I going to do there? I don’t scream'” was Albán’s first reaction, recalls Vinueza, who believes that inviting that voice that ” strokes “was” the greatest success. ”

With a docile voice, Albán opens the ballad singing: “A pain that tears the truth out of me” to speak after looks that hurt more than words, in a song that has been captured in a video of more than six minutes full of landscapes.

Albán sings “intense moments” that “are suspended in eternity” accompanied by soft tunes that call for meditation and replace the strident rhythm typical of Descomunal for almost two decades, when it was born as a heavy rock band.

Descomunal was born in 2002 when Vinueza decided to form a metal band with a fresh and new sound, for which he teamed up with guitarist Carlos Rodríguez and together they created the first songs.

Other musicians joined the band that was adopting the strong and forceful sound, which has characterized them until now, which have opened a new door to add other rhythms to their repertoire, which has more than thirty songs with lyrics related to social complaints. , corruption and other injustices.

They have also expanded their scheme to topics related to how to understand love and family while growing up.

“This is the beauty of this new sound: we can talk about other things. Before we were only talking about how angry we were with the system for its injustices and aberrations,” he says.

Their songs also offer “strength to the listeners so that they know that they can move on,” says Vinueza, who participated in the 2019 tour of the band in ten European countries, without guitarist Mauro Pazmiño, absent for academic reasons.

Thus, Rodríguez (guitar), Gustavo Dueñas (vocalist), David Tomaslli (drums) and Vinueza (bass and backing vocals) traveled 13,000 kilometers to offer 16 concerts, a tour that will be reflected in a documentary, which will be released in 2021.

For the director, the good reception in Europe was “shocking”, where they found great recognition from an audience who told them that if they worked there “they would already have a large label”.

“It has always been complex to be an artist in Ecuador”, while it is seen that outside “yes (very good) things happen to bands, painters, writers, filmmakers, here we are still in the same circle turning around”, he laments , so now they will focus on strengthening the internationalization of the band.