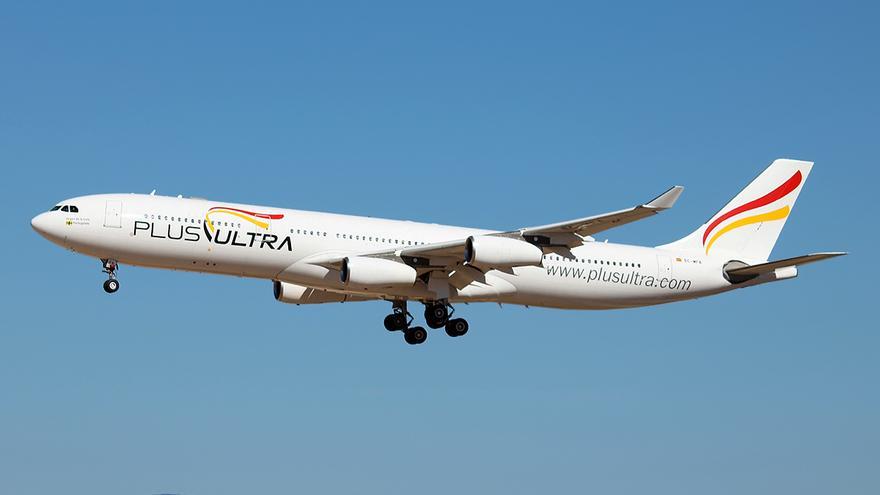 The state bailout of 53 million euros granted on March 9 by the Council of Ministers to the airline Plus Ultra has caused a political storm. The PP has requested an investigation commission in Congress on this matter and Vox has announced a complaint in the Supreme Court for alleged misappropriation of public funds and prevarication.

While the complaint of the ultra-rightist formation is directed against the members of the Government and those responsible for the State Society of Industrial Participations (SEPI) that manage the rescue fund for companies affected by the pandemic, Ciudadanos has requested the appearance of the Ministers of Economy , Treasury and Transport, Nadia Calviño, María Jesús Montero and José Luis Ábalos, respectively, to explain the criteria followed to rescue a company with “four planes, a single air route” and that “does not reach 0.1% of market share”.

They have also asked the National Commission of Markets and Competition (CNMC) to intervene in the operation, but its president, Cani Fernández, recalled that the power to abort this rescue is not his, but in his case the European Commission .

On the part of business organizations, the president of the National Federation of Self-Employed Organizations (ATA), Lorenzo Amor, has indicated that the rescue “is to make fun of Spanish citizens, the self-employed and small Spanish companies” and has regretted “That an SME that has had losses in 2019 cannot access direct aid and that this company that has been in losses for years can access 53 million.”

These are the controversial points around the rescue of that deficit airline:

Last Wednesday, while Mariano Rajoy and José María Aznar testified as witnesses in the trial of box B of the PP, the general secretary of this formation, Teodoro García Egea, announced in Congress that he would request an investigation commission for the “scandalous” rescue of Plus Ultra, with the aim that it is known if the public money invested by the Government “is going to end up in the accounts of Podemos.”

There is no evidence of linking the purple formation with the airline’s capital. But the connection of Plus Ultra with Venezuela is a fact and there the opposition has seen the open sky to cry out against the operation and attack the Government.

Plus Ultra has a Spanish president (Fernando García Manso) and its headquarters are in Alcobendas (Madrid), but its main shareholder (47.2% of its shares, according to Insight View data) is Snip Aviation, an apparently inactive Spanish company administered by three Venezuelans who in turn are directors of the airline: Rodolfo José Reyes Rojas (president of Snip) and as directors, Raif El Arigie Harbie and Roberto Roselli. The latter, also secretary, is the CEO of Plus Ultra.

These three Venezuelan businessmen have been considered close to the Government of Nicolás Maduro and its vice president, Delcy Rodríguez. In particular, Reyes Rojas, who together with his partners shares several partnerships in Spain with the Venezuelan-Lebanese businessman Camilo Ibrahim, close to Delcy Rodríguez.

Reyes Rojas has also been linked to Alex Saab, a Colombian-Lebanese businessman who has been detained for months in Cape Verde and whom the US government accuses of being a “front man” for Maduro.

The rescue of Plus Ultra will benefit a firm domiciled in Panama, a territory that was included just before the pandemic by the ministers of Economy and Finance of the European Union in their black list of tax havens. This company is linked to Reyes Rojas, which manages more than a dozen companies in Panama.

In December 2017, and to avoid going into dissolution, Plus Ultra signed a participative loan of 6.3 million euros with the Panamanian Panacorp Casa de Valores, SA. This firm, authorized and regulated by the Superintendency of the Securities Market of Panama, belongs, according to its latest published accounts (2019), to Panam Capital Market Holding, SA, which was incorporated in Panama 2008 and which at the time of its creation had between its directors to Rodolfo Reyes Rojas himself.

As subscribers of the shares of Panam, that company that is indirectly creditor of Plus Ultra, are Dianeth de Ospino and José Eugenio Silva Ritter, two Panamanian citizens who also appeared in the company’s charter and who appear linked to hundreds of companies in that country.

In this case, the connection does not refer to Venezuela, nor to remote deserts, nor to distant mountains, but to Spain: De Ospino and Silva acted as alleged front men of a company belonging to Rodrigo Rato’s family in that country, Walden Enterprises Inc, which She was transferred to Spain after the tax amnesty of Aznar’s former economic vice president.

Those two Panamanian citizens are also listed in companies in Panama of the Mexican family Amodio, which last year took control of the Spanish construction company OHL; were related in Latin American media with the business network of Fabricio Correa, brother of former Ecuadorian president Rafael Correa, convicted of corruption in his country. And they also held positions in the offshore companies of the Lava Jato network in Brazil.

Also sitting on the board of Plus Ultra is Pedro Antonio Borquez Tarff, another Venezuelan businessman who appeared in The Panama Papers and Los Papeles del Paraíso and who appears as administrator of several Panamanian companies, like his compatriot Héctor Antonio Tobías Roye. Both injected 1,237 million each into Plus Ultra in mid-2018, according to Vozpópuli.

The precedent of Air Madrid

On the Spanish side, the founders of Plus Ultra, Fernando González Enfedaque and Julio Miguel Martínez, were responsible for Air Madrid when this charter company went bankrupt at Christmas 2016, leaving 64,000 passengers on the ground. Both were exonerated by the National Court, but González was convicted in 2019 for a tax offense.

Plus Ultra has indicated, through a statement, that it is a Spanish company, and that, although, like “the rest of the companies in the sector”, its shareholding is made up of “different nationalities”, the majority of the capital has always been ” in the hands of European citizens and, specifically, Spanish “.

Unknown to ordinary Spanish citizens until recently, the airline, which during the worst of the health crisis was one of the companies that provided itself to transport medical supplies from China, has a negligible market share. In the year prior to the pandemic, it operated a total of 823 flights at Spanish airports and transported 156,139 passengers. This places it in 166th place of the airlines operating in Spain, with less than 0.1% share.

The company has been, with Duro Felguera, the third company rescued with the SEPI fund after Air Europa, which received 475 million and, for comparison, transported 19 million passengers in 2019. Although its competitor Ryanair (which has denounced the fund of SEPI’s rescue in the EU Court because it says that it is discriminatory) ensures that Plus Ultra “is not strategic”, the Minister of Finance has defended that it is one of the 20 Spanish airlines with a type A license, “essential companies for the support “of the ‘hub’ of the Adolfo Suárez Madrid-Barajas airport, which” must not only be preserved in size, but also made to increase so that it is competitive with neighboring countries “.

The Executive maintains that the rescue is justified, in addition to the 350 direct jobs and the 2,500 indirectly linked to Plus Ultra, by the importance of the tourism sector and by the role of the airline in offering flights for migrants living in Spain or their relatives from countries such as Venezuela, Ecuador or Peru. It has also justified that it is one of the first grants granted to a chronological explanation: it was one of the first companies to request it, in September.

The rescue has been carried out based on three technical reports commissioned from the firm Daiwa Corporate Advisory, Deloitte and the Spanish Air Safety Agency (dependent on the Ministry of Transport) to verify that the company met the requirements to receive the aid. As Vice President Carmen Calvo has recalled, AESA “cannot issue reports other than on security” (Carmen Calvo), not on its financial or business viability.

Endowed with 10,000 million, the rescue fund of the SEPI (body whose presidency has been vacant for a year and a half) has so far received about 30 requests from companies that have requested aid for an amount exceeding 3,000 million. It is a mechanism designed for companies that have been affected by the coronavirus crisis, but were viable before the pandemic.

Plus Ultra has argued that it was not a company in crisis as of December 31, 2019, according to the criteria established by the European Commission Regulation, although its numbers are those of a very deficit society. Incorporated in August 2011, although its first plane did not take off until June 2015, after obtaining its flight license, before the pandemic it expected to break even in financial year 2020. In which it closed in January 2019, it was close to achieve it. It billed 63 million and declared losses of 2.11 million, compared to the red numbers of 6.72 million a year earlier. At the time, it had a negative working capital of almost 4 million and accumulated 8.5 million losses from previous years. You have never posted benefits.