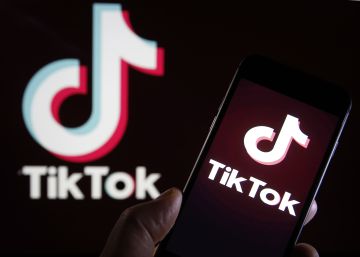 When you click, the phone screen becomes an endless succession of videos, most of less than 15 seconds. The application is called TikTok and it is likely that you are one of the 500 million users – more than Twitter and Snapchat, little less than the sum of both – spread all over the world. 2019 has made TikTok a global phenomenon. It is the first Chinese platform to achieve this, another symptom of the vertiginous speed at which the country’s technological innovation advances. Their nationality is also the reason that, in parallel to their success, they begin to wake up voices worried about the security of their data and the freedom of their contents.

Just last year, TikTok it was downloaded more than 750 million times, according to data from the Sensor Tower consultancy. This means several tens of millions more than Facebook, Instagram, YouTube or Snapchat in the same period of time. The app It is available in 150 countries and 75 languages. In India, its first market, almost a third of the population has downloaded it. The same percentage applies to the United States. Of those 500 million users, whose average age ranges between 16 and 24 years, 90% visit the social network more than once a day, until completing an average of 52 minutes or, what is the same, 1,000 million of videos viewed every 24 hours.

All of the above has turned TikTok into a money maker: the same agency estimates the annual increase in revenue by 521%. It is only possible to resort to third-party data because the company “does not publish its commercial figures.” Advertising is the basis of your business model. “A complicated scheme,” explains Jeffrey Towson, a professor in the MBA program at Peking University, “because to get benefits you need a huge volume of traffic, billions of visits.” TikTok has them.

The rise of the platform also highlights the technological strength of the Asian giant. “All innovation in the consumer business comes from China, not from Silicon Valley. Almost 10 years after the death of Steve Jobs, the only thing Apple can offer are its AirPods: headphones! Meanwhile, Facebook’s great future project is a digital payment platform, something that Ant Financial [filial de Alibaba, propietaria de AliPay] It’s been years already, ”says Towson. “Here, however, new ones appear apps each month. If you check the 100 most downloaded in the Google Store in India, for example, at least 40 are Chinese. TikTok is only the first one that has won the attention of the West. ” Jeongwen Chiang, professor of marketing at the China-Europe Business School (CEIBS), he does not doubt: “China is by far the most advanced country in digital matters.”

The success of TikTok has made ByteDance, its creative company, one of the start-ups most attractive in the world: its last round of financing, carried out in August 2018, raised its value to 67,000 million euros. The latest rumors speak of a possible IPO in Hong Kong in the first quarter of this year. ByteDance began its journey with a news aggregator, Jinri Toutiao, who used artificial intelligence to adapt its contents to the user. But its CEO, Zhang YimingHe soon reoriented his interests. “In the content sector, text and photos have evolved into video. The content generated by the users themselves is growing, ”he declared then. With this idea in mind, in 2016 launched Douyin, a short video application that achieved 100 million users in less than a year.

A year later, ByteDance bought for $ 1 billion Musical.ly, a app Similar and very popular among American teenagers. In Chiang’s opinion, this movement was key. “Although both were Chinese companies with a similar product, Musical.ly had been very well received abroad while Douyin dominated the domestic market,” he says. From this synergy arose TikTok.

But Douyin did not disappear. TikTok and Douyin, similar platforms, coexist – combining 1,000 million users – in parallel. The first, only accessible abroad. The second, within China, to comply with the censorship policy imposed by the Communist Party. This link is the source of many concerns, related both to the security of your users’ data and to their respect for freedom of expression.

Last December, the U.S. Army banned its soldiers from having an account in the app, arguing that its use could represent a threat to national security. Senators Tom Cotton and Chuck Summer called on intelligence services to evaluate TikTok’s activity, saying it could be forced to “support and cooperate with party-controlled intelligence operations” since “Chinese companies have no legal means to reject the demands of the Government ”. ByteDance responded with a statement stating that its servers are located in the countries where the app is available. Those responsible for the company, however, refused to appear before a congress committee charged with examining the links of the technology industry with China.

Suspicions find support in the precedents: this year, TikTok agreed to pay a fine of 5.7 million dollars for illegally capturing personal data of minors on its platform. Also, in an open letter published in 2018, its director general promised to “deepen cooperation” with the Communist Party with a view to promoting its policies. The application has already had to deal with temporary vetoes in India, Indonesia and Bangladesh.

A second reason for distrust is the policy that applies to the management of its contents. TikTok has blocked videos that denounced the violation of human rights in China, particularly regarding the situation of the Uighur ethnic group in Xinjiang Province, where more than one million people are victims of mass incarceration. The case of Feroza Aziz, an American teenager whose account was blocked in November after sharing a video on the subject, concealed as a makeup tutorial, which soon went viral, is well known. The platform argued later that it had been a human error related to a previous publication.

“The strength of this type of social networks is that it is very easy to scale the contents because they are created by the users themselves. But that creates a supervisory problem, ”says Towson,“ because if there is no control over these contents, the quality will go down and the users will end up leaving. ” This intervention is particularly difficult when the content consists of videos “because, unlike the text, algorithms cannot operate autonomously.”

The key, in his opinion, is in the fine line that separates censorship caution. “Twitter does it, YouTube does it: everyone does it. The question is whether the user trusts the person who does it. If you aspire to be an international company that oversees content all over the world, you must leave your office, make yourself known and gain people’s trust. TikTok’s biggest problem is, in short, transparency. ” In the screen of 500 million phones, meanwhile, still playing short videos.