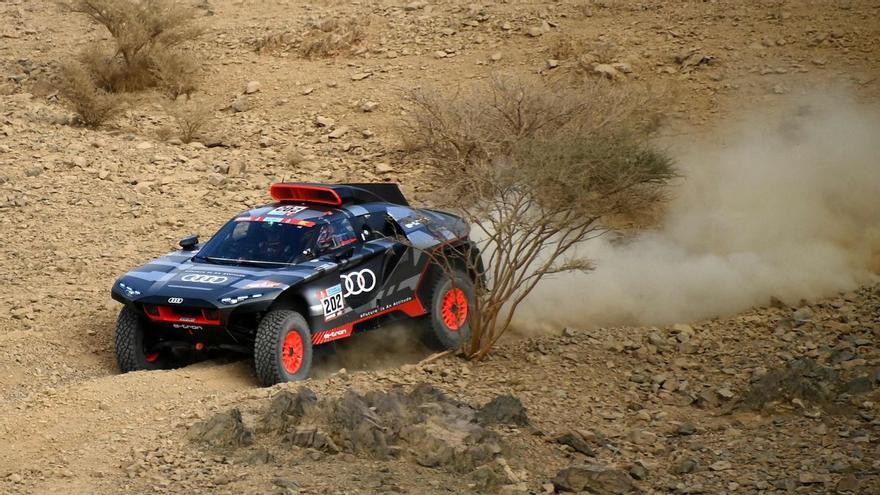 The Dakar, which started in 1979 at the hands of the Frenchman Thierry Sabine (“it is a challenge for those who leave, a dream for those who stay”), it still has, of course, that unique component of adventure, risk and competitiveness.

But the Dakar, which repeats this year in Saudi Arabia, With 1,065 competitors from 63 countries, 578 vehicles, 8,375 kilometers of route, 4,258 of them timed and which will be held from January 1 to 14, it wants to adapt to the new times, not only to the sophisticated technology of the motor world but also, also, to the evolution of society and respect for the environment.

Hence many have already qualified for the Dakar-2022 as the first 'green Dakar' without being, of course, entirely true. What is really certain is that this will be the edition in which the first stone will be laid so that, according to its organizers, by the hand of the French David castera, the Dakar-2030 is already the first rally where 100% low-carbon vehicles will participate.

“It is another step in the history of the Dakar and the 'rally raid'”, explains Castera. “A very important step related to the energy transition through the implementation of the first phase of the plan that we have called 'Dakar Future'. In the future, we want all vehicles to be electric ”. What Castera does not explain is that, even in daily life, in the development of electric cars and also, yes, of hydrogen-powered vehicles, a series of tremendous problems are occurring that, for the moment, make these cars o they are very expensive, or they have a ridiculous autonomy or, in the case of hydrogen, they cause some fear.

Of course, the introduction in the Dakar-2022 of the new subcategory T1-Ultimate (T1-U), with the three Audi Q RS e-tron with hybrid engine in the hands of the two great champions Stèphane Peterhansel Y Carlos Sainz, almost like the GCK of Guerlain Chicherit Powered by biofuels and the Gaussin team truck, in demo mode, generate great hope when it comes to dreaming about the goal of 2030.

Neither Peterhansel, holder of 14 Dakar, nor Sainz, who is looking for his fourth crown with a different brand after being the winner with Volkswagen, Peugeot and Mini, believe that they will be able to defeat the powerful Toyota of Nasser Al-Attiya Y Giniel De Villiers, which has just overcome Covid-19, nor the BRX (Barain Raid Xtreme) of the powerful Prodive team, Nani Rome Y Sebastien loeb.

It is still incredible and surprising that the birth of the so-called 'green Dakar' occurs, well it does, in Saudi Arabia, the second country in the world, after Venezuela, with the largest oil reserves in OPEC. And it is that this Dakar-2022 will finally be the test that baptizes the new FIA and FIM Rally-Raid world championship, which will be made up of four other very tough tests to be held in Abu Dhabi (March), Kazakhstan (April), Andalusia (June) and Morocco (October).

It goes without saying that to the powerful cars, trucks, quads and the funny SSVs, tiny cars, with tubular chassis and powerful motorcycle engines, tremendously light and manageable, very cheap, will be added the powerful motorcycles, led by the last winner, Kevin Benavides, that he has signed for KTM, and that he will have in Sam sunderland (Gas-Gas), Toby Price (KTM) and Joan Barreda (Honda) to his greatest rivals.

The race that will start this weekend in Saudi Arabia will once again have as a surprise ingredient and, of course, a trick that evens everyone's forces, the fact that the road book for each day is delivered minutes before the start of each stage, which will prevent large teams from being able to study the route of each day with sophisticated equipment that discovered, even from a drone view, all the traps and alternative paths that could be taken.

"The role of the copilot", he explains Juan Porcar, one of the great Dakar experts, “continues to gain enormous importance, then, contrary to what happens in long transoceanic regattas, where very complete and highly prepared shore teams continue to advise sailors when it comes to following the winds and the best route, the Dakar has indeed found the trick that the big teams cannot plan what is going to happen in each stage. Everything is left to the wisdom of the co-driver, his experience, his expertise and, of course, the hands, courage and skill of the pilot ”.