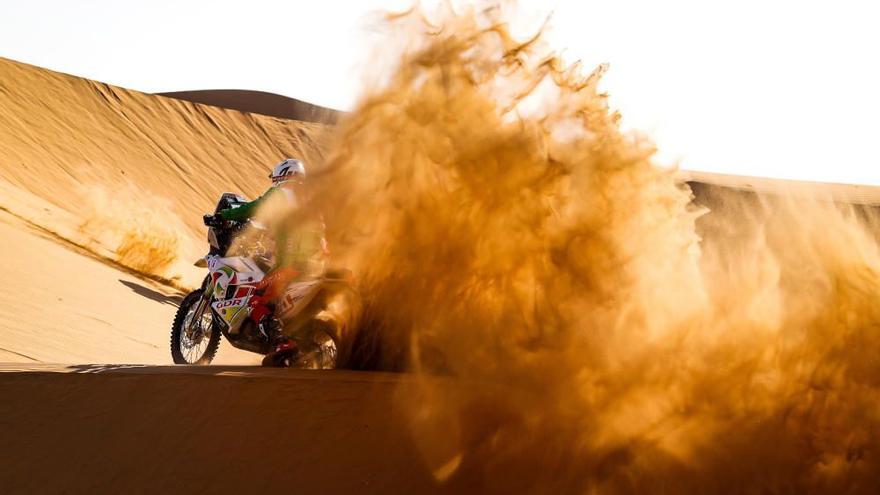 Tradition and innovation will mix in the Dakar 2022, which will offer an inhospitable route laden with sand and dunes, the most genuine essence of this rally, for the ambitious race debut of the first hybrid cars, equipped with the latest technology in electric motors.

This is how it was presented this Tuesday, during the day prior to the departure of the Andalusia Rally, the forty-fourth edition of Dakar, the toughest rally in the world, which It will be held from January 1 to 14, again in Saudi Arabia. The Arab country will host the race for the third consecutive year within the five-year contract it signed with the French company ASO (Amaury Sport Organization), organizer of the event.

The persistence of the pandemic Covid-19 It has postponed plans to include neighboring countries such as Jordan or Dubai on the route until 2023, but this has not been an obstacle to developing a new route by 80%, according to the Dakar director, David Castera.

The distance to be covered will be around 7,000 kilometers (more than 4,000 timed and between 2,500 and 3,000 links), divided into twelve stages, in addition to a prologue on January 1 that will define the order of the start of the first stage. The caravan will depart on January 2 from Ha’il, a central and traditional city of Bedouin trade; It will have a rest day in the capital Riyadh on the 8th and will culminate on the 14th in Jeddah, the main Saudi economic hub and its great port on the Red Sea.

Main course in the “empty room”

If in previous years the route was lavished on the coast of the Red Sea and on the rocky and stony routes of the center of the country, in 2022 the Dakar will look out over the coast of the Persian Gulf and will enter especially in the ‘Empty Quarter’, a nearly uninhabited 650,000 square kilometer sandy desert in southern Arabia. “With or without Dubai or Jordan, I planned to go south to enter the ‘Empty Quarter’ to make dunes and dunes”Castera noted.

It is in this vast and remote area where the copious sand menu of the next Dakar will have its main course, with three full days on dunes, including the marathon stage, where participants will not be able to receive assistance from their mechanical equipment.

To exit after the inhospitable ‘Empty Room’, the vehicles will have to be loaded into trucks, which will give the pilots a break by saving them many kilometers of links.

For the first time in the Dakar, motorcycle and quad riders will wear airbag vests, similar to those used for years in the MotoGP world championship.

The electronic “roadbook” will also make its premiere for elite motorcycle and quad riders and for all cars, light cars and trucks, so that the necessary indications to follow the course of each stage will be in a electronic tablet and no longer in the traditional roll of paper that was used until now.

After angry complaints this year from speed rally legends such as Carlos Sainz and Sébastien Loeb after losing several stages, Castera has promised to lower the degree of difficulty that the roadbook had in the last edition.

Towards the energy transition

However, the most significant novelty is perhaps the appearance in competition of the first hybrid vehicles, the initial step of a six-year plan marked by the organization of the race so that all vehicles will use renewable or low-carbon energy by 2030.

This will be reflected with the debut in the Audi race, which for the first time will have an official team in the Dakar with a hybrid vehicle, composed of a gasoline engine that will recharge the batteries of the three electric motors.

“For us it is a very good step because they are going to use twice less gasoline than a normal vehicle, but it is not enough. The idea in 2026 is to leave the concept of gasoline to manufacture electricity and promote other solutions,” said Castera . “It is something very ambitious and we are working all the regulations with the FIA. With electric motors I want to keep the spirit of the Dakar, which is to move a vehicle over 500 kilometers on the worst conditions. It’s an incredible challenge and I think the Dakar can do that, “he concluded.