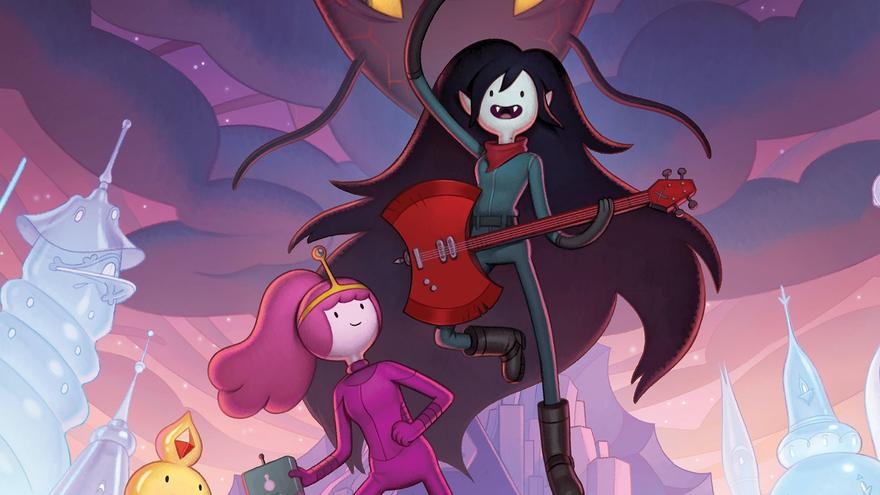 In a scene from A girl comes home alone at night, the main vampire approaches a boy of about twelve to say: “Are you a good boy? I can take your eyes out of your head and give them to the dogs to bite. Until the end of your life I will be watching you Got it? Be a good kid. ” The boy runs off and the vampire keeps her skateboard and rides it down the street, dressed in a striking striped T-shirt and a chador swaying in the wind.

An unforgettable picture, although not as much as the warning of the undead. It turns out that the protagonist of this 2014 film, directed by Ana Lily Amirpour, only attacks men who exercise violence against women: abusers, rapists and misogynists of the first order. The threat that whispers to the boy, a witness to this violence, makes it clear that if he becomes that type of man, she will go after him.

This vampire has little or nothing to do with that elegant bloodsucker who said “there are bad dreams for those who sleep recklessly.” A Transylvanian earl who, among other things, was a sexual predator. How much has the vampire figure changed since Dracula by Bram Stoker? Do their constant mutations mean anything? What does it say about our society that today there are more vampires in fiction than ever and that, in addition, they fight against male violence?

To all this the journalist and writer David Remartínez responds in A pop history of vampires (Arpa, 2021), a uniquely entertaining book that transcends the ‘vampire fan’ niche, to offer a reflection on how pop culture assimilates and transforms our society before our eyes.

The same year that Franco died, in Spain TVE began to broadcast Sesame Street, whose characters would accompany more than a generation of influenceable boys and girls. Among them was Count Draco –Count Von Count in the original–, a parody of the Dracula that Bela Lugosi had interpreted in 1931 under the orders of Tod Browning. “He was the first pop vampire, a decontextualized icon that, instead of being scary, he wanted to embrace,” says David Remartínez.

“As a fan of the vampire, the first thing you want to do is write about the great classics, but that didn’t add anything new. I wanted to talk about vampires that had been less written about and give them a current approach,” the author tells elDiario.es . Hence his essay is divided into nine blocks based on characters such as Count Draco from Sesame Street, Marceline from the animated series Adventure Time, Cassidy from the comics Preacher or Fernand, of the Vampir by Joann Sfar. Characters that shed light on how the figure of the vampire is perceived today.

“They are much more contemporary vampires and they appeal to us with a greater closeness than that of Bram Stoker. Fernand, for example, is as lost with love as any of us on Tinder”, reflects Remartínez. Today, characters like Marceline in Adventure Time, Vampirina in the Disney series of the same name or the Mavis played by Selena Gómez in the four installments of Hotel transylvania, provide very different visions of the myth of the bloodsucker, with a common substrate: overcoming the fear of what is different.

“We are installed in fear of a terribly uncertain future, and movements such as the extreme right are taking advantage of that fear,” reflects Remartínez. “These pop perspectives of the vampire are actually a constant invitation to embrace the unknown, not to be afraid of what we do not understand, be it a monster or a legislative proposal.” According to the author of A pop history of vampires, “It is a question of not rejecting what is different, of trying to understand it. The figure of the vampire assumes this conceptual transformation and is becoming more and more like us. Today’s vampire tells us’ I have my extraordinary capacities and my limitations, but in deep down I’m just like you. “

A current understanding of the figure of the vampire requires seeing him as being empathetic, not as a monster that sows only terror and death. This is how Remartínez conceives it when he talks about the aforementioned characters, an exercise no less, taking into account the intellectual objection that exists in the national test when analyzing certain products conceived for children.

A vampire is not the same as a vampire. And between both concepts there is a gigantic stretch in which many reflections on the machismo of yesterday and today fit. The first, according to the RAE, would be a “specter or corpse that, according to certain popular beliefs, goes at night to suck little by little the blood of the living until it kills them.” The definition of the second, on the other hand, reads: “A woman who takes advantage of her capacity for love seduction for her own benefit.”

A pop history of vampires it also addresses the political reading of the mutations of the vampire and the vampire, fictional but conscious beings, whose understanding of the sexual drive has also changed over the last decades. It does so through the analysis of characters like Bella in Twilight, Eve in Only lovers survive or the aforementioned unnamed vampire from A girl comes home alone at night.

“There are many examples of vampires who, in fiction, fight and even overcome machismo through the recovery of their own pleasure and their own identity,” defends David Remartínez. “Relatively little has been written about the vampire, which I think has a great liberating impact on film and contemporary series.”

The examples of this liberation are numerous and some have been mentioned here, although it is true that the greatest influence of the 21st century on the popular perception of the vampire came with a conservative sign: the saga Twilight by Stephenie Meyer. “Twilight it is totally circumstantial, “says Remartínez.” Its success ran between 2008 and 2012, in the midst of the global economic crisis that meant the resurgence of the current far right. But what captivated those series and films was the love story: they were three boys who transmitted the tremendous sentimental and hormonal dislocation of adolescence. The conservative issue, whether they fucked or not, we saw the adults, not the adolescents to whom Meyer’s work was directed. And of Twilight it has not transcended that reading, rather it has become a self-conscious meme “.

“If he were still alive, Bram Stoker would be an unhappy but undeniably wealthy man,” wrote Dr. Clive Letherdale in Dracula story (Harp, 2019). “He would be rich because his novel has not stopped being published since it was published in 1897. […] However, he would be unhappy since the creation of his pen has been constantly overshadowed and trivialized since the advent of cinema. ”

“He would put his hands on his head,” Remartínez agrees. “Most of the vampires and vampires that I deal with in the book, directly, I would not consider them as such. For his Victorian mentality, the fact that his great masterpiece – for he was a type obsessed with posterity – has been interpreted since Prisms so elastic that they have completely modified it, instead of seeing it as a wealth I would see it as an insult. So it is better that he does not raise his head and that he is not a vampire. “