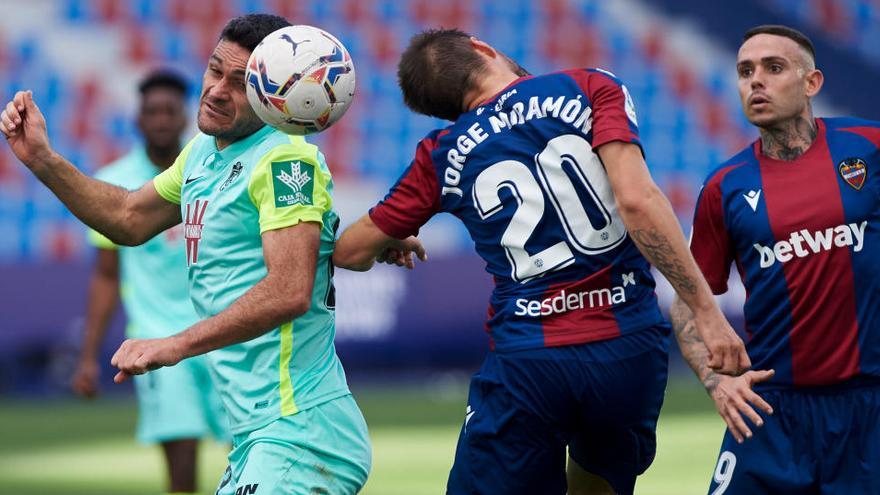 The cup hangover with which Levante and Granada arrived at the meeting led to a tie in a game in which Levante was better in the first period and Granada improved in the restart, although he had to wait for the extension time to establish the final equalizer.

The draw leaves Granada with three points of advantage over Levante, which is ahead in the particular difference of goals and has one game less and reflects the equality between two teams that they were able to show their virtues with the counterattacks of the home team and the visitor’s ability to react.

Both teams saw a demanding week with their respective Copa del Rey matches, both resolved in overtime, and given this circumstance and the numerous casualties, the Andalusian team coach, Diego Martínez, decided to present a defense with three centrals (Nehuén, Domingos Duarte and Vallejo) and two full-backs with more projection.

Levante had qualified and Granada had not. This circumstance perhaps influenced the start of the match, when the locals were more motivated, with a better mood and more depth in their lines, against a crouched rival with little response capacity.

The game took place near the goal of Rui Silva, although the approaches of Levante were not accompanied by clarity in the face of goal, while Granada, although they did not arrive, put together a perfect counterattack in which Kenedy met Aitor Fernández when he played it smelled like goal (m.25). Shortly after, in the umpteenth penetration of Miramón by the band, a rejected ball was hooked by Morales to open the scoring in a low shot impossible to reach by Rui Silva and that reflected the local superiority in the first half hour of the game.

However, although Levante maintained control of the match, in a recovery of the ball, Granada reached the goal of Aitor Fernández and a Kenedy’s good cross shot put the equalizer on the scoreboard five minutes after the end of the first period.

In the initial section of the second half, the forces were more level than in the first, since Paco López’s team could not find a way to reach the rival goal with the same fluidity as before the intermission against a Granada that had given a step forward and made the opponent’s game more difficult. The football of Paco López’s team was less showy as a result of the greater fluidity in Granada’s actions, so the game reached the final half hour with balanced forces.

However, the reverse situation to that of the end of the first period occurred. Then Granada scored when Levante was better now, in a good counterattack and at the moment when it suffered the most, it was the Valencian team which again through Morales, went ahead on the scoreboard. Granada accused the goal, it was not as focused as it had been since the beginning of the second half and Levante found against the spaces that the team always looks for in pursuit of a third goal to close the match.

There was more arrival on the counter by Levante than an offensive presence by the Andalusian team, but in a good offensive action by the foreign team, an accurate header from Soldier put the final tie in the extension time.

Incidents: match played without an audience in the Ciutat de València.

FC Barcelona – Sevilla FC | Copa del Rey: Koeman: “We have always believed, we have never thrown this Cup away”