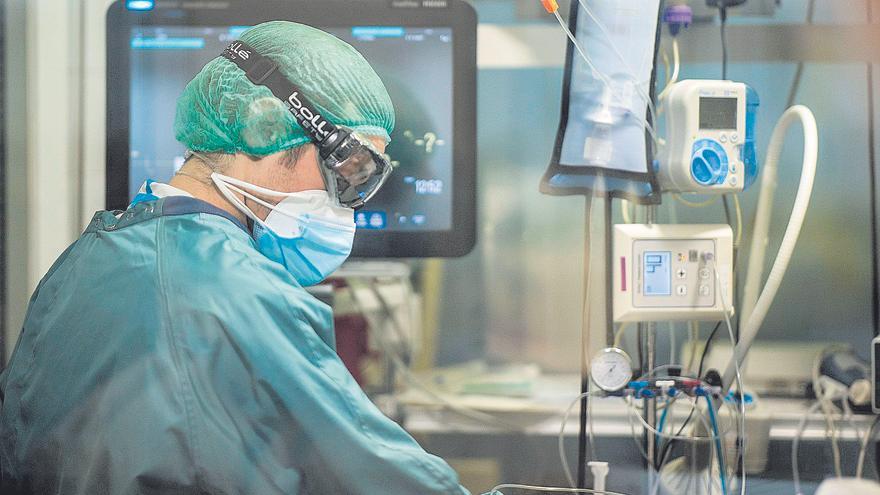 Health notified 35,878 new positives of covid yesterday, bringing the number of infections to 2,211,967 and the number of deaths to 53,079, that is, 201 more, while the accumulated incidence in 14 days reaches 522.7 per 100,000 inhabitants, which doubles the level of extreme risk, which is 250. According to the data provided by the autonomous communities to Health, there are 18,924 covid patients admitted (709 more than on Wednesday), which translates into a hospital occupation of 15, 14%, while in the ucis it is 28.46%, one point more than on Wednesday.

At a press conference, the director of the Center for Health Alerts and Emergencies (CCAES), Fernando Simón, admitted that the incidence of these 14 days continues to remain high “with the weight of these last weeks” although he valued that the speed of the increase It has stabilized at a 26-28 point increase in the last two days. “We hope that this increase will be maintained and progressively reduced in these weeks,” he stressed.

Regarding the occupation of hospital beds, Simón acknowledged that the situation is “complicated” and the increase has been very fast. The director of CCAES has referred to the “significant change in trend” in many autonomous communities between January 8 and 9 “with very short transmission periods, approximately one week”, which coincide with the end of the year. Simón was optimistic and believes that the increase can be controlled with the “forceful” measures applied by the communities as of those days.

The director of the CCAES also referred to the diagnostic level and has affirmed that they have returned to the levels of November with more than 2,000 samples per 100,000 inhabitants in a week. He also admitted that positivity is at 16% with significant variability between communities.

Regarding deaths, he commented that “they continue to rise” in recent days: “This is expected because the increase in deaths is observed two or three weeks after the transmission increases begin”, he added. However, he said that the fatality rate is 1%.

Simón reported that the autonomous communities have notified 88 confirmed cases of the British variant of Covid-19 and there are “over 150, close to 200, in analysis. We will have to see what happens ”. He also recalled that this “is not a thing of two or three days”, “we will have to see how it evolves” and if it can occupy the “ecological niche” as it has done in England, Ireland or Denmark, but right now in Spain ” he is not occupying it ”.

He admitted that they can be found infected among those who come from the southeast of England, “but it is a small volume within the total of cases. Which does not mean that in the future there may be more ”. Simón insisted that, “for now”, it is not necessary to apply a strict confinement in Spain like the one decreed in the months of March and April. However, he warned that if the measures that the autonomous communities are applying to stop the transmission of the coronavirus do not manage to reduce the incidence of infections, the Intensive Care Units (ICU) may reach a critical situation.

“Strict confinement is on the table, but there is still room for other measures,” he said, to emphasize that what the autonomous communities are doing to stop the expansion of Covid-19 puts Spain in a situation “very similar” to the from other European countries such as France or Germany.

Likewise, Simón explained that the third wave of infections has a “similar” level of transmission to that observed in the second wave, as well as the ability to detect the virus. For this reason, he insisted that the measures that were applied in the second wave, and that are being reintroduced now, can be effective in reducing the transmission of the coronavirus in Spain.