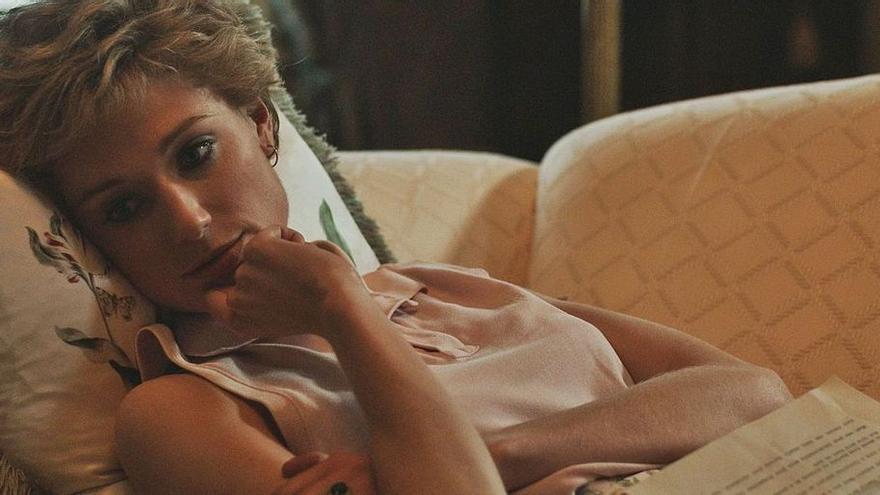 1. Sa Calobra, scene of the filming

The Serra de Tramuntana will be the protagonist of the series of the moment. Starting next Tuesday, the filming team of ‘The Crown’ will be installed in the town of Escorca. Sa Calobra is the place chosen for the character of Lady Di and the one who was his last partner, Dodi Al-Fayed, to relax away from the cameras of the paparazzi who made their lives impossible. The filming will be extended to other parts of the geography of the Serra, such as Port de Sóller, as happened at the time with Cloud Atlas ten years ago. The film by the Wachowski brothers starring Tom Hanks and Halle Berry had as locations the aforementioned Port de Sóller and sa Calobra, as well as Formentor, and left around three million euros on the island, placing Mallorca again on the international map of the cinema.

2. The Mallorcan coastline will become the Côte d’Azur

The waters of Mallorca will be transformed into the award-winning Netflix series in those of the Côte d’Azur and on them will sail Elizabeth Debicki, in the skin of Diana of Wales, and Khalid Abdalla, who will give life to Dodi Al-Fayed. They will do it in a boat that will recreate the yacht that made the headlines of the pink press in the summer of 1997, the Jonikal. With this ship the princess and her children spent a few days in Saint Tropez and days later she was photographed again on deck, kissing with Dodi near Sardinia. The luxurious ship, one of the most famous in the world, had a crew of 16 people, a master suite with a gigantic bed and all kinds of accessories for water sports. After the death of the couple, it was put on sale for 22 million euros and was renamed Sokar (Sugar in Arabic). This will be one of the main sequences to be shot on the island, but there will be others.

3. A love story that was already recorded on the island in 1998

It is not the first film that recounts the last days of Lady Di’s life, nor is it the first to be shot in Mallorca about the so-called “princess of the people”. In 1998, a two-hour telefilm was filmed in its entirety on the island.n. Produced by Christopher Toyne, ‘The People’s Princess‘, which was the name of this film that barely had an impact, it told the love story between the two and did not include the accident that cost Diana and her partner their lives. Its protagonists were Amy Claire Seccombe and George Jackos.

4. Mallorca, third stop of ‘The Crown’ in Spain

The series created by Peter Morgan (‘The Queen’) with the help of Left Bank Pictures and Sony Pictures Television, one of the most expensive in history, with a budget of 130 million dollars, has been shot in different places in Spain during its four broadcast seasons. Seville has served as the stage up to three times. It has also passed through Malaga, which became Australia to recreate the welcome given to the princes of Wales on April 7, 1983; Almería, near the Tabernas desert; o Jerez de la Frontera and Puerto Real, both in the province of Cádiz. Marbella has been one of the last filming locations, because after her divorce from Carlos, the princess took refuge in the Torre de Tramores estate. The production company has now opted for Mallorca, considering that the Costa Nord has many similarities with the Costa Azul.

5. A season with new actors and actresses

The fifth season of ‘The Crown’, which will not be the last, because a new batch of episodes has already been confirmed, will have a completely renewed cast, as it happened with previous deliveries. The actress Imelda Staunton, known for playing Dolores Umbridge in the Harry Potter saga, will be Queen Elizabeth II, and Jonathan Pryce, her husband, the late Duke of Edinburgh, always one step behind the sovereign. Elizabeth debicki (who has already filmed ‘The Night Manager’ in Mallorca) picks up the witness of Emma Corrin as Lady Di and the protagonist of ‘Comets in the sky’, Khalid Abdalla will be in charge of playing Diana de Gales’ partner. This Scottish actor and activist of Egyptian descent has also appeared in the true story thriller United 93 and recently on the series Hanna, available on Amazon. For its part, Dominic West (‘The Wire’) to play Prince Charles and Jonny Lee Miller, who was Prime Minister between 1990 and 1997, John Major.

6. The great winner at the Emmy Awards

The series about the British royal family swept through the dramatic performance categories at the latest Emmy Awards, with full of Olivia Colman, who has played Queen Elizabeth for the last time; Josh O’Connor as Prince Charles; Gillian Anderson as Margaret Thatcher and Tobias Menzies as Philip of Edinburgh. He also won in direction (specifically, Jessica Hobbs, who will be behind the cameras in Mallorca) and script and, above all, The Crown, which received most of its awards at a remote party in the United Kingdom, has supposed for end the coronation that Netflix had been chasing for so many years in the category of best drama. The platform has ended up adding, counting technical and creative Emmys, 44 statuettes.

The Palma Pictures production company has been providing services to Left Bank Pictures for years. They already did it in the filming of ‘Mad dogs‘in Mallorca, a series that received the support of the Island Council to strengthen the island as a tourist destination. There the relationship between the Mallorcan production company and Left Bank Pictures was forged, which trusted her for this great production that is ‘The Crown’. In season four they shot a very short scene in the Tabernas desert, in Almería, where the Paris Dakar was simulated, and in which Margaret Thatcher’s son, Mark, participated. The ‘service’ in Mallorca for the new Adam Sandler film, which was shot on the island just a few months ago, was also provided by Palma Pictures.

8. The anger of the British royal family

With the fourth season of the popular Netflix series, the British royal family decided to break their silence. Some passages of the new chapters, which were released last November on the streaming service, generated such anger among notable members of British royalty that from Buckingham they went on the offensive and he charged hard against the fiction created by Peter Morgan, which they accused of “unreal” and “insensitive”.