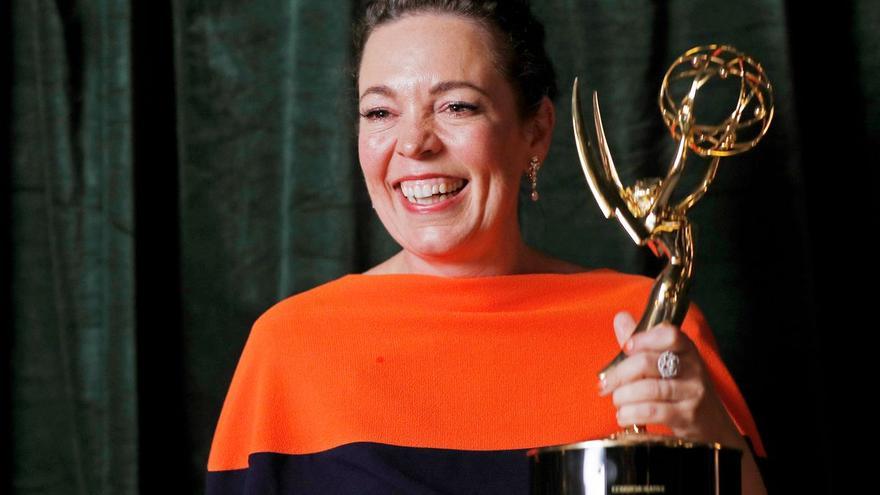 After many failed attempts and numerous nominations without a prize, Netflix finally reigned in the Emmy thanks to ‘The Crown’ and ‘Lady’s Gambit’, which gave him this Sunday the awards for best drama series and best limited series (miniseries), respectively.

The digital giant he had never won one of the great prizes -best drama, best comedy or best limited series- of the most important ceremony on television.

But tonight his luck changed thanks to the elegant intrigues of the British crown in ‘The Crown’ and the surprising chess phenomenon of ‘Lady’s Gambit’ with the Latin Anya Taylor-Joy as the protagonist.

The 73rd Emmys certified the structural change facing the small screen, increasingly oriented to ‘streaming’ and digital services instead of traditional television.

So another platform like Apple TV +, who is not even two years old, scored a great victory with the award of best comedy for the kind and very tender look at football of ‘Ted Lasso’.

The cross was for Disney +, which was presented with powerful assets such as ‘The Mandalorian’ and ‘WandaVision’ but could not take home any of the most prominent awards.

Uniting the awards that were given at the Creative Arts Emmy, some ceremonies prior to the grand gala this Sunday and in which the technical recognitions and other statuettes of very specific sections are revealed, Netflix was by far the maximum winner of the Emmy with 44 distinctions followed far behind by HBO and HBO Max, with 19 between them.

‘The Crown’ and ‘Lady’s Gambit’ rounded out the Netflix party by sharing the honor of being the most awarded series with 11 statuettes per head.

A cyclone from Buckingham

‘The Crown’ passed like a real cyclone for this gala and scored the seven Emmys dedicated to drama series.

“What a lovely ending to the most extraordinary journey“said Colman, that after sweeping as Queen Elizabeth II in fiction he has already given over to Imelda Staunton in this role for future episodes of ‘The Crown’.

“I loved every second of being on this series and can’t wait to see what happens next.”

The Emmy for Best Limited Series, which also includes anthological series and television films, was the most contested statuette with aspiring candidates of a splendid level such as ‘Mare of Easttown’, ‘I May Destroy You’, ‘The Underground Railroad’ or ‘WandaVision’ .

The evening looked headed for a ‘Mare of Easttown’ win after his triumphs at the acting awards, but finally ‘Gambit de dama’ won the Emmy.

On stage, Scott Frank, the creator of ‘Lady’s Gambit’, paid tribute to Anya Taylor-Joy for her brilliant role as chess prodigy Beth Harmon.

“You inspired a generation of girls to realize that the patriarchy has no defense against our queens“said Frank, who also received the award for best director.

Despite disappointment at the last second, HBO’s acclaimed ‘Mare of Easttown’ was by no means empty.

Kate Winslet, impressive in her portrait of a policewoman from a rural area of ​​Pennsylvania (USA), won the award for best dramatic actress while his teammates Evan Peters and Julianne Nicholson took the awards for best actor and supporting actress, respectively.

Winslet honored those responsible for ‘Mare of Easttown’ for creating on television “an imperfect middle-aged woman and a mother who makes mistakes.”

“This decade has to be about women supporting each other,” she defended.

What’s more, Ewan McGregor won the best actor award for ‘Halston’ and Michaela Coel was awarded best screenplay for ‘I May Destroy You’.

In a few months marked by sadness and anguish due to the pandemic, the good intentions and sweetness of ‘Ted Lasso’ conquered the public thanks to a coach with little knowledge of football but with an enormous ability to win the hearts of all .

Jason Sudeikis, the soul of ‘Ted Lasso’, won the award for best actor in a comedy and summarized in his speech the secret of this unexpected success of Apple TV +.

“This series is about family, about teachers and mentors, and about teammates. And I wouldn’t be here without those three things,” he said.

The success of “Ted Lasso” did not overshadow another of the season’s comedies, “Hacks,” which won Emmy Awards for best actress (Jean Smart), best director and best screenplay.

In this Emmy ceremony, which was held in Los Angeles (USA) with a capacity reduced by the coronavirus, too the television version of ‘Hamilton’ slipped in by Latin man Lin-Manuel Miranda, who was crowned the best prerecorded variety special.