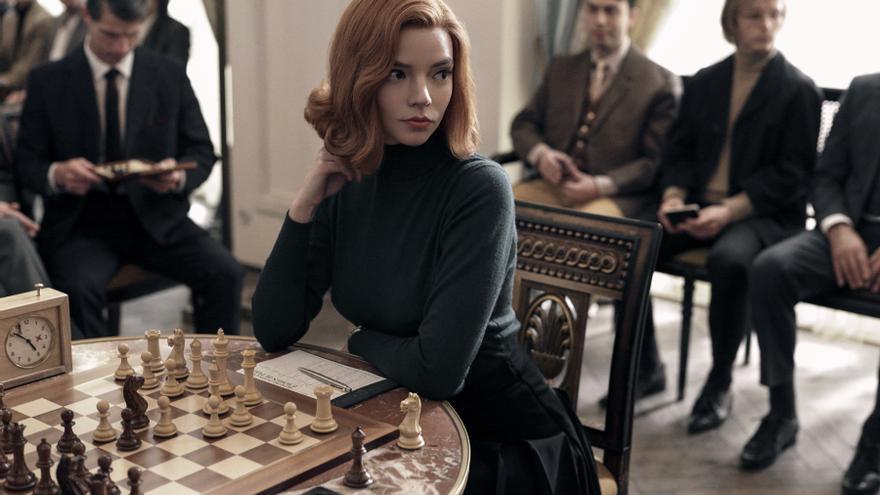 Los Angeles (USA), Feb 28 (EFE) .- The Golden Globes tonight left two clear winners in the television section: “The Crown”, the drama about the British royal family that won four awards, and “Lady’s Gambit”, with two awards for the miniseries that has awakened a true fever for the game of chess.

Both titles are two television phenomena of Netflix, a platform that in the United States also broadcasts the other winner of the night, “Schitt’s Creek”, which reaped two victories in comedy, but saw how the award for best actor went to Jason Sudeikis, protagonist from “Ted Lasso,” Apple’s breakthrough series.

There were few more surprises in the television section, which also confirmed Argentina’s Anya Taylor-Joy, 24, as one of Hollywood’s great promises, taking the award for best lead in a limited series (miniseries) for her role. in “Lady’s Gambit”.

“THE CROWN”, THE CROWN JEWEL OF THE SMALL SCREEN

“The Crown” was the absolute winner of the awards given by the Hollywood Foreign Press Association (HFPA), taking four Globes.

He started with six nominations, but he could not win them all because in some interpretation categories he had a double candidacy. Still, he triumphed all he could.

It was proclaimed as the best drama series, something that it already achieved in 2017 with its first season.

And its two protagonists took the statuette for best dramatic performance: Emma Corrin, for her role as Lady Di, and Josh O’Connor, for playing a young Prince Charles.

During the announcement of the award for best actress, delivered in video call format for the coronavirus pandemic, the other protagonist of the series, Olivia Colman, loudly applauded Corrin, who joined the cast in the fourth season and caused both to compete for the same award.

The triumph of Anya Taylor-Joy, who has triple Argentine, British and American nationality, represented the Latino representation at the ceremony, held between New York and Los Angeles in a format adapted to the pandemic.

With Spanish and English blood, by her mother, and Scottish and Argentine, by her father, Taylor-Joy was the great revelation of the night, since, in addition to the television award, she was a candidate in the cinematographic section for starring in the film ” Emma “.

In the end she triumphed for her role as a chess player in “Lady’s Gambit”, which has caused a great international impact since its premiere on Netflix, breaking all audience records.

“I would do this project over and over again. Thanks to everyone who has seen the series,” thanked the actress from her home through a video call with the also Latin Rosie Perez, in charge of announcing the winner.

Fiction has transcended the small screen and has sparked a renewed interest in chess: sales of game manuals, boards and other accessories have exploded and have forced some manufacturers to increase production in full confinement by the coronavirus.

The winners left as a surprise the victory of Jason Sudeikis as best comedy actor for the series “Ted Lasso”, one of the premieres of the technology company Apple after its recent landing in the television business with Apple TV +.

Sudeikis plays in “Ted Lasso” a shameless football coach who tries to manage a British Premier League football team without having a clue of the rules.

For her part, Catherine O’Hara won the best comedy actress and the series in which she stars, “Schitt’s Creek”, won again as best comedy, after winning everything in the past Emmys.

Mark Ruffalo and John Boyega, best leading and supporting actor for “The Undeniable Truth” and “Small Ax”, respectively, completed the list of winners in the television section of the 78th Golden Globes.