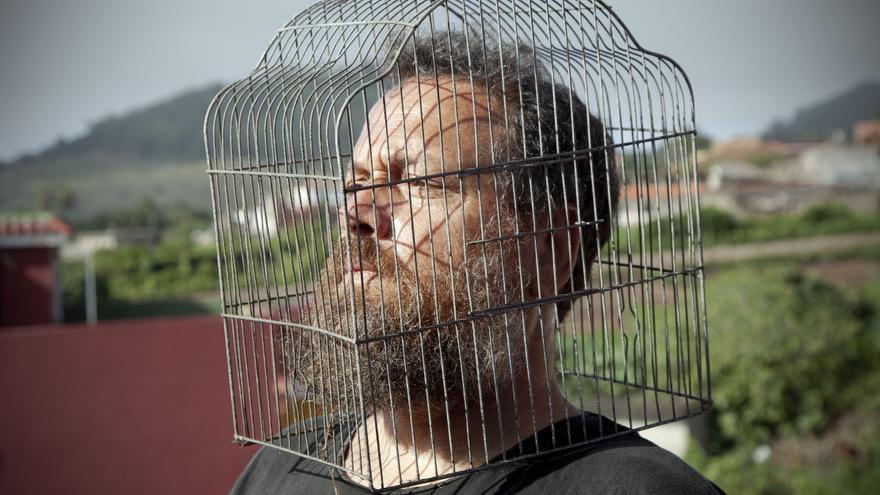 The creator Atilio Doreste (Gran Canaria, 1964) inaugurates this Thursday, September 16-, at 7:00 p.m., at the Centro de Artes Plásticas del Cabildo, his latest individual installment entitled Floor exercises, in which it addresses the substrates of the territory and the landscape translated into the visual, investigating the territory understood as a space for creation, perception and thought.

The exhibition of the works / experiences / objects that Doreste shows until October 15 in the room located at 8 Calle Colón, in Vegueta, provides one more reading about the surrounding space understood in metaphorical terms and drifts of unpublished perception . The exhibition can be visited from Monday to Friday, from 10:00 to 14:00 and from 17:00 to 20:00.

Atilio Doreste describes himself as a walker: plastic artist, photographer and phonographer. He is a professor at the Department of Painting and Sculpture at the University of La Laguna, a researcher at the University Institute of Political and Social Sciences and a member of the Tourism Chair.

His artistic and research activity focuses on the landscape and the territory. He is the founder of the interuniversity research group Taller de Acción Creativas, with which he has organized various landscape scholarships and photography workshops nationwide. He develops competitive research projects related to landscape, publishing, and phonography.

As the artist points out, “the starting place for this work is attentive listening, the performative, the trace and the trace, that is, processes of an experiential category that, after a process of analysis and investigation, are translated into visual milestones that, until now, have not had a place to show themselves together ” .

The starting point of the proposal Floor exercises it is the trace and the trace, that is, processes of an experiential category that, after a process of analysis and investigation, are translated into visual milestones that, until now, have not had a place to show themselves together. Although the base of these creations is the landscape of the Islands, reading in all its dimensions is an issue that affects a much broader substrate such as the territory, understood as a space for creation, perception and thought.

Thus, the author has delved into this subject in international exhibitions, where he has developed its forms and processes, transposing the interpretations and increasing its possibilities. Some antecedents of this proposal have been an installation made in the residence of artists Paesaggi Migranti, where a sonorous mud path was planned where the mud transit was amplified in a cluster of speakers, alluding to Pennabilli’s transhumant vocation; and various actions such as the graphic score ‘0,77’ (Papel Gomado, nº 10, curated by Lola Barrena) or an installation of sound sculpture and photography The Soundcages (Iklectik Gallery, Sonic Waterloo Festival 2017 in London).

Professor of Fine Arts at the University of La Laguna, generally his artistic and research activity focuses on the landscape and the territory. In 2020, Doreste presented to the CAAM artistic residency program the project ‘Soil Sub’, an electroacoustic composition designed for the place, a hybrid between plastic –sculpture and painting– and sound art. ‘Soil Sub ‘is approached from a process within the series-project’ Soil Exercises’, a long-term proposal that addresses the territory and the landscape translated into the visual. The artist focuses on a substrate even broader than the landscape: the territory, understood as a space for creation, perception and thought. Part of attentive listening, the performative, the trace and the trace, through a process of analysis and investigation.

He has been the director of the Creative Actions Workshop (Art, Nature and Landscape), the Canary Islands Sound Map Project, the Canarian Editorial Laboratory, the Auriculab Sound Art Laboratory, the 15 Sillas Auditorium and the Cultural Photography and Phonography Classroom.