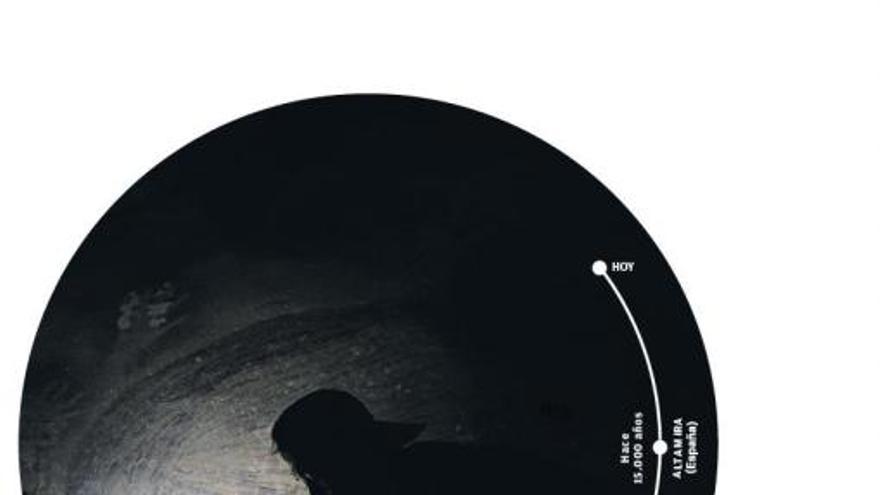 The finding is reminiscent of the news story that just over a year ago made the same headline: the discovery of a hunting scene painted about 43,900 years ago and also found on the Indonesian island. Very close to there, years before, another work dated around 39,000 years had also been found. And a handful of kilometers away, the nearby island of Borneo recently unveiled that it preserved an impressive mural that is at least 40,000 years old. The insignia of “the oldest work of art of mankind”, goes back in time. Of course, it seems that the award stays in the same lands.

“The news is not so much the discovery of the oldest work, but the consolidation of Southwest Asia as the cradle of figurative art,” reflects archaeologist Diego Garate Maidagan, specialist in rock art at the International Institute for Prehistoric Research of Cantabria. “A few years ago it was unthinkable to find such ancient cave paintings in that area because it was believed that the oldest works were in Europe. The findings of recent years, however, are blowing up the Eurocentric theory of the origin of art “, he adds.

The wild boars, the muses

Only on the island of Sulawesi, in fact, more than 300 caves with samples of rock art have already been found. At least 73 representations of wild boars and pigs have been identified on its walls (80% of the total number of animals drawn). The undisputed protagonist is the Sulawesi warthog, a native animal with short legs, a bulging belly and between 40 and 85 kilos that has survived to this day.

The oldest pig portrait found to date (which we showed and announced yesterday by the journal Science Advances was discovered in 2018, but it has not been until now that its antiquity has been investigated. The dating tests indicate a minimum age of 45,500 years Although, since what is measured is the calcification that sprouts on the work and not the paintings themselves, they could be older.

“This finding is extraordinary, but it must be read critically. Rock art, as well as the precision of dating, evolve according to the knowledge we have ”, highlights Ramón Viñas, archaeologist of symbolic behavior and specialist in rock art.

“The race to find the oldest paintings is influenced, above all, by the investment made in discovering and analyzing the works. The cave paintings of Chauvet (France), for example, were discovered in 1976 and their antiquity is still disputed today ”, he adds.

The discovery of this primitive work in which wild boars serve as muses, opens an infinity of debates, such as what these animals should represent. The researchers responsible for their study suggest that they could be part of the same scene. “Perhaps a representation of the social interaction between warthogs,” suggests the study led by Adam Brumm, Adhi Agust Oktaviana and Maxime Aubert.

“The find is extraordinary, but, without detracting from it, I don’t think these paintings have a narrative,” reflects Marco García Diez, professor of prehistory at the Complutense de Madrid. “The work shows that we are facing a figurative art with a certain complexity. The animals are painted following the outline, but also with interior lines to show their mass, ”he adds.

A quick look at a modern illustration of these animals shows that their prehistoric portrait was more than spot on. It’s more. His silhouette is so successful that everything indicates that behind each brushstroke there was an intention. An idea. A thinking mind. So much so that the debate opens about who had to be his artist.

The dates suggest that it was most likely the work of modern humans (or sapiens, as you want to call us) who arrived in the region.

Why did they paint animals and hands and not, for example, plants and faces? “This is the big question,” Garate Maidagan answers. According to him, the vast majority of cave works show imposing animals, people in a hunting position and the odd geometric motif. The flora and fauna of habitual consumption, however, hardly appear.

“We cannot know for sure, but it seems that behind this selection there is some kind of convention established by the society of the moment. The paintings found in Indonesia appear to show a common artistic style. There is a coherence. Same animals, same techniques, negative hands… ”.

There are endless questions. More if we take into account that we only see a small sample of the creation that our ancestors forged in their day. “We only see the art that has been preserved. But who knows, perhaps the first sapiens made even more spectacular works that have not stood the test of time ”, reflects Viñas, also a collaborator of the Catalan Institute of Human Paleoecology (IPHES).

“The origin of art also tells us about the journey of the first sapiens. How our brain has evolved. And, ultimately, who we are as a species ”, concludes the expert.