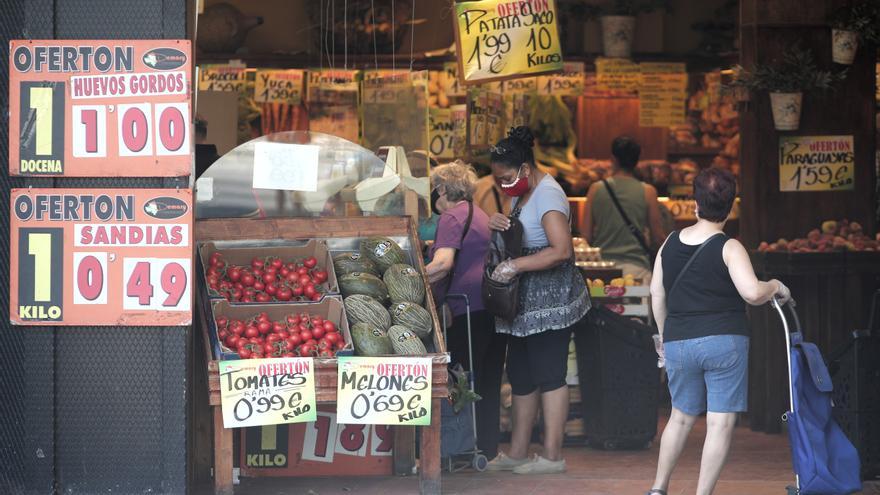 The Consumer Price Index (CPI) rose by 0.5% in October in relation to the previous month and cut its interannual rate at once by five tenths, to -0.9%, due to lower electricity prices and lower prices. of telephone services fell more than a year earlier, as reflected in the leading indicator published this Thursday by the National Institute of Statistics (INE), according to Europa Press.

With this cut of five tenths, the interannual CPI ends two months of increases, chains its seventh consecutive negative rate and registers for the second time in 2020 its lowest level since May 2016.

The statistical agency has attributed the decline in the interannual rate of the CPI to the drop in electricity prices, compared to the rise they experienced in October 2019, and to the evolution of the prices of telephone services.

In a monthly rate (October over September), the CPI rose 0.5% in October, its lowest growth this month in at least five years.

After the end of the state of alarm on June 22, all the products that make up the IPC are available for purchase by citizens.

The INE explains that the CPI for October has continued with the face-to-face collection of prices, maintaining the collection by telematic means when, for health security reasons, it has not been possible or convenient to do it in person.

In the tenth month of the year, the Harmonized Consumer Price Index (HICP) placed its interannual rate at -1%, four tenths less than in September. For its part, the leading indicator of the HICP rose 0.3% in monthly rate. The INE will publish the final CPI data for October on November 13.