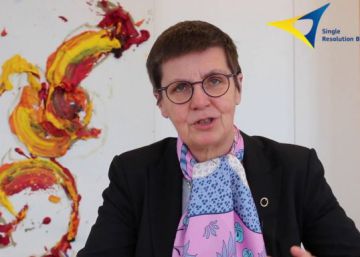 The CEOs of CaixaBank, Gonzalo Gortázar, and Banco Sabadell, Jaume Guardiola, urged the government on Friday to launch a direct aid plan for companies to achieve their medium-term survival, with special attention to tourism, investment and the promotion of consumption. Only with liquidity injections, through credits with guarantees from the ICOIt is not enough, in the opinion of both bankers and many other entrepreneurs who agree on this diagnosis. Spain defended European aid for the engine on Friday after the EU earthquake in Barcelona.

At the moment, it is Germany the country that has provided the most public aid to its companies, including banks. “50% of European aid has gone to Germany, including before the coronavirus crisis,” the MEP of the PSOE Jonás Fernández. Germany even went so far as to request public aid for the green transaction, although several countries opposed it.

Now the European Comission has opened the legislative hand to provide direct aid to companies, drowned by the crisis of the Covid-19. But this legislative flexibility is going to suppose “a very serious problem for the legislation of some sectors, case of the bank”, declare other sources that prefer to remain anonymous.

In fact, Fernández explains that until now it was difficult to pretend at a European level that banks in a delicate situation should be resolved or receive public aid. “The definitions even of creditors are different in each country”, adds this MEP. In this way, it is difficult to impose the same solution to the same problem. Just remember the public aid that the Italian banks received almost coinciding with the resolution of popular Bank in June 2017, or a German savings bank. Even the Portuguese Novo Bank It has recently received new public aid that has put the Portuguese Minister of Finance in trouble, Mário Centeno.

The regulation of bank resolution, under the umbrella of the Single Resolution Board (JUR), it was developed lame from the first moment, according to several experts agree. The MEP assures in this regard that already in Europe “he has been reviewing its regulation for months before the different national definitions that exist of several fundamental concepts when deciding what is better, a liquidation or resolution, or aid in a certain entity”.

But now the health crisis and the opening of the EC to the injection of public money to companies is going to accelerate a change in the legal framework on whether or not to save a bank, financial sources acknowledge.

“A debate has opened in the EC about the European decision to grant State aid and how it affects banking. In fact, with these aids the resolution regime is charged de facto ”, assures a prominent Spanish banker.

A few days ago, at a meeting of former students from Esade, they asked the vice president of ECB, Luis de Guindos, on this matter, but the representative of the European institution, very skilful for his part, decided to respond by talking about the sea and the fish.

In the Commission statement on the modification of the time frame for state aid measures aimed at supporting the economy in the context of the current Covid-19 outbreak, point 17 already suspends the rescue regime of a European bank , as established by the SRB.

In this way, a financial institution can receive public aid as another European company as a result of the pandemic. And, consequently, neither shareholders nor creditors would have to take charge of the bankruptcy of the financial entity, as happened in the case of Banco Popular. Thus, the EC establishes “an exception to the burden-sharing requirement between shareholders and creditors of subordinated debt”, as stated in the European temporary framework on State aid. Consequently, banks and their shareholders can breathe easier, even if falls in financial sector prices do not accompany them.

Europe is also studying the easing, by rule, even if temporary, of some capital requirements for losses on SME loans, or for the deterioration of assets, which means lowering provisions. The ECB and SRB, like national central banks, have already relaxed capital demands in recent weeks by delaying the application of Basel III or countercyclical buffers. They have also softened the needs for provisions, by exempting from allocations for loans in moratorium on individuals for critical situations derived from the coronavirus crisis. Now, in addition, studies are being made to make provisions for expected losses for SME loans more flexible.

The objective is for banks to breathe more liquidity into the industrial fabric of their respective countries without dying in the attempt.

But all these public aid measures have a serious problem. They must be consolidated over time, and countries with more debt capacity will be able to attract companies from other states. It may lead to corporate relocation, with the consequent loss for countries with less capacity to provide direct aid.

At the moment, Germany is ahead in state aid. In Spain aid represents around 9% of GDP; in France, 12%, percentages that rise to 25% or 30% in the cases of Germany and the United Kingdom.

And is that the dream of a Europe united in wealth and poverty, health and disease, under the promise of loving and caring for each other until death do us part, is that, just a dream.