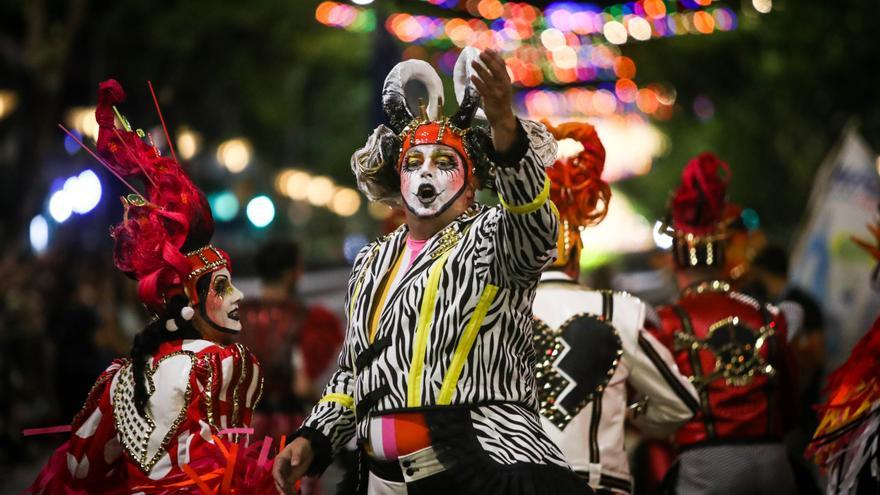 Montevideo, Dec 19 (EFE) .- The soul of a city is its essence, what differentiates it from the rest and unites its inhabitants. In Montevideo, every summer the god Momo comes down to celebrate carnival, a party rooted in citizens through which they can shout criticism, jokes or poetry from the rooftops.

This time, the choir of the murgas, the thunder of the drum, the jokes of the comedians or the dances of the magazines and parodists will be absent due to a pandemic that affects Uruguay in such a way that it managed to silence the spirit that brightens Montevideo in every February for more than 200 years.

“A bond of union”, “the soul of the Uruguayans” or simply a symbol are some of the definitions that members of different groups give to Efe to refer to the longest carnival in the world – which runs from late January to mid-January. March-.

The popular song that travels through the neighborhoods giving life to this art form that mixes poetry and vulgarity generates such a particular identification of the people while the tablados – popular stages distributed by the capital – or the mythical Summer Theater – where the Official contest – they string together an expression that reaches all social classes and whose only wish is to make the public fall in love.

CANCELED DUE TO VIOLENCE OR HEALTH

According to the Uruguayan historian and carnival expert Milita Alfaro, only 4 times – not counting the current one – did not hold the party, the first records of which date back to 1799.

“It must be one of the few demonstrations that have remained regularly since the times of the Spanish colony,” explains Alfaro, who details that neither the great war (in the 1840s) or the last civic-military dictatorship (1973-1985) could with the carnival.

In 1866 it was the first suspension with a health emergency that was mixed with a political crisis since the country was affected by cholera and by “brutal political violence”.

In 1877 the suspension was because the cholera epidemic had greatly affected society. The third came in 1904 during the last civil war while, in 1955, it was the last -until now-, caused by poliomyelitis.

“It is quite surprising that over the course of more than 200 years it was suspended only four times. That is showing that it is very difficult to make a decision of these for all that this manifestation implies, which is one of the collective expressions that represent us,” he says. .

THE SOUL THAT BRIGHTS THE CAPITAL

When any carnival man is asked what this festival represents, those who dedicate themselves to making people laugh or writing poetic recitations are left speechless to summarize what it means.

Perhaps Raúl “el Flaco” Castro, one of the historical symbols of carnival -although his murga, Lack and Rest, does not compete-, is the one who best defines him by saying that he is “the soul” of more than half the country.

“Montevideo, when carnival arrives, is a unique place in the world that makes it shine like nothing,” says the murguista.

For him, the Uruguayan carnival is “unique in the world” both for its quality and depth and because the artists who go up to neighborhood stages every day do so out of passion no matter how little they charge.

“They are lights in the soul, they are magical places where there is connectivity. That is why I understand that it is suspended due to the pandemic because a stage is useless and not being able to chat with the next person. That is the wealth, the interaction,” he emphasizes.

Along these lines, Jimena Márquez, a member of the Cyranos comedians, assures Efe that carnival is a part of her life that she needs, both at work and spiritually.

“I cannot conceive of thinking of a year without carnival, it is a moment in which we find an uncountable amount of thinking that we share feelings, discussions. It is a relief, a purge of penalties. We collectives have a social commitment in carnival,” he says.

Unloading passions or being politically incorrect are some of the things that, from his point of view, help make the carnival so special, so much so that, in a month and a half, it attracts more people than football, Uruguay’s sports hub.

Meanwhile, the director of the La Facala troupe, Alexander Cortes, tells Efe that it is part of “the Uruguayan identity” and, without a doubt, now with the suspension something will be missing.

“The people of Montevideo and Uruguay are deeply rooted in their customs and within them is the carnival. Since we were children, we love candombe, murga, parodism and all categories. It is part of summer folklore,” he emphasizes.

THE WORK BEHIND THE MAGIC

Beyond makeup, poetry, criticism and singing, there are 40,000 people who will be affected by this suspension.

That is one of the biggest concerns of those who work there since they have not found, at the moment, answers from the national or local governments.

For Castro, it is necessary that the authorities take care of “the jewel” of the carnival because there are families that depend on it to live and “it is not settled by going to the Summer Theater at night or taking photos.”

Jiménez agrees with the ‘Skinny’ and points out that, beyond not being surprised by the news, he expected another response from the authorities, perhaps “an alternative possibility, especially at the labor level for those involved in this.”

This time, the murgas will not be able to sing their retreat with the promise of returning, the drums will not say goodbye to the public with their rumbling, nor will the comedians bring tears of laughter to the public. However, the magical presence of the god Momo that is represented in each carnival will not be extinguished, it will only remain asleep until, finally, the soul of Montevideo shines again.