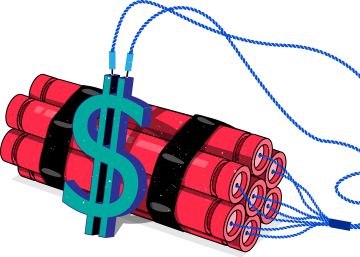 After an important break in the spring of this year, the practice of moving the mortgage from one bank to another – what is known as creditor subrogation – has embarked on an upward run. Encouraged by the news established in this area by the Real Estate Credit Law, which entered into force in mid-June, the demand on the part of the users registers an important growth. Likewise, the statistics reveal the existence of a struggle of the entities to attract new clients through this instrument, although the war has not yet been officially declared with a launch of explicit commercial offers in this regard.

For a mortgage loan debtor to change the credit institution, two procedures are usually used. You can ask a bank for a mortgage with the aim of canceling a previous one or it is used the subrogation of creditor proper. In this second case, the user goes to an entity to request an offer that improves the conditions of the loan he has in another bank and transfers it.

If in the first quarter of the year creditor subrogations were around 1,150 each month, in April they fell to 678 and, in May, to 640. After the entry into force of the new Real Estate Credit Law, however, growth has been constant: 729 in June, 849 in July, and 1,066 in August, according to the INE. Although in the eighth month of 2019 27.6% less subrogations were signed than in the same period of the previous year, experts believe that we are only at the beginning of an upward trend.

"This will go further," says Tomás Pérez Ramos, notary in Madrid. The first reason he cites to explain this forecast is “the need for entities to grant loans in a context of slowdown in home sales, which pushes them to look for clients who already have a mortgage with the competition ”. However, the bank is suspicious about it. “Most banks prefer not to talk about subrogations, but rather about cancellations and loan improvements,” in the words of Simone Colombelli, director of Mortgages at iAhorro. "For what this market start moving, it is necessary for a large bank to bet on it with a published campaign, ”said Colombelli, who predicts that this could happen next year. "Most likely, as often happens in cases like this, is that it is an important, aggressive and with a certain brand," he predicts.

What is certainly not missing is the demand. "The recent drop in interest rates and the offer of fixed mortgages especially advantageous make the consumer show interest in changing credit institutions," argues Ramos. In five months, from June to October, the proportion of iAhorro users interested in subrogating their mortgage has increased from 7.86% to 16.89%. In the same period, 60% of all subrogation consultations have been concentrated so far this year, and 42.45% of subrogation requests.

Ramos and Colombelli agree to point to the Real Estate Credit Law as one of the engines of this lawsuit. The great novelty of this regulation is that, contrary to what happened before its entry into force, the user is not obliged to remain in the home bank even if it sends him a counterproposal that improves the conditions of the entity in the You want to subrogate your mortgage. The client's link to the entity in which the loan was constituted is blurred and the acquisition by the competition becomes easier.

In this way, if the debtor accepts the offer of the new entity, it will notify the creditor bank and ask for the certification of the amount of the debt, a process that cannot be denied. Once the obligation is fulfilled, the bank in which the mortgage was signed may submit a modification of the conditions within a period of 15 calendar days, a period in which the subrogation is suspended. If the user does not accept the novation with his bank, a public deed of the subrogation will be made before a notary in which the new credit institution will declare to have paid the creditor the outstanding capital and the interest and the commissions not satisfied. "In no case may the creditor bank refuse to receive payment," Ramos insists.

Before the subrogation deed, the user will have to go to the notary office a first time to formalize a free act in which the notary will certify having explained in detail the conditions of his new loan and the consequences that the anticipated maturity may have, already which, in case of default, will have to respond to the debt not only with the mortgaged housing but with all its assets. A test will also be carried out to verify that the user effectively understands what has been explained.

The consumer whose mortgage was constituted before the entry into force of the Real Estate Credit Law usually pays the bank in which the first mortgage formalized a commission of 0.5% of the outstanding debt if the subrogation intervenes in the first five years of life of the loan, and 0.25% after this period.

For mortgages constituted as of June 16, the commission is 0.15% for the first three years, provided that the bank change involves moving from a variable to fixed rate mortgage. Beyond these three years, in general, there will be no commission. Even so, in fixed interest rate loan contracts, the contract may establish a commission in favor of the lender that loses its client, but with these limits: in case of repayment or early repayment of the loan during the first 10 years of validity of the contract, up to 2% of the capital repaid in advance; and, at a later time to this period, up to 1.5%.