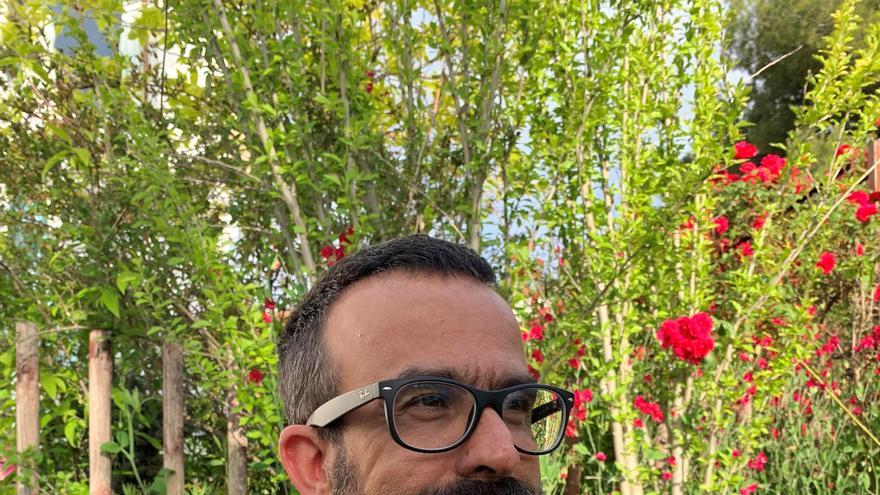 New York, Feb 10 (EFE) .- “The cover of the New Yorker is a mythical reference to which we all aspire one day or, rather, we all dream of being able to publish” in it, the Spanish illustrator Sergio assures Efe in an interview García (Guadix, 1967), who has just fulfilled his dream: that the readers of the emblematic magazine of the Big Apple stop their gaze on his work before entering the pages of this publication.

And it is that the covers of the New Yorker, bohemian reflection of the city, have become authentic pieces of art that decorate all types of walls and, also, a long-awaited collector’s treasure.

“For me, as an illustrator it means reaching a peak, a milestone, it is a reference for a cartoonist to publish in the New Yorker, especially on the cover,” he says from his home in Cumbres Verdes, Granada, before explaining that since that the weekly magazine released his drawing, everything has been “an absolute madness” of calls and references on social networks.

For García, “all the greats have published there, so allowing you to get your work out there makes you, I don’t know, in a certain way, someone popular in illustration,” he says between smiles.

The also professor at the Granada School of Art cites the illustrators Sau Steinberg, Christoph Niemann, Artie Spiegelman and Harry Bliss as some of the cover makers for the publication.

A LITTLE FEAR AND RESPONSIBILITY

For all this, García, who has worked for newspapers such as El País, the Correo group or the New York Times and who has just seen one of his works exhibited at the Picasso museum in Paris, jokingly assures that he feels that he has achieved status which, from now on, you have to keep and cannot drop.

“It’s a little scary in a way, yes; suddenly, it’s like a huge responsibility that you have on your shoulders,” he laughs.

AN INTERPRETATION OF THE MAGAZINE SYMBOL

Garcia’s drawing, in black and muted shades of green and leaden browns, is an interpretation of the character that identifies the publication, the outdated dandy Eustace Tilley, who was first drawn on the cover of the magazine’s first issue in February 1925 by Rea Ervin.

On the occasion of his 96th anniversary, García has framed in the silhouette of the gentleman the New York of the pandemic and the hope that the vaccine will allow us to fly again like a butterfly.

Every February, it is now a custom for different cartoonists to make contemporary versions of the New Yorker symbol.

In García’s illustration, the top hat hides buildings and empty streets of the New York night, while the brown tones of the suit hide images of people on the street and in a car with a mask, people at home talking online with friends and family or a couple kissing, inspired by the painting “The kiss”, by Gustav Klimt.

The drawing narrates a journey from the first moments of imposition of extraordinary measures in New York last March to try to contain the spread of the pandemic to the new normal that the city is experiencing today.

In green, as García explains to Efe, hope is given way: the mask, a woman reading, the vaccine syringe held by the knight or the butterfly that flutters near the title, an outbreak of hope that everything stays soon back.

García has no qualms about assuring that this was not the first time that he had sent a proposal to the magazine, which now has accepted his idea for publication.

“What you do is that you propose ideas, they collect them, the art direction of the cover, because there is an art direction only for the cover, and then there is a very long process of purification until the end”, he explains before give examples of proposals and details, such as a wagon that appears in the top hat.

As a university professor, García explains that his drawing, which uses the colors of the original 1925 cartoon, reflects one of his lines of research.

In this case, an idea similar to the theory of classical journalism, where the headline highlights the most important and the news goes through the details in descending order of importance.

The headline, he explains in a didactic tone, would be the image of the “gentleman”, which attracts the most attention, which first attracts the reader’s eye. A man in a top hat, carrying a syringe and wearing a mask.

Later the details are observed: The silhouette is Manhattan and in its center a man runs through Central Park. The silence of the streets at night can be guessed in the top hat, the leaden brown of the jacket, the people in their houses or the kissing couple, like something out of a Klimt painting.

The green of the park, the syringe, the woman reading a book, the butterfly that flutters near the title of the magazine is the hope of leaving the pandemic behind, he explains.

In fact, he prepared a “B-side” of the work that finally did not make it to the magazine’s pages, but that García has published on his Instagram account, where he presents his vision of what the city will be like after the end of the covid- 19.

“A year ago we were all very screwed up and now, a year ago it seems like paradise and we want to go back to that screwed up world from a year ago that, for us, is now paradise. I wanted to draw that paradise and I drew it but in the end the art direction said that it was a very complex idea that people were not going to understand very well and it was discarded, “he concludes.