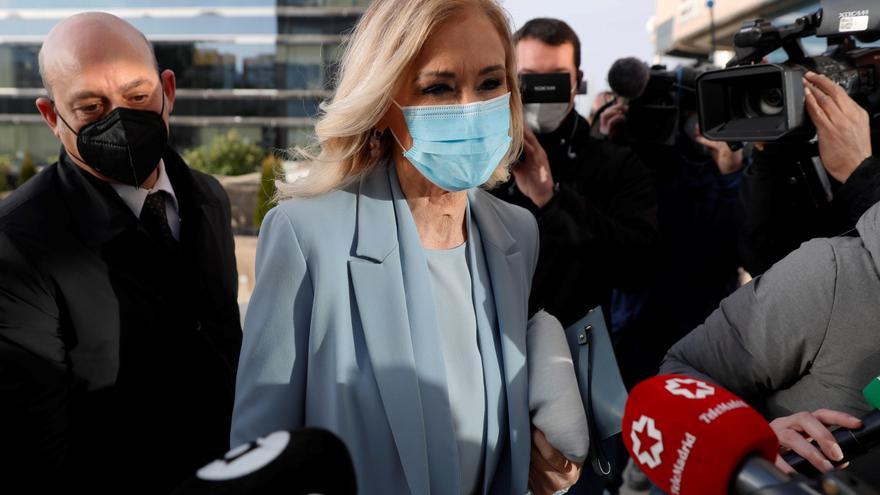 The court in the Master’s case has decided to absolve Cristina Cifuentes of the crime of documentary falsification, for which the Prosecutor’s Office asked that she be sentenced to three years in prison. The judges have considered that the former Madrid president did not play any role in the elaboration of the false certificate about your master’s thesis, with which he tried to justify that he had done that postgraduate degree, according to the Efe agency and confirmed by elDiario.es. The judges have convicted a professor of the Rey Juan Carlos University master’s degree and the regional government adviser who pressed for an alibi that would free Cifuentes from the scandal.

“Nothing has been proven as to what prompted, suggested or pressed for the falsification of the document in question,” says the ruling on Cifuentes. The judges understand that the fact that the former president “publicly” exhibited the copy of the document she received from the rector “is nothing more than an indication, not corroborated by others” and they defend that the “legitimate suspicions” that may exist “have not been become sufficient evidence “to justify their responsibility. In the court’s opinion, “there is no evidence of inducing pressure” or “control of the fact”, so the former president cannot be charged with the crime of falsification attributed to her by the accusations.

In its accusation brief, the Public Ministry considered that Cifuentes induced this falsification knowing that it accredited a defense of the final master’s work that “never took place” and that it exhibited in various media and social networks “to avoid the dire political consequences they should face. ” The Provincial Court of Madrid, however, has considered that Cifuentes did not induce this falsification.

The judges have sentenced one year and six months in prison to Professor Cecilia Rosado, who admitted having prepared the minutes from scratch, falsifying the signature of two other teachers. The judges have reduced his sentence because he confessed, collaborated with justice, and they understand that he acted under “insurmountable fear.”

Rosado declared that he had falsified the minutes due to pressure from Enrique Álvarez Conde, director of the now deceased master, and María Teresa Feito, advisor to the Government of Cifuentes. The court has also sentenced Feito, in his case to three years in prison, as the author responsible for a crime of falsifying an official document.

Cifuentes affirmed during his statement that he studied the master’s degree without going to class, without taking exams and delivering the TFM on July 2, 2012 without exposing it to the court, something that he had initially alleged. Since elDiario.es revealed the scandal about his false master’s degree in March 2018, Cifuentes has not been able to find that job.