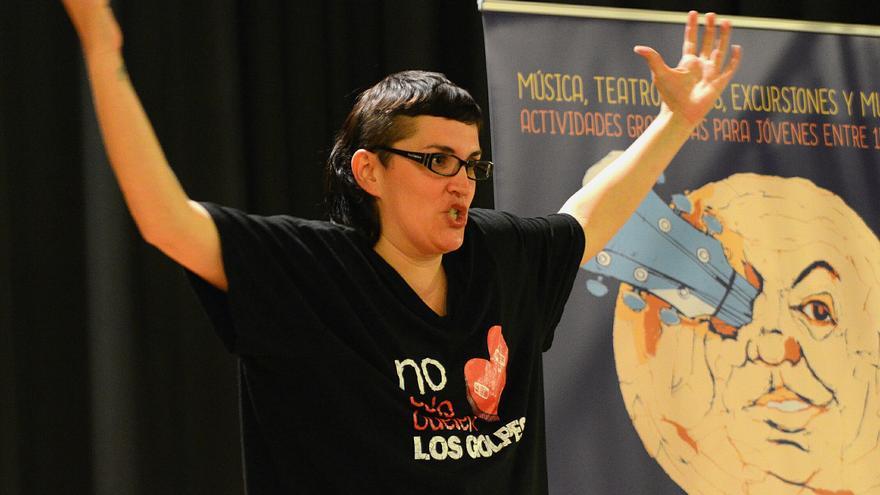 The lawsuit that has put the monologue against sexist violence on the target of denialism Not only the blows hurt, by Pamela Palenciano, should never have been admitted for processing, as has just been resolved by the Provincial Court of Madrid. Last August, the 15th Investigating Court began an investigation after the complaint by the Hispanic American Association of Abused Men, in which it accused the actress and feminist activist of a hate crime against men. But now the Provincial Court considers the appeal filed by her defense and ensures that there is no evidence of a crime.

The order, which can still be appealed, maintains that the facts "lack criminal relevance" and cannot be considered constituting crime 510 of the Penal Code, as requested by the plaintiffs. He asserts, on the contrary, that the monologue falls within the framework of freedom of expression. "It is an artistic production that, as is often the case with any theatrical work, tries to raise awareness, guide, direct and even require the viewer to pronounce on sexist violence, pointing out the reality of this type of violence with all its crudeness," reads the statement. , dated February 21st.

After the appeal filed by Laia Serra, a lawyer from Palenciano, against the admission of the complaint, the Provincial Court of Madrid resolved that the defendants (the complaint was also directed against Iván Larreynaga, the producer of the monologue) "exercise the fundamental right to freedom of expression" and express in the work "a certain vision of the reality of sexist violence". Something, the magistrates continue, "that can be criticized and questioned, but cannot be curtailed, since this would violate that fundamental right that protects the free expression of ideas and that is one of the pillars of the rule of law."

Palenciano has been touring institutes, social centers and theaters for years with her monologue, in which she recounts in the first person the sexist violence she suffered from her first boyfriend. Openly and with humor he has represented his story before thousands of young people and adolescents in practically all the Spanish provinces with the aim that whoever sees it can also identify how violence is constructed. But for some years he has been the target of harassment and criticism from the extreme right, which often uses decontextualized videos of the monologue to demand that his performances be canceled.

After having been the subject of some other lawsuit without a route, the last one did have an echo last year in the Investigating Court No. 15 of Madrid, before which Palenciano declared last October. The plaintiffs assure on their social networks that the actress makes "statements of hatred against men" and refer to a specific performance that took place in Linares (Jaén in 2018) in which three high school students leave in full performance and she imitates them. The video was shared two years later on Twitter by the Vox deputy in the Madrid Assembly, Alicia Rubio, in which she called it an "indoctrinating monologue" and her a "madness".

The lawyer and expert in hate crimes Laia Serra, who has defended Palenciano in the process, frames the complaint in the so-called SLAPP (Strategic Lawsuit Against Public Participation), which are a "form of legal harassment designed to intimidate the voices critics to keep silent", as defined the European Alliance against SLAPPs.

The actress and creator of the monologue, for her part, celebrates that the car "is a victory for all and a ray of light" after several years of pointing out that she has always considered an attack on feminism. The actress has been used by Vox and other far-right organizations as a spearhead in their defense of the parental veto in the classroom and she has seen the attacks, criticism and insults that she has been enduring intensify in recent years.

This signaling led at the beginning of 2020 to United We Can invite the activist to make her monologue within the framework of a few days in the Madrid Assembly, but it was later canceled by the presidency of the institution, then in the hands of Ciudadanos. Finally Palenciano made her monologue at the doors of the Assembly surrounded by feminists and deputies of the leftist parties.