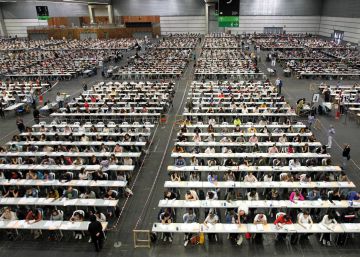 The National Court has dismissed an appeal requesting the annulment of the agreement for the improvement of public employment signed in 2017 presented by the National Association of Interim and Labor (ANIL). The appeal also claimed that long-term interim they did not have to submit to an opposition to get a fixed place. The ruling, reported by CSI-F, is an endorsement of that agreement signed by this union, CC OO and UGT with the then Minister of Finance, Cristóbal Montoro, to reduce the temporary employment.

Two months after the signing of the pact, ANIL presented its appeal to the National Court of Appeal alleging that it had not been published, did not have a prior report from the General State Intervention and discriminated against long-term interns and indefinite non-fixed staff hired before January 1, 2005. This association, specifically, was opposed to the obligation that interns who have long served the Administration have to go through an opposition to access the Public Service as career officials. In return he proposed the realization of specific competitions of merits, without opposition. For indefinite non-fixed staff, ANIL requested compensation for those who do not obtain a place.

The judges understand that the public employment improvement agreement that was signed in 2017 did not require publication or report of the Intervention because it is not normative or directly affects budgetary matters. "Its binding nature depends on finally being assumed by the General Courts," he says.

It also considers that ANIL's claim that long-term interim personnel is exempt from opposing has no legal basis. Both the jurisprudence of the Constitutional Court and the Supreme Court endorse "the preference for the selective system of opposition and the rejection of restricted opposition."