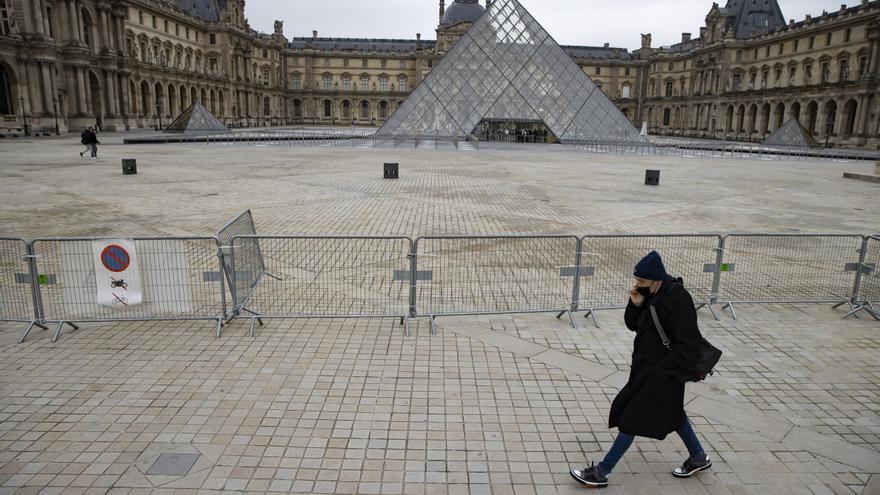 Paris, Feb 14 (EFE) .- France, a profane temple of artists, home to the largest museum in the world and the scene of the most important artistic trends of recent centuries, no longer has the same face. The country celebrates the sad record of having its museums closed for more than 100 days and with no prospect of reopening in the short term.

After more than four months closed during the first half of 2020, restrictions to curb the second wave of the virus in October led the Government to close cultural establishments throughout the country, which four months later remain closed to the disgrace and indignation of the French .

“I am very surprised that my country takes this measure without seeking solutions. I was convinced that the French peculiarity was to have a unique relationship with culture and I note that neighboring countries have established mechanisms to preserve cultural life in an adapted way and we have not” , the Parisian Jérémy Beaumont laments to Efe.

Beaumont, who works in marketing, does not understand why a progressive reopening has not been launched, with differentiated hours and reduced capacity, as precisely what those responsible for the cultural sector claim.

This week, some thirty leaders of museums and national monuments met with the Minister of Culture, Roselyne Bachelot, and the Minister of Health, Olivier Véran, with a series of proposals to allow a reopening with reinforced protocols.

They only got vague answers and the promise that once the infections subside they will be the first to receive the public again, but Bachelot refused to specify possible dates given the “instability of the pandemic.”

In parallel, the closure a week ago of the shopping centers, which had reopened in December after confinement with no restrictions other than the use of masks, has silenced at least some of the strong criticism that the Executive was receiving.

“One hundred days without cinemas, museums and theaters … but hey, I hope you have enjoyed the sales well during these one hundred days that you have had to enjoy shopping centers, much more interesting and that contribute so much culturally,” a Username.

It is the new mentality of institutions such as the Louvre, the Rodin Museum or the Louis Vuitton Foundation, but also of regional centers such as the Muséum de Toulouse or the de la Romanité, in Nîmes, among others, which have launched to offer guided tours narrated, in some cases charging for access.

A virtual world not to everyone’s liking, even young people, who believe that the measures imposed in France, where confinement was replaced by a curfew that now begins at six in the afternoon, are already too difficult above and are tired of not being able to enjoy any face-to-face activity.

“Today there is nothing fun in our lives apart from work, and that is the one who has it … This is starting to be too long and is destroying future generations psychologically and intellectually,” laments Astrid Mazoué, 28, resident Paris but who temporarily returned to settle in his hometown, La Roche sur Yon, in western France, during the second confinement.

In Perpignan (southeast), Mayor Louis Aliot, from the far-right National Agrupation party, decided this week to unilaterally reopen four municipal museums, as a sign of protest against the government’s decision to continue to close down these institutions.

Faced with mounting pressure, the Minister of Culture promised this week to guarantee a reopening “in several days” when the numbers of infections stabilize.

“I am in a perspective of several days. I hope to see a stabilization of the figures, a fall,” Bachelot said on France 2, again without specifying an exact date.

But the new infections are reluctant to fall below 20,000 a day, even if in recent days the number of deaths for each day is falling. And with this, the museums still do not see the light at the end of the tunnel.

On the other hand, the art galleries, considered businesses for legal purposes, were able to reopen in mid-December and are having more visitors than usual, with an audience hungry for culture.

An example is the small gallery L’Instant, which every weekend receives hundreds of people interested in a series of 1930 photographs of Frida Kahlo in New York, which are shown together for the first time, as the person in charge of the establishment explained to Efe , Julia Gragnon.

Worse than museums are show halls and cinemas, which due to the configuration of their activities have even less chance of welcoming the public again in the near future. They, at the moment, do not even enter the government’s calculations.

The “French-style” way of life, often claimed by Gallic politics and intelligentsia, is threatened without culture, bars or restaurants. At the moment, and thank goodness, the bakeries, another national symbol, are still open.