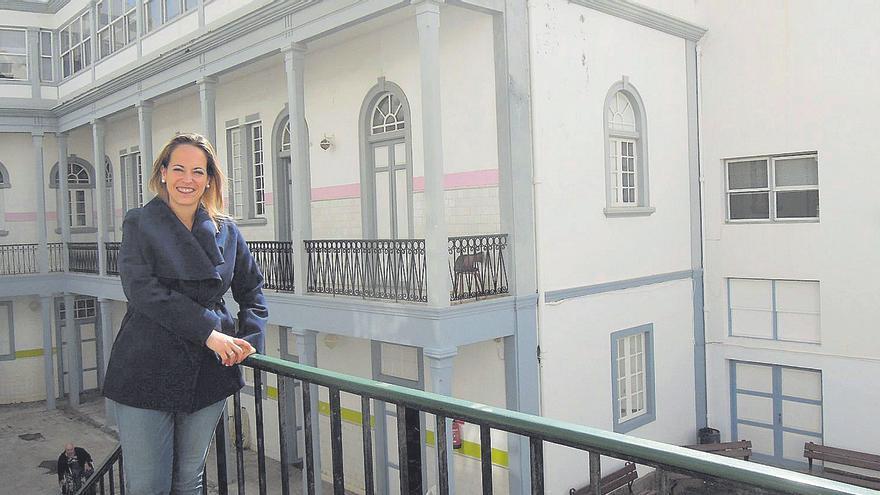 The Minister of Education, Crafts and Health of the Cabildo de La Palma, Susana Machín, has been vaccinated against Covid-19 skipping the protocol imposed by the Canary Islands Government and the Ministry of Health. Neither patient nor staff Canary Islands Health Service to receive the dose. It was not included in the list of health personnel or among the patients of the Hospital Nuestra Señora de los Dolores who had to receive the inoculation and, however, it was included in it by the medical director of the center, which depends on the Cabildo.

The Ministry of Health of the Government of the Canary Islands confirmed yesterday that the counselor was not on the vaccination list that the Canary Islands Health Service received from the Nuestra Señora de Los Dolores Social Health Center on December 23 to proceed with injecting the first dose, which was intended for health and social health personnel of the Islands and to the elderly residents in public and private nursing homes.

After the information published yesterday by this newspaper, the Government of the Canary Islands opened an investigation to find out the causes for which the Minister of Education, Crafts and Health of the Cabildo de La Palma, despite the fact that he was not in the group of people susceptible to vaccination, a circumstance that was confirmed yesterday by the director of the Health area of ​​La Palma, as well as the IT area of ​​the Ministry of Health, responsible for the documentation of this vaccination process .

The counselor was included in the list by “express order” of the medical director of the Social Health Center Hospital Nuestra Señora de los Dolores. “In the lists of personnel who should receive the vaccine, and which were initially sent to the Canary Islands Health Service, no, were included, by the administrative personnel who sent it, some people who should be in this selection, but who they did not belong to the center’s staff. This medical direction was personally ordered to include them among the personnel to be vaccinated, when the personnel of the Canarian Health Service traveled to our center ”, explains the director of the hospital, who ignored the Canary Islands and state regulations about vaccination.

The head of the hospital justifies his decision in the vaccination strategy against Covid-19 in Spain, by which it is established that the first priority group for vaccination is that of residents and health and social health personnel who work in nursing homes. In the case of the counselor, and according to the report of the medical director released by the Ministry of Health, “Susana Machín Rodríguez was also included, since she goes to the center daily, where she has an office, interacts with patients, relatives and with the rest of the workers continuously ”.

It is precisely that same justification that the Cabildo of La Palma, which through a joint statement from the island government group, made up of the PP and the PSOE, argues that the counselor was included in the vaccination process of patients and staff of the Hospital de Nuestra Señora de Los Dolores after “consulting the Service Canario de Salud and be advised “to register on the vaccination list of the center,” where it has its office. However, the Government of the Canary Islands disavows this version. Machín was framed in the relationship of patients and professionals of the Hospital de Dolores, “made by the management team for vaccination”, despite the fact that the counselor is not a staff of the center or a patient, a circumstance of which the Canary Islands Government.

The Cabildo argues that the list of vaccinated not only contained the health personnel, but also all the workers of the center, such as the kitchen, cleaning, maintenance, laundry or administrative departments, “and also the counselor because she works daily in these facilities and maintains contact with workers, patients and their families ”. “The counselor carries out her work in the facilities of the Hospital de Dolores”, the only health center on the island dependent on the island corporation, and which welcomes patients with chronic diseases, of advanced age, who are considered high risk.

From the Cabildo they insist that the Hospital de Dolores is the official work center of Susana Machín, “Where is most of the working day”, although his official office is in the Casa Rosada, especially for procedures related to the areas of Education and Crafts. The hospital, despite this official clarification, is not the counselor’s usual workplace.

The Cabildo insists that yes: “It has an office and lives in these facilities on a daily basis both with the health personnel and with the patients themselves”. The government group also considers that it would have represented a risk for the safety of the users of the center if the counselor Susana Machín had not been vaccinated. In fact, they highlight that the counselor was also included in the two screenings carried out by the Canarian Health Service at the Hospital de Dolores, through PCR tests. Despite these explanations, according to the guidelines approved by the Government of the Canary Islands and the Ministry of Health, the counselor should not have been vaccinated.

The counselor defends her vaccination because due to the health pandemic she decided to move her usual place of work to the Hospital de Dolores, where, she says, she has “Totally committed to his staff and patients”. Machín is not a health or social health personnel and among her responsibilities as a counselor is not to care for patients.

Machín insists that when it was the turn to carry out the vaccination at the center, a communication was made with the Canary Islands Health Service to include it in the process, which was denied by the Ministry of Health in your statement.