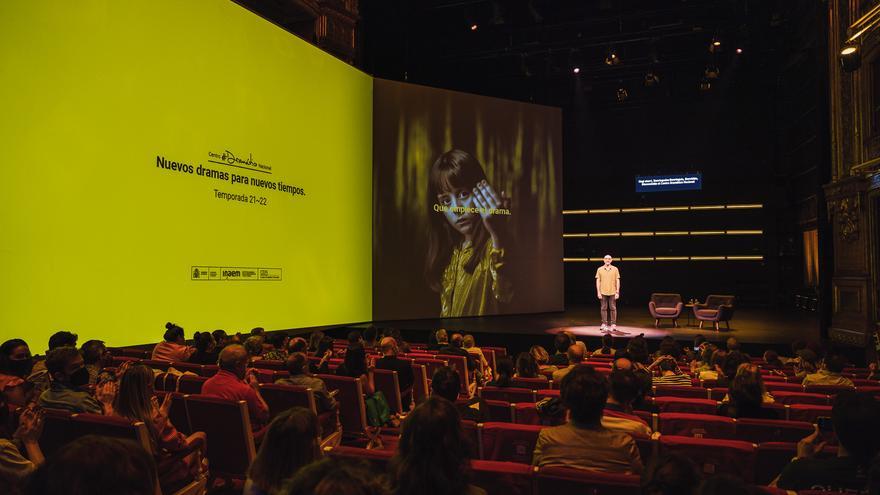 The call for public employment places in the theaters of the National Institute of Performing Arts and Music (INAEM) has arrived unexpectedly: in the BOE of this past August 2 and with the profession going on vacation. “Treacherously,” say the sources consulted. The good news of the opening of places, which has not been carried out for ten years, is accompanied by the jug of cold water that means that most of the people who are in the job bank, usually working as theater councilmen, cannot get a place fixed because he does not have the qualification of Professional Training in Making Audiovisual Production and Shows, usually studied to be a television producer.

Bachelor’s or higher degrees, master’s degrees, years of experience do not matter. At least 30 theater councilors with recognized trajectories in their field are not eligible for the five seats that the INAEM has just opened for the Zarzuela Theater, the National Dramatic Center, the National Classical Theater Company and the National Auditorium. And more to come, as confirmed by the union Commissions Workers.

The work of the alderman is invisible to the public of a musical, a play, opera or dance, but instead it is essential and indispensable. It is the guarantor that the show comes out every night as the stage director intended. That everything comes in and goes out at the right time. Let nothing fail in the rundown. It is the true scaffolding of the function.

The person who ranks number one in the aforementioned job bank, with the highest score, is a regular alderman of the Teatro de la Zarzuela. In addition, he is the author of the reference manual for teaching this indispensable profession of theatrical productions, the book that is studied in schools. His name is Fernando Cuadrado, 52 years old. Degree in Law and Master in Cultural Management from the University of Zaragoza. 20 years of experience as a councilor, with experience at the highest level. Professor of stage management at the University of the Basque Country and at the Public School of Cultural Training of Andalusia. “I am left out of the opposition,” he admits, astonished at the decision made by the Ministry of Territorial Policy and Public Function.

The unions have been negotiating since the IV Unique Labor Personnel Agreement of the Administration was signed, in May 2019, so that this does not happen. CCOO proposed that in addition to the higher technical vocational qualification other higher qualifications could be used, but this position was not supported by the other two participating unions, UGT and CSIF. The INAEM itself, together with the union delegates, focused the negotiation on the request for a moratorium of three or five years, so that the councilors (and other professionals who are also affected) in active service could extract both from their work and personal time years required to complete the 450 hours required for this FP. “Since the INAEM, and until the last moment, this alternative has been defending in the Joint Commission of the Collective Agreement, whose last meeting was on July 20,” they explain from sources from the Ministry of Culture. Nor were they granted. Yes, a transitional period was approved for machinery, tailoring, props, production technicians and technical assistants. On the other hand, there was no agreement in the rest of the requested ones, among them the council. The reason is that there are regulated studies since the 2012/13 academic year, but that logically leaves out all the councilors who have been in the labor market since before 2015. “The Administration imposes a radical change on us and does not give us a period transition “, says Mario Villoria, secretary general of CCOO at INAEM.

According to Pepa Hernández, president of the Association of Show Management, the requirement of these specific FP studies, which cannot be validated by others, “leaves the 30 people who make up the job bank the best prepared according to the Ministry of Education. Culture, without being able to opt for a place “in public performing arts centers. She herself, 54, a councilor at the Teatro Real, with 30 years of experience, a university degree in Philosophy and trained at the Center for Spectacle Technology (CTE), dependent on the Ministry of Culture, could not stand for this opposition. Precisely, Cultura created the CTE to offer comprehensive and quality training for stage professionals, but these are studies that do not confer official ownership. Along with the CTE, there are only two schools in Spain that give leadership courses that have the prestige of professionals and ensure good global training: the Institut del Teatre en Catalunya and the School of Cinema and Performing Arts in Seville. But no, these formations no longer have the value to work as a public official in the National Dramatic Center or the National Classical Theater Company.

The only higher-level vocational training cycle that is valid in this case, called Realization of Audiovisual Projects and Shows, is focused on television. Of the ten specialized training modules that it consists of, in total there are four dedicated to the performing arts, one of them being the theater director. “A subject that is almost a ‘maría'”, values ​​Hernández. “In that course the councilors are not trained, the students who leave there do not know what it is to be on stage. Professionals trained in the theater and with many years of experience are needed,” adds the president of the Association, who has This year sent two letters to the Ministry of Culture exposing the situation, without obtaining a response. Hernández is confident that he can challenge these oppositions. “With this type of performances we are charging ourselves with the theater trades, we are afraid of losing them,” says this professional, who is also a professor at the aforementioned CTE. The danger is not only for the councilmen, because other professional groups such as the utility workers, who build all the elements that a function needs, or the illuminators are in the same situation.

“We find that the educational system is not adapted to the theatrical professions”, explains Mario Villoria. That is the reason why moratoriums have been requested, so that little by little the Vocational Training homologated to other European studies be able to be a training gateway of quality and prestige. By not granting them a transition period, “there is no room for maneuver.” “Professionals cannot get a degree overnight, they are left unprotected,” he adds. Like Hernández, Villoria will continue to seek a solution to this conflict: “There is nothing irremediable, it can be rectified, but it must be fought.”

Tags: aldermen, audiovisual, decades, do not, experience, fixed, FP, have, public, square, Theaters, will be able