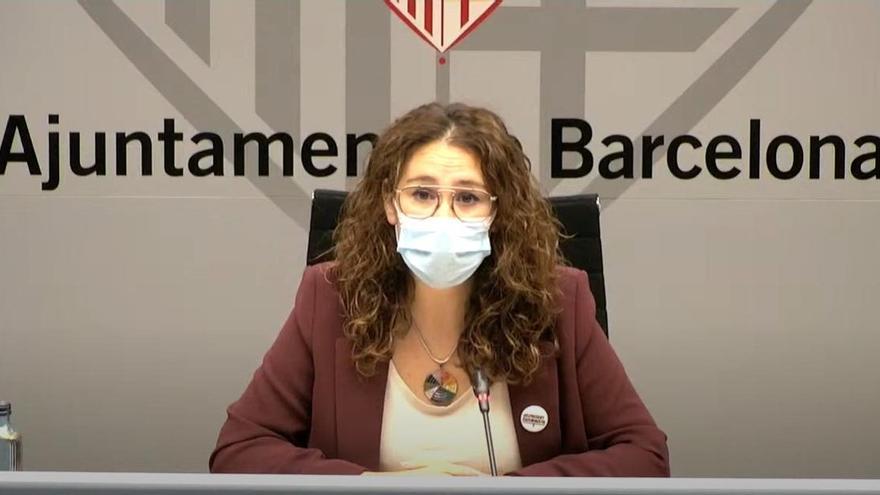 The Deputy Mayor for Social Rights of Barcelona, ​​Laura Pérez, has lamented the shooting of a ‘homeless’ man by a police officer who allegedly tried to attack him with a knife this Saturday in Paseo Sant Joan, and that he is still admitted seriously “but stable”.

“We are following with concern the state of health of the person who was injured,” explained Pérez, who this Sunday morning has contacted the health authorities to find out how he is evolving.

The Deputy Mayor for Prevention and Safety of the Barcelona City Council, Albert Batlle, reported that the event took place shortly before 7:00 p.m., at number 44 of Paseo de Sant Joan. A patrol had traveled to that place following a complaint from a neighbor that there was a person who was causing a nuisance on the street.

When the agents went to the scene, the man, visibly “upset”, allegedly tried to attack the police with a large knife. After that, an agent drew his weapon and fired two shots. One of the bullets hit the man in the abdomen. The citizen, of Hungarian nationality, was transferred in serious condition by members of the Medical Emergency System (EMS) to the Sant Pau hospital in Barcelona, ​​where, according to Batlle, he is stable waiting to be operated on.

The Deputy Mayor for Social Rights, Laura Pérez, explained that the municipal services that attend to the homeless had contacted the man, who before the incident was “in the first stage of diagnosis.” The teams working in the street were going to initiate an intervention once they had generated a bond of trust with him.

The 43-year-old man had been in the city for a few months and the City Council began to follow his case after the Fundació Arrels referred him. He lived in a bank in front of number 29 Passeig Sant Joan at least since July, when the entity, which is dedicated to assisting homeless people, was notified of his presence. “He was not an aggressive person. He was very reserved and did not give much information. We did sense a mental health disorder, but not one that entailed violent behavior,” explains Andrés, an educator at the entity who treated him on different occasions.

Despite the fact that this Saturday’s incident was caused by complaints from neighbors, Andrés assures that no one ever told them that it caused problems. From what little he said, always in English, they knew he was from Hungary, but not much else. “The feeling is that he was a very calm person who did not want to be disturbed”, summarizes this educator.